Slavia - Olomouc
Goals: 26. Olayinka, 60. van Buren - 7. Yunis
Radio
Slavia defeated Sigma Olomouc 2-1 in their last game of regular season thanks to goals by Olayinka and van Buren.
The red-whites came with similar starting XI as in the Derby against Sparta on Wednesday with Mick van Buren supported by Olayinka and Masopust in front. Only Vladimír Coufal returned after injury on his position as right back.

Despite Slavia starting better it was Sigma who scored first. After 7 minutes Zahradníček sent his cross into the box and Jakub Yunis headed the ball in. The was the first – and eventually the last – attempt on goal Slavia allowed their opponents.

Slavia were trying to equalize. Mick van Buren was close after 19 minutes but goalkeeper Mandous managed to block his header over the crossbar. Few minutes later Olayinka was in good position but wasted his chance to shoot and Olomouc defenders stole the ball from him.

On 26th minute Lukáš Masopust sent a through pass to Peter Olyinka on the left side of the box and Nigerian midfielder fired the equalizer through Mandous with his left foot. It was thus 1-1 at half.

The home side put pressure on Sigma after the break and could score just few minutes into the second half, but Bořil was denied by Mandous with is volley from inside the box. On 53rd minute Deli fired after cross by Masopust but aimed over the crossbar.

Slavia scored the winner exactly after an hour. Král sent another through ball, this time to Mick van Buren, and the Dutch striker fired the ball through Mandous on the near post to make it 2-1.

The red-whites then controlled the game an did not allow Sigma into any dangerous situation. Slavia thus kept their 4-point difference on top of the league table and will go to the Champion’s Group from the first spot. 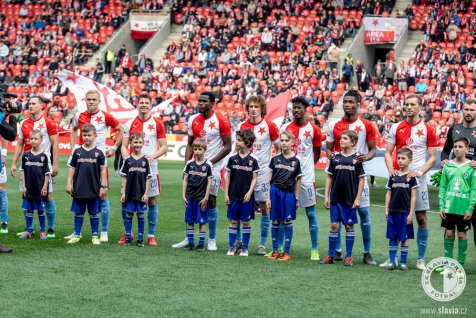 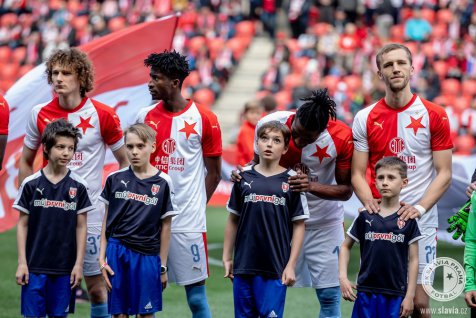 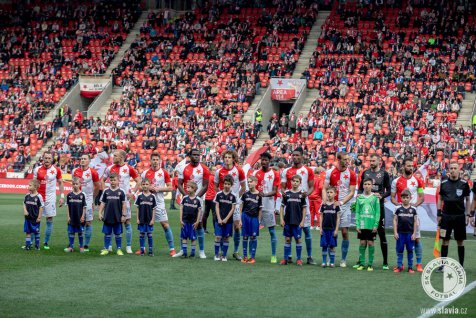 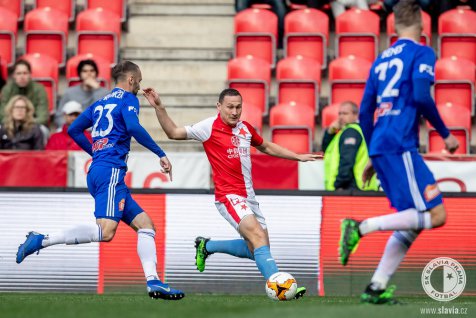 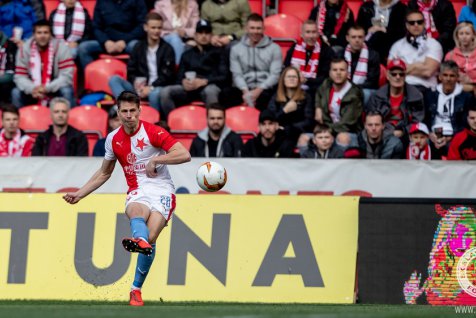 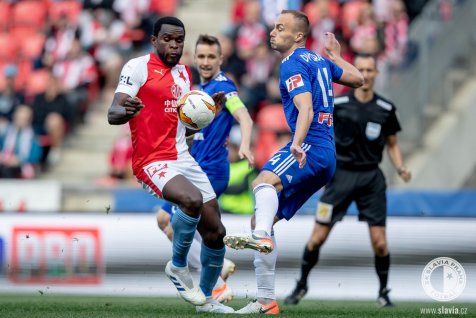