Slavia - Bohemians 1905
Goals: 9. Hušbauer, 49. Frydrych, 56. Kúdela, 90. Traoré
Radio
The red-whites with 10 changes in the starting XI in compare to last game in Cluj won 4-0 home against Bohemians 1905.
Slavia manager Jindřich Trpišovský made 10 changes into the starting XI in compare to the Champoins League play-off in Cluj on Tuesday. The only player who remained on the pitch was centre-back Ondřej Kúdela, first minutes in 2019/20 season got Alexandru Baluta and Stanislav Tecl and 18-year old goalkeeper Jakub Markovič made his maiden start for Slavia first team.

And Slavia could not wish for a better start. Just after 9 minutes Josef Hušbauer fired from a free kick and his stunner from 25 metres found the top right corner of Fryšták’s goal. 1-0 for Slavia.

The red-whites created more chances around 20th minute, but Yusuf headed the ball over the crossbar and Fryšták blocked low shot by Zelený few moments later.

The game equalized in remaining minutes of the opening half time, but Bohemians have not created any serious chance. On 22nd minute Bartek fired from sharp angle and Markovič blocked his effort, which eventually turned out to be the only shot on goal from Bohemians in the whole game.

Slavia doubled their lead on the beginning of the second half. After 49 minutes Ševčík sent high cross from the corner kick, Bohemians players accidentally blocked their own goalkeeper and Michal Frydrych headed the ball into an open net on the far post. 2-0.

Only 7 minutes later after another corner kick Fryšták managed to punch Frydrych’s shot in front of the goal, but the other centre-back Ondřej Kúdela appeared unattended in the box and added third Slavia goal of the night. 3-0.

Bohemians couldn’t create any opportunity in the second half. On top of that Kamil Vacek saw second yellow card on 59th minute and the away team was down to ten men for more than half an hour. After 73 minutes Hůlka tried his luck from the brink of the box but fired wide in what was the only Bohemians shot of the second half.

Slavia managed to add fourth goal of the night in the added time. Baluta’s backheel found Milan Škoda on the brink of the box, Slavia forward passed the ball through Bohemians defence ad Ibrahim Traoré fired it through Fryšták. 4-0.

The sewn-ones thus remain on top of FORTUNA:LIGA, currently 6 points ahead of Jablonec. On Wednesday they will face CFR Cluj home on Sinobo Stadium in the Champions League play-off second leg (kick-off at 9 pm). 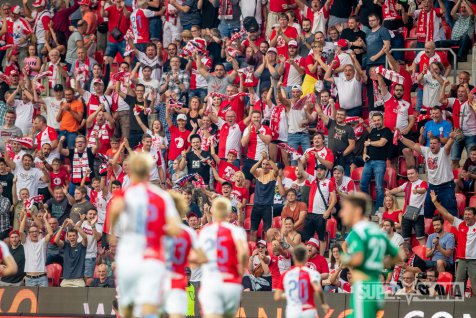 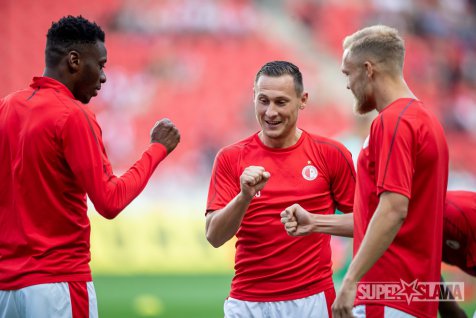 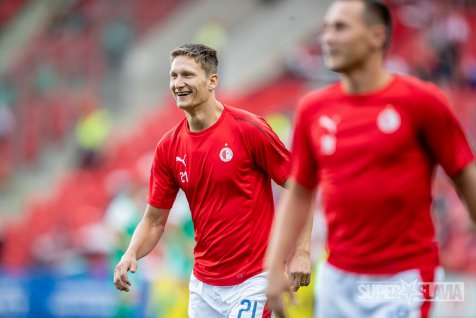 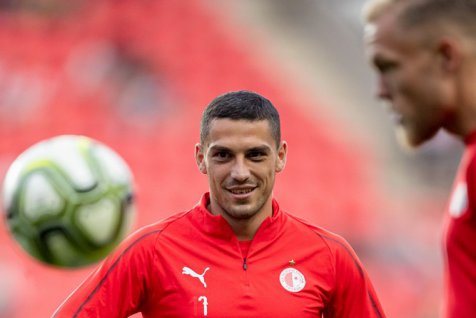 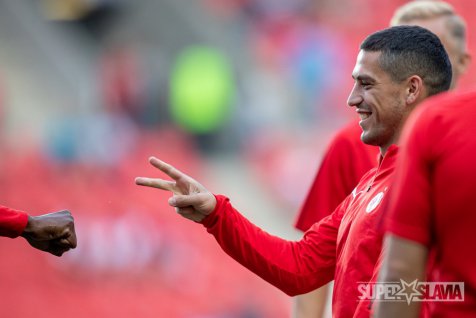 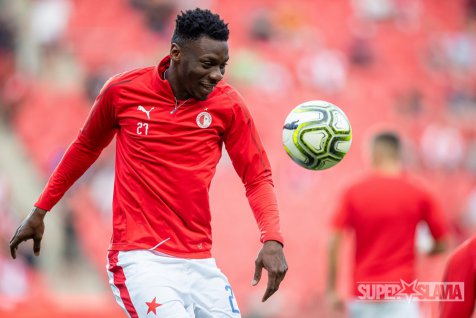