Liberec - Slavia
Radio
The Red-Whites failed to find a way past Liberec defence in the first round of the additional final stage of FORTUNA:LIGA as the game ended goalless.
The head coach Jindřich Trpišovský picked an identical starting line-up as in previous match against Olomouc. Josef Hušbauer celebrated his 100th appearance for the club as he started the game with the captain’s armband.
The game started off in high tempo and the first opportunity to score emerged after Nguyen’s mistake as he only passed the ball to the feet of Slavia players. However, Peter Olayinka was quickly pressed by the returning defender and failed to pull the trigger.
The first half offered very physical display by both sides but Slavia as well as the hosts didn’t test the opposite goalkeeper once. The Red-Whites came close with Jan Bořil’s blocked effort and then once again in 43rd minute when Mick van Buren controlled the high ball with his chest and fired towards the goal. However, Liberec defence was quick to react and cleared the ball into the safe area as the first half came to an end.
After the break Slavia looked fresher, more aggressive and more as a side chasing the victory in comparison with the hosts, who concentrated mainly on defence.
The biggest goal-scoring opportunity came in 53rd minute. Liberec failed to clear Josef Hušbauer’s free kick and the ball bounced right in front of Peter Olayinka. However, the Nigerian‘ pinch-perfect low volley was denied by goal-line clearance of the opposite defender.
On the 69th minute Mick van Buren unleashed a powerful shot but it wasn’t accurate enough as it only smacked the side net. Miroslav Stoch, Milan Škoda and later on Alexandru Baluta were eventually brought on the pitch by Jindřich Trpišovský to freshen up Slavia offense with some new ideas.
Slavia players created a few interesting opportunities as the game approached to the end but failed to find the back of the net. The first match of the final additional stage of FORTUNA:LIGA against Liberec ended in a goalless draw. Thus, the Red-Whites missed the chance to increase the lead in the league table. 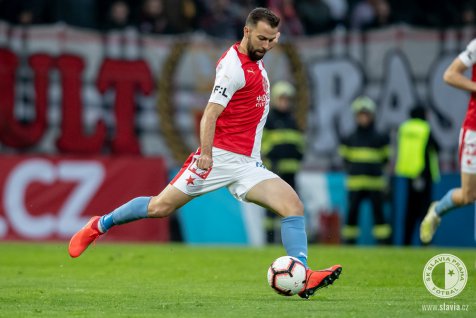 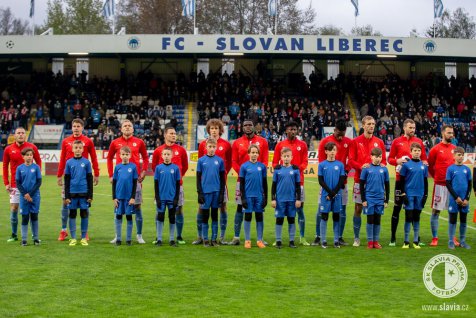 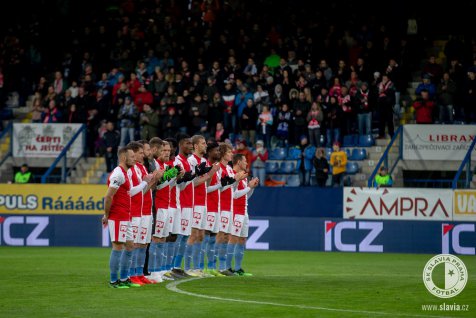 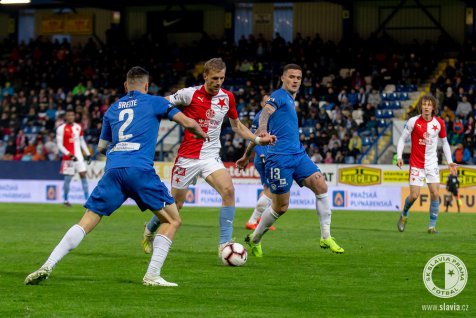 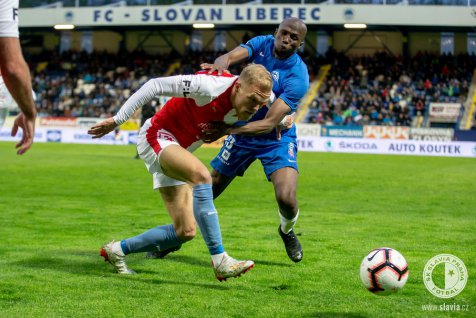 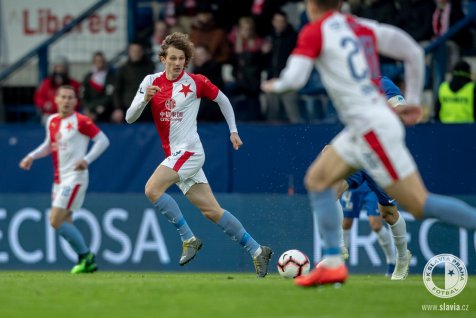