Jablonec - Slavia
Goals: 70. Souček , 73. Olayinka
Radio
Tomáš Souček and Peter Olayinka scored in the second half to secure two-goal win over FK Jablonec. Slavia are now 6 points ahead of Viktoria Plzeň.
Just 4 days after the Champions League game against Dortmund Slavia travelled for another important league game against 3rd team of the table FK Jablonec. The Red & Whites started with only 2 changes in the starting line-up: Hušbauer replaced Ševčík in the midfield and Frydrych started instead of injured Hovorka as a centre-back.

Just 2 minutes into the game Slavia got into their first chance, but Stanciu missed with his effort from sharp angle. But the fans had to wait till 30th minute for another promising opportunity when Nico Stanciu took a free kick from the left side and Hrubý had to block his effort by the left post. Shortly afterwards Frydrych headed wide following Slavia corner.

Slavia had the possession in the first half and managed to create chances. After 41 minutes Hušbauer sent through pass into the box to Olayinka, his shooting cross ended on Coufal’s boots and our right back missed the near post. On the other Side Jovović wen alone on Kolář from left side but missed the far post.

The biggest chance of the opening half came in its last minute. Hušbauer took the corner, Souček headed inside the box and Hrubý had to block his attempt on a goal line.

The red-whites started the second half in the same style and Stanciu fired from the brink of the box on 49th minute, but his volley missed the woodwork. Shortly afterwards Souček headed in dangerous position again but Hrubý denied him for the second time.

Slavia sent in Provod for Masopust but on 65t minute it was Stancu who was close o goal when deflected cross found him inside box, however Romanian midfielder fired the ball wide.

The away team didn’t manage to break the deadlock till 70th minute when after a good work by Provod Stanciu’s low shot was blocked by Hrubý and Tomáš Souček rebounded the ball with the help of left post. 1-0.

After an opening goal Slavia created several chances and added second on 73rd minute. Nico Stanciu sent a low cross from right wing, Peter Olayinka was first on ball on the near post and sent the ball along Hrubý into the net. 2-0.

The game equalized after the second goal, but Slavia managed to deny Jablonec in their chances during the last ten minutes. On the other hand – Souček tried his luck with a lobbed ball from the brink of the box and Frydrych’s header was blocked by Hrubý.

The Red & Whites thus won 2-0 in Jablonec and are six points ahead of Plzeň after Viktoria lost 1-2 to Mladá Boleslav. 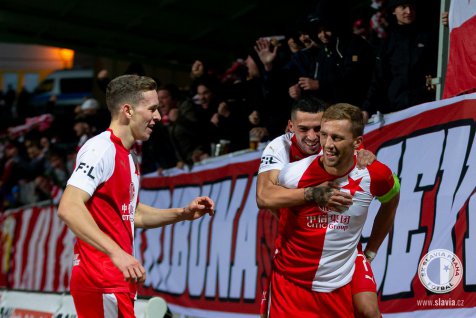 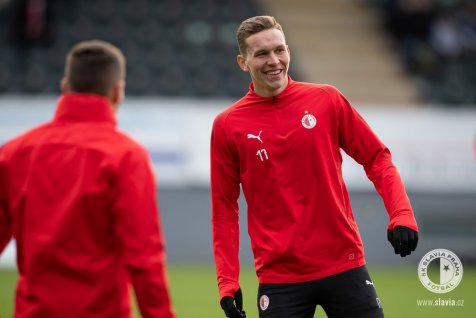 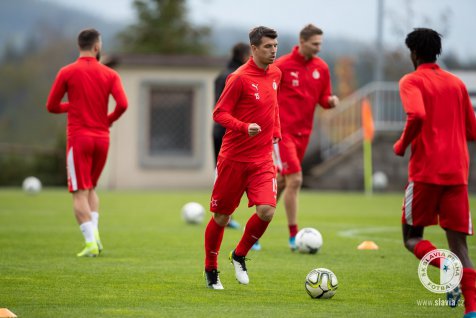 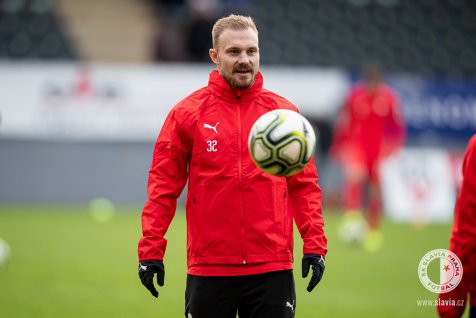 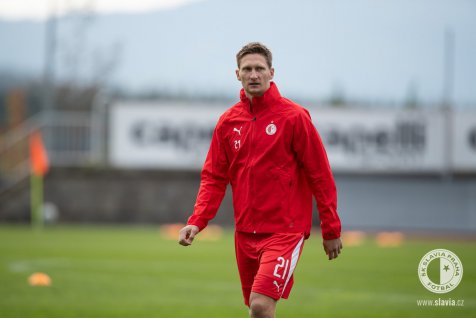 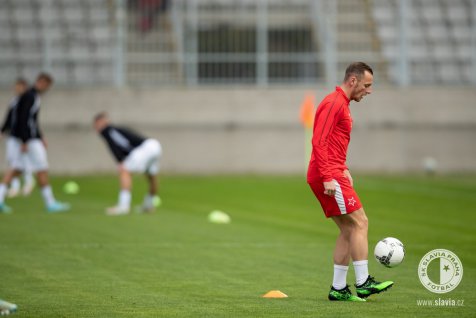