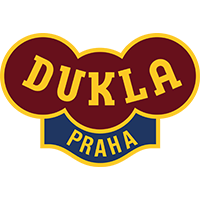 Slavia - Dukla Praha
Goals: 14. Coufal, 21. a 85. Stoch, 49. Olayinka - 66. Schranz (p)
Radio
Slavia have won 4-1 in “small“ Prague derby against Dukla. Miroslav Stoch scored twice to make it 5 goals in his last 4 league games.
Manager Trpišovský has made 4 changes in compare to Europa League game in Copenhagen. Zelený and Deli replaced Bořil and Ngadeu on the left side of defence, Baluta started instead of Traoré and Olayinka – former Dukla player – instead of Zmrhal.

Slavia could score just 2 minutes into the game, but Baluta missed with his bicycle kick following Matoušek’s shot punched away by goalkeeper Rada. However, 14 minutes into the game the red-whites opened the score when Olayinka sent long cross from the left wing and Vladmír Coufal fired his volley through Rada.

On 21st minut, Miroslav Stoch confirmed his label as the best striker of the club in this season and doubled the lead with beautiful left-foot curled shot, which fitted into the top left corner of Dukla net. After half an hour, the red-whites scored third when Coufal found Souček in front of an open net, but the goal was disallowed due to previous flagged offside.

Slavia haven’t allowed Dukla a single shot during the opening 45 minutes and continue to set the pace of the game after the half-time break. At minute 49 Peter Olayinka was the first to find the deflected ball inside of the box and fired it under the crossbar to make it 3-0.

Slavia then allowed Dukla a little more space and the guests created several chances. On 67th minute the referee after consultation with VAR blew for a penalty following Coufal’s tackle and Ivan Schranz made it 1-3 from the spot. At that time, Milan Škoda returned on the pitch after almost two-month injury replacing Jan Matoušek.

But last word belonged to Slavia anyway. Five minutes into the final whistle Miroslav Stoch latched onto Souček’s pass and fired the ball through Rada on the far post. It was his second of the night and seventh in the current season which makes him the best Slavia striker.

Slavia is thus seven points ahead of Sparta before the Prague Derby next week. The red-whites are on top of the table with two-point lead ahead of Viktoria Plzeň. 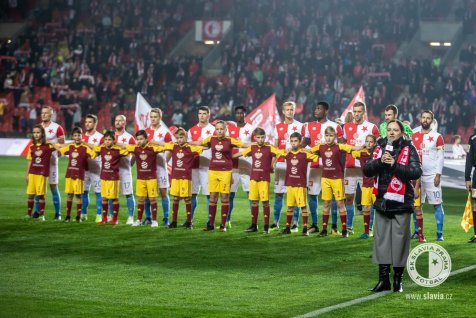 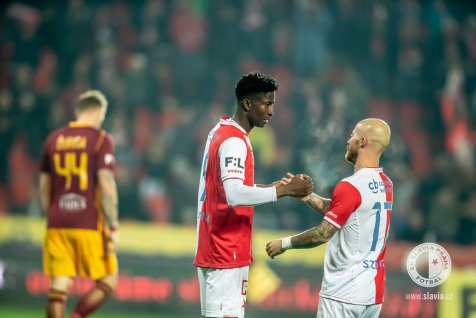 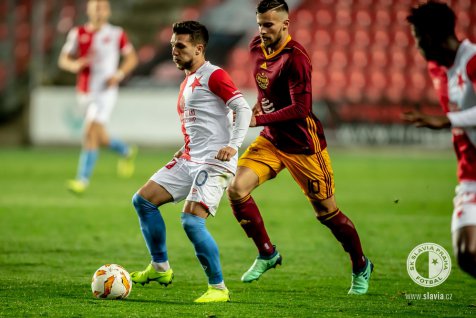 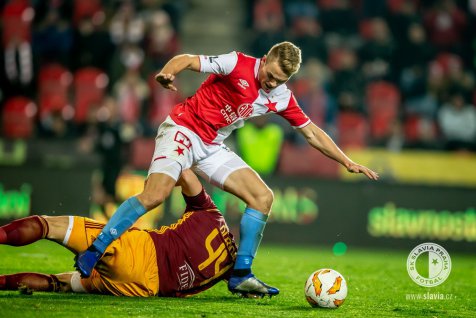 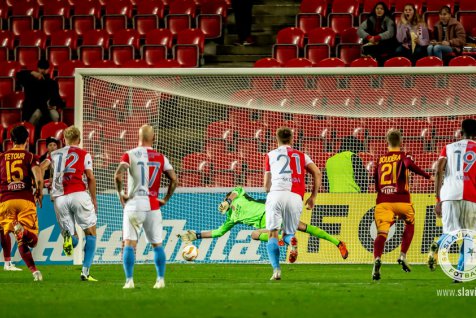 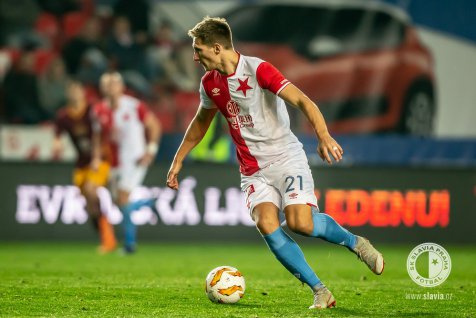