Slavia - Zlín
Goals: 22. Frydrych, 45. Stoch (p.), 47. Stoch - 17. Vyhnal
Radio
Slavia were one goal down early in the game against Zlín, but thanks to Frydrych´s rebound and two goals by Miroslav Stoch came from behind to beat Fastav Zlín 3-1.
First complication came even before the game started. Injured goalkeeper Ondřej Kolář had to be left out from the line-up and replaced by Přemysl Kovář, who started in his first league game this season. On the other hand, captain Josef Hušbauer returned after injury and started as defensive midfielder next to Tomáš Souček.

Before the game both clubs honoured war veterans wearing special camo shirts (there was also military-themed fan zone in front of the stadium). Slavia Chairman of Board Mr. Jaroslav Tvrdík then presented a 100.000 CZK donation for REGI Base foundation helping Czech war veterans.

Slavia had poor home record with Zlín (0-1-2 last 3 games) which was confirmed just 17 minutes into the game. Bartošák sent his cross from left wing into the box and former Slavia striker Pavel Vyhnal fired the ball through Kovář leaving no chance for our goalkeeper.

The red-whites were one goal behind but managed to react quickly. On 22nd minute Olayinka headed Hušbauer’s cross from the corner into the woodwork and Michal Frydrych was the first to rebound the ball into the net.

Slavia then set the pace of the game. After half an hour Baluta could took lead for the red-whites but missed close with his lobbed ball.

However, on 45th minute came first shining moment for Miroslav Stoch. Josef Hušbauer was tackled on the brink of the box, Stoch took free kick and sent the ball over the wall into the bottom left corner of the net. Slavia took lead just seconds before the first half ended.

But it was not all from Slovak international. On 47th minute Zlín Matejov blocked the ball with his hand inside of the box and the referee blew for penalty. Miroslav Stoch took the ball and converted from the spot with firm shot below the woodwork.

Stoch confirmed his position as the top Slavia striker this season and with 9 goals is now the second best striker of the Czech FORTUNA:LIGA.

Zlín had several chances during the second half but neither Hronek, nor Beauguel succeeded against Kovář. On the other side Olayinka could fire into an open net after Frydrych’s pass on 83rd minute but missed the post with his low shot.

Slavia this broke the Zlín “curse”, came from behind and won 3-1. The red-whites are now on top of the league table two points ahead of Viktoria Plzeň (1-1 with Příbram) and 7 points ahead of Sparta. 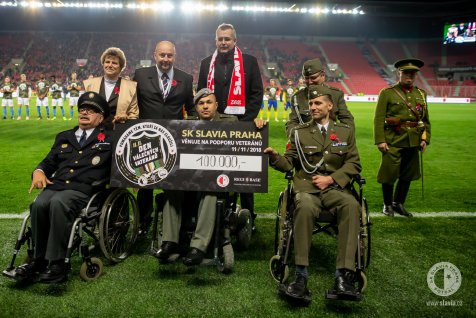 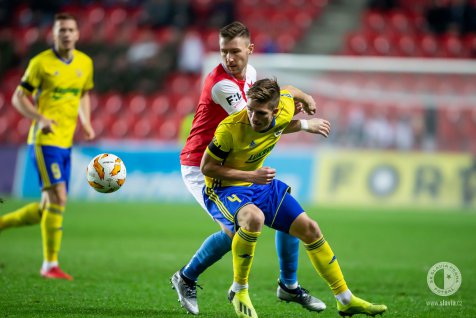 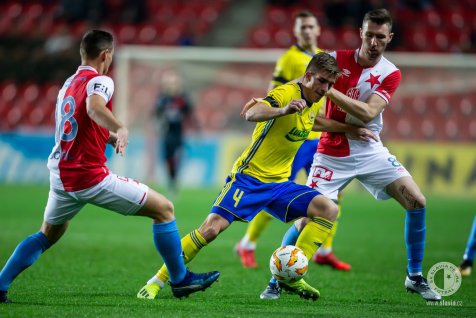 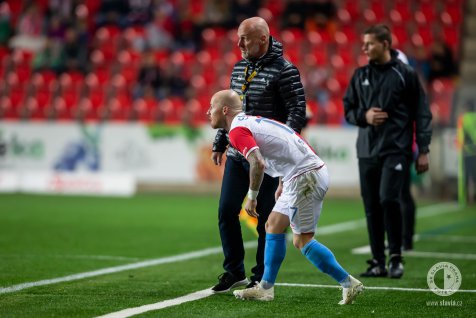 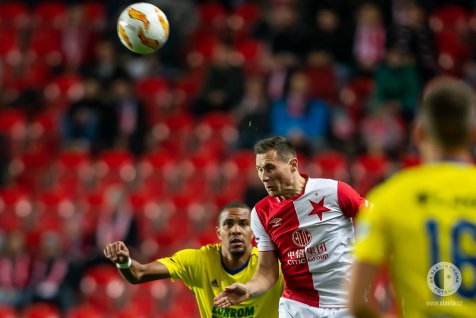 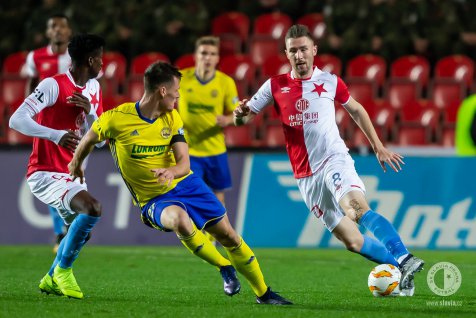