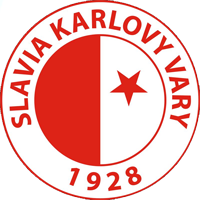 Manager Jindřich Trpišovský made a number of changes against the team with the same name but from a different city. Jan Stejskal replaced Ondřej Kolář in goal, Lukáš Masopust started as right-back, Ondřej Kúdela partnered Taras Kačaraba in central defence and Oscar Dorley started on the left side of defence. Ibrahim Traoré played as defensive midfielder. Ondřej Lingr, Michal Beran, Tomáš Rigo and Denis Višinský played in central midfield and Stanislav Tecl started the game up front.

Slavia started the game very confidentally and we could see the first shot on goal in the 2nd minute. Lingr sent the ball from the right wing to the middle of the penalty area to Tomáš Rigo who’s shot was saved by the goalkeeper.

The game did not start well for the underdogs. After Ondřej Kúdela sent a nice cross behind the defence to Denis Višinský, the young winger was fauled by the goalkeeper and the referee pointed to the spot. Ibrahim Traoré took on the responsibility, sent the ball into the middle of the goal with a powerful shot and the goalkeeper dived the wrong way. 1-0 after three minutes!

Slavia could double its lead in the 8th minute of the game. The ball got to Ondřej Lingr who was standing right in front of the goal line after a corner kick. He sent the ball into the net but the goal was dissalowed because of an offside position of the midfieder.

Slavia scored a second goal in the 24th minute. Denis Višinský had the ball on the right win, passed it in front of the box to Michal Beran who returned it back to Višinský into the penalty area. Višinský dribbled trough the defence and finished to the far post from close range to score his first goal for Slavia!

Just three minutes after the second goal, the Red-whites scored again! Slavia sent the ball from the right wing to the penalty area and the defenders cound not clear it. It got to Lingr who had an easy job finishing into the open net.

In the 34th minute, Denis Višinský got another assist when he crossed the ball behind the defense to Stanislav Tecl who was running on goal being chased by the defense. The defenders could not catch up with him and he beat the goalkeeper to make it 4-0!

The Red-whites scored again in the 38th minute! Petr Ševčík, who came on in the 30th minute, crossed the ball from the middle of the field right in front of the box to Denis Višinský who passed it to Tecl with his first touch. Tecl shot from the edge of the penalty area and beat the goalkeeper to make it 5-0!

Karlovy Vary were able to pull one back four minutes before the end of the first half. Zdeněk Skala had the ball a few metres in front of the box and wanted to cross the ball to the far post. But his cross was accidentaly deflected by Lukáš Masopust, the ball changed its direction and flew into the net behing Jan Stejskal. 5-1.

But it was the Red-whites who had the last say in the first period of the game. In the 45th minute, Ondřej Lingr crossed the ball from left wing into the middle of the penalty area to Stanislav Tecl who shot with a volley right between the goalkeeper’s legs to make it 6-1!

Ondřej Lingr scored a brace four minutes into the second half! A series of passes between Masopust and Ševčík on the right side of the box ended with a nice pass to the penalty area to Lingr who finished to the left side of the goal and the goalkeeper stood no chance! 7-1.

Karlovy Vary replied just five minutes after that. After a corner kick was played in from the right side of the pitch, defender Ludvík Tůma made a great run and finished with a header to the far post to make it 7-2!

In the 58th minute, Slavia made it 8-2 after Oscar Dorley sent the ball from the left side of the box to the middle to Denis Višinský who shot at goal and the ball was deflected by a defender into the net!

Slavia’s ninth goal came in the 65th minute. Denis Višinský wanted to pass the ball from the left side in front of goal, but it was deflected into the net by one of the defenders!

Karlovy Vary managed to score their third goal. Matouš Nikl lost the ball in the middle of the field and Fencl finished it between Stejskal’s legs. But the last goal was scored again by Slavia. Lingr sent a cross behind the defence, Tecl was trough on goal and beat the goalkeeper with a shot to the left side of goal!

The Red-whites won the game 10-3 and will play their next game on 7th March against Ostrava in the FORTUNA:LIGA!

Draw in Ostrava puts an end to title hopes

Slavia drew 1-1 against Baník Ostrava and with one game of the league final left lost their chances to win the fourth consecutive title.
More
A team

Ibrahim Traoré scored against Slovácko to celebrate his 150th appearance for Slavia.
More

👏👏👏 Slavia Ladies could enjoy their title celebration in front of a full Eden yesterday! What a moment!
twitter

Congratulations to Moses Usor 🇳🇬 on his maiden start for the first team! Usor joined Slavia from the same academy in Nigeria as Peter...
twitter

Not an ideal finish of the season.FULL-TIME REPORT ➡️ en.slavia.cz/zapas.asp?id=D… #slaspa #303derby
twitter

⏱️ FULL TIME | No points added at the very end of the season. #slaspa #303derby