Slavia - Sparta
Goals: 20. Souček - 53. Plavšić
Radio
Slavia were better in emotional 291st Prague Derby and took lead by Souček, but Sparta managed to equalize after the break.
Slavia started with Škoda as lone striker and with 5 overall changes in compare to Europa League game with Chelsea on Thursday. The 291st mutual game against our city rivals started in great pace and with many tackles and 1-on-1 duels from the very first minute.

After 12 minutes first key moment of the opening half occurred. Škoda found Hušbauer behind Sparta defence with his through pass, our midfielder was brought down by Nita and the referee pointed on the spot. Howefer, after VAR there was no penalty and the situation ended with a yellow card to Hušbauer.

But Slavia took lead just 8 minutes later. Hušbauer’s cross from the corner found Tomáš Souček’s head inside the box and our midfielder found the back of the net behind Nita.

Another VAR situation came after 28 minutes. Souček was clearly held inside the box after another cross from the corner, but this time again the referee decided not to award a penalty to Slavia.

Tough game with many aerial duels continued in the second half as well. Milan Škoda could add second for Slavia on 47th minute after failed back-pass attempt by Frýdek, but goalkeeper Nita managed to block his effort in a 100% chance. Two minutes later Král managed to slip through two Sparta players and tried his luck from the left side of the box but missed the far post.

On 52nd minute Sparta managed to equalize after another corner kick. Slavia managed to clear the ball, but Plavšić stopped it behind the box and Kolář could not reach his effort from about 23 meters.

Slavia were better even after the equalizer and set the pace of the game. The red-whites tried long balls behind the defence resulting in several promising counter-attacks, but Zmrhal fired the ball above crossbar with is left foot and Masopust was blocked by Sparta defence inside the box.

Slavia sent Stoch and Van Buren on the pitch after 70th minute and the red-whites put Sparta under pressure. After 76 minutes Hušbauer sent his cross-shot about two meters next wide from the left post, on 82nd minute kanga tackled Hušbauer and Slavia was awarded a free kick, Stoch’s cross found Škoda’s head, but our captain fired wide.

In the added time Slavia had giant chance to score second, but Alex Král only hit the crossbar meters with his perfect long-range effort. On the other side, Kanga was close to go alone on Kolář, but our goalkeeper was quick on the ball and managed to make a clearance.

Despite many chances and pressure in both half-times Slavia drew 1-1 with Sparta. Next week the red-whites travel to London to play 2nd leg of UEFA Europa League quarter-final against Chelsea on Stamford Bridge. 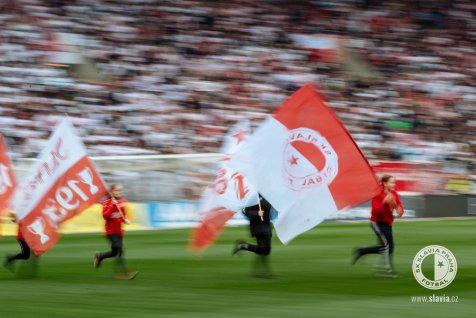 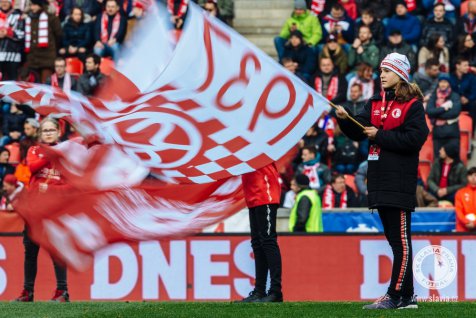 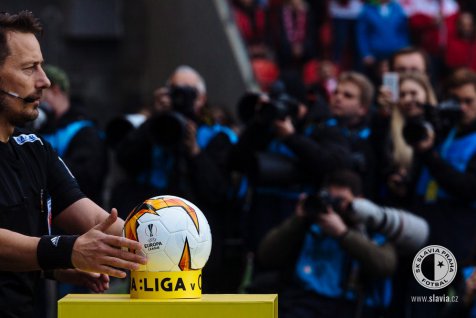 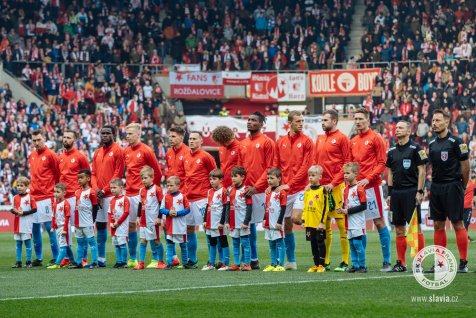 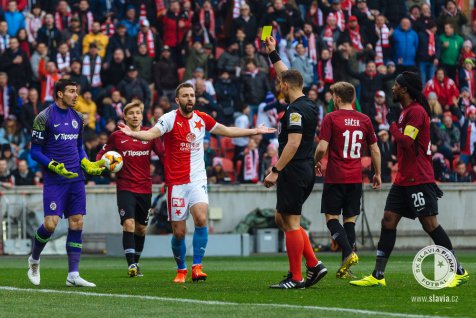 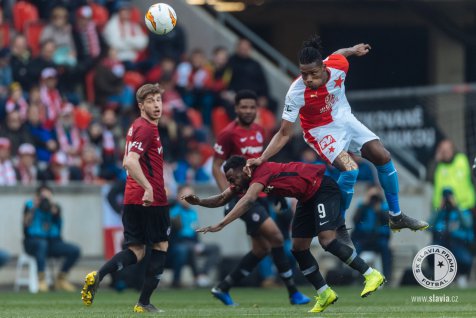