Slavia - Sparta
Goals: 7. Souček, 50. Baluta - 21. Kanga (pen.)
Radio
The red-whites defeated Sparta 2-1 and finished the 2018/19 FORTUNA:LIGA on top of the table 5 points ahead of Viktoria.
For the last game of the longest season in modern Slavia history manager Trpišovský made several changes into the starting XI. Přemysl Kovář started in goal to make his second league appearance in the season, with Bořil injured Jaroslav Zelený came on the pitch as left back and Alex Baluta was chosen as a lone striker instead of Škoda or Van Buren.

Slavia started better and took lead just 7 minutes into the game. Masopust took the corner, Tomáš Souček was first on ball inside the box and found the back of the net with his header. It was Souček’s 5th goal in 4 Derbys against Sparta this year.

Sparta managed to equalize after 22 minutes. Tetteh was faster on ball than Kovář in our box and the tackle resulted in penalty. Kanga waited for Kovář’ first move and sent the ball close to the left post.

On 34th minute following a quick counter-attack Olayinka stood in front of an open net after a good pass by Masopust but fired the ball over the crossbar.

The red-whites regained lead 5 minutes into the second half. Ševčík sent a long cross to Coufal on the right wing, our right back passed it in front of the net to Alexandru Baluta and the Romanian striker added second for Slavia.

On 68th minute Simon Deli got enough space on the brink of Sparta box and sent a firm shot over the crossbar. Ten minutes later Souček tried his luck from 20 meters but sent the ball wide. On the other side Moberg Karlsson fired ball from similar position but missed the far post.

Slavia set the pace for most of the remaining time and defeated Sparta 2-1. The red-whites lifted the cup for Czech champions after record number of 54 games in 2018/19 season, defeated every opponent in Czech league at least once, won double together with Czech Cup and qualified for the quarter-final of UEFA Europa League. 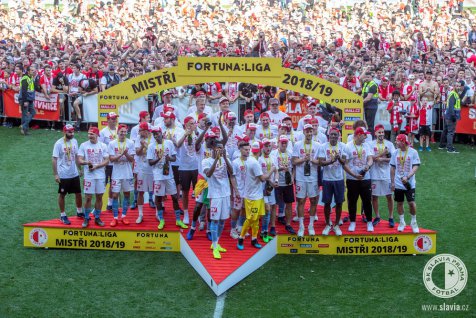 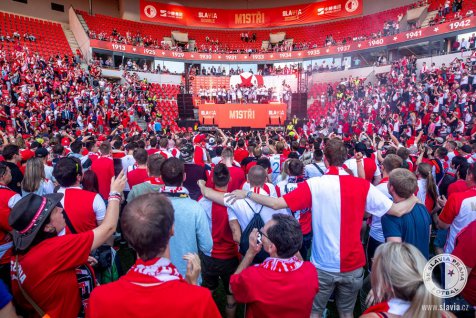 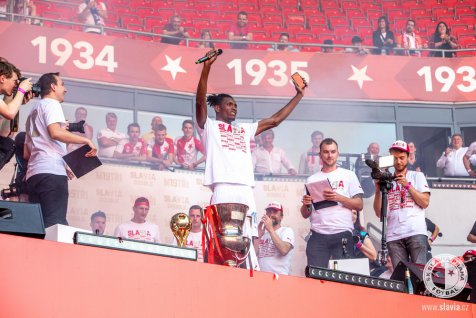 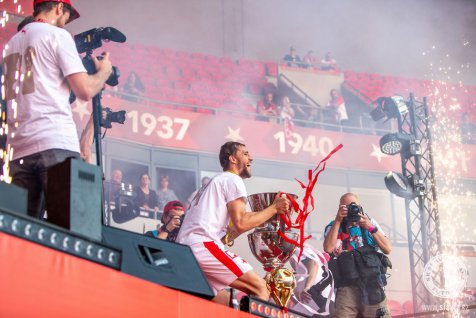 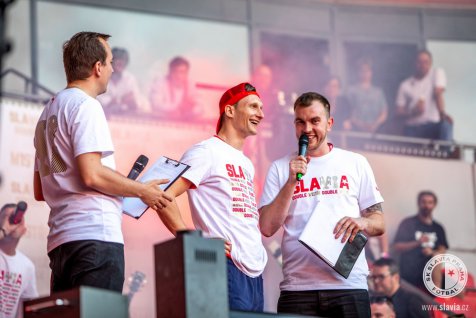 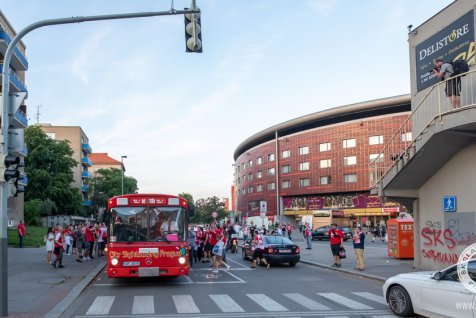