Ostrava - Slavia
Goals: 20. + 45. Fillo - 27. Stoch
Slavia lost 1-2 to Ostrava despite the opponent being down to ten men after Milan Baroš had been sent off. Miroslav Stoch remined the only Slavia successful striker, Martin Fillo scored two on the other side.
Alexandru Baluta started as a lone striker for the first time while Mešanović and Olayinka remained on the bench. Slavia were defending their leading position in the league while Baník were 5 points behind before the 10th round.

And it was Baník who created first chance of the game just 6 minutes into the game. Milan Baroš got enough space in the middle of the box but was denied by Kolář who performed perfect save.

Things then got heated on 13th minute when Baroš hit Tomáš Souček with an elbow and was initially rewarded by yellow card, but the referee then decided for VAR review and sent Baník captain off. Ostrava were down to ten men just 15 minutes into the game.

However, the home side took lead after 20 minutes. Following a set piece, Martin Fillo found Holzer’s cross inside of the box and headed the ball into the net to make it 1-1.

Slavia then improved their performance and created first chance by Traoré, who was denied by Laštůvka with his well-placed shot. But the equalizer came on 27th minute, when Baluta passed the ball to Stoch inside of the box and Slovak midfielder fired it through Laštůvka.

After 38 minutes Baník got a chance by dangerous free kick, but Hrubý sent the ball above the crossbar. On the other side, Souček headed the ball well after Hušbauer’s corner, but was denied again by Laštůvka, who punched the ball above crossbar.

Pivotal moment of the game came in the added time of the opening half. Souček lost the ball in the centre of the pitch, Baník launched their counter-attack and Martin Fillo scored his second of the day from the brink of the box.

Manager Trpišovský sent Mešanović in for the second half and Bosnian striker created several chances, was, however, denied by Jan Laštůvka again in the biggest one on 54th minute. Ex-Slavia goalkeeper became one of the heroes for the home side this time.

After an hour Alexandru Baluta appeared in a 100% chance but fired the ball face-to-face just into the falling Baník goalkeeper. On 73rd minute Laštůvka managed to block a dangerous free kick by Miroslav Stoch.

Unfortunately, the red-whites couldn’t create more chances in the rest of the game, Ostrava defended well and managed to fragment the game in the last 15 minutes. Slavia thus lost their second league game of the season and are equal on top of the league with Viktoria Plzeň, one point ahead of Sparta Prague. 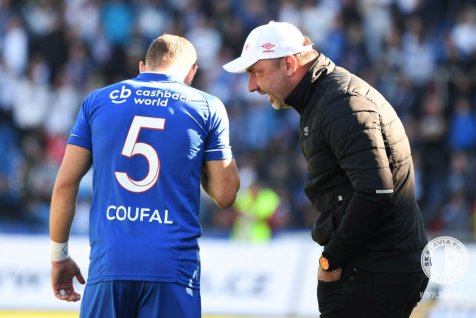 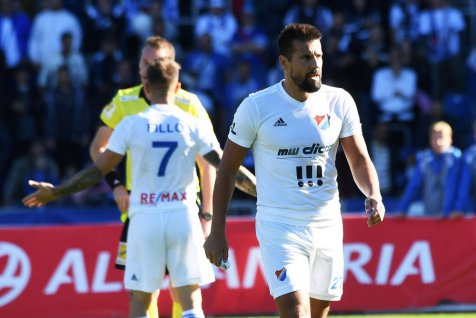 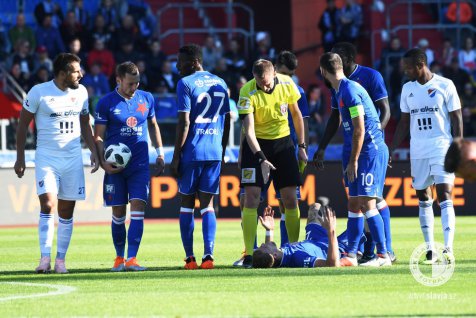 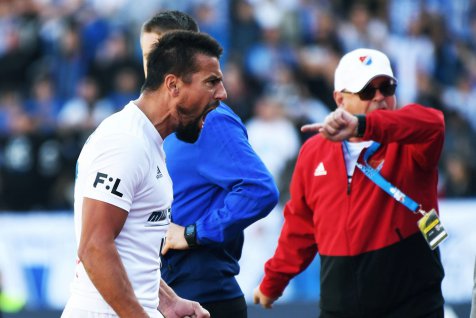 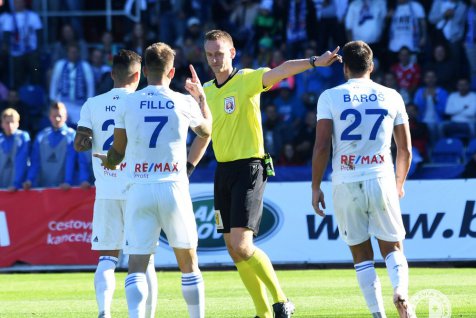 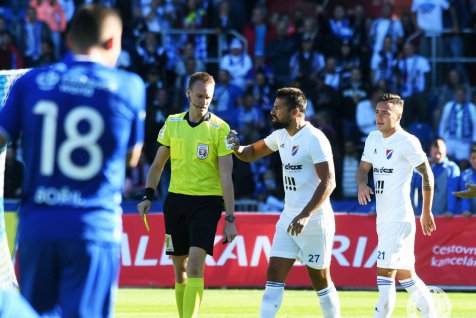