Liberec - Slavia
Goals: 8. Škoda, 24. Traoré, 74. Ševčík
Radio
Slavia defeated Slovan Liberec 3-0 away and remain unbeaten in Czech league. Škoda and Traoré scored in the first half, Ševčík added third after the break.
Slavia made two changes in compare to the last game against Karviná. Josef Hušbauer was suspended after 4th yellow card and replaced by Ibrahim Traoré, Milan Škoda who scored penalty against Karviná replaced Mick van Buren as a lone striker in starting eleven.

And it was Milan Škoda who gave Slavia lead 8 minutes into the game. Olayinka won the ball on the right side, passed it to Stanciu and Škoda headed his cross into the net from 10 metres. It was his 92nd career league goal and 10th goal against Slovan Liberec.

After 20 minutes Ševčík sent a nice pass to Souček who faced Nguyen alone but Slovan goalkeeper managed to block his low effort.

Slavia set the pace in the opening half and doubled their lead in 24th minute. Olayinka sent a long cross from the left wing, Škoda headed the ball to his left inside the box and Ibrahim Traoré fired it through goalkeeper Nguyen to make it 2-0.

After 35 minutes Slovan had their first big chance when Malinský latched onto a long pass by Nguyen and could go alone on Kolář from the left side, but our goalkeeper blocked his shot and confirmed his classy form. Last time Kolář concede a goal in Czech league was on 19 October against Příbram. In 17 league games this season Kolář conceded only 2 goals so far.

Slavia could add third after 40 minutes when referee blew for penalty after a tackle on Bořil and subsequent VAR check but Tomáš Souček failed with his attempt in the middle and Nguyen punched the ball away.

Liberec equalled the game after the break but failed to create 100% chances. In 70th minute Kolář couldn’t reach a cross from right side and Pešek could shoot into an open net, but Ondřej Kúdela headed the ball away on the goal line.

Shortly afterwards Slavia played fantastic counter attack, Ševčík passed to Stanciu, he returned the ball into the box and former Liberec midfielder Petr Ševčík went past Nguyen and fired under the crossbar to make it 3-0.

Slavia than controlled the game and did not let Liberec into any bigger chances. One minute before the end of the regular time Malinský managed to score after Yu’s cross but the goal was disallowed due to clear offside. The red and whites thus remain unbeaten in 2019/20 FORTUNA:LIGA winning 16 out of their 19 games with 41 goals scored and only 3 conceded. 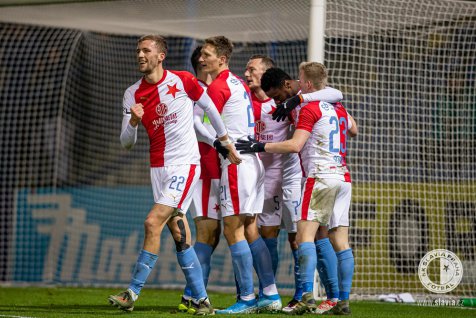 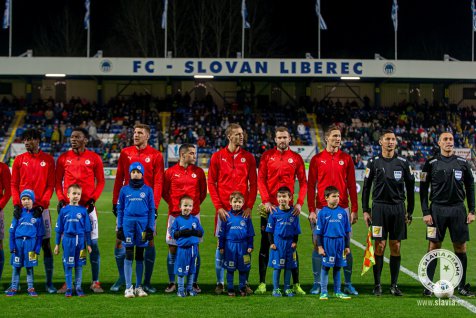 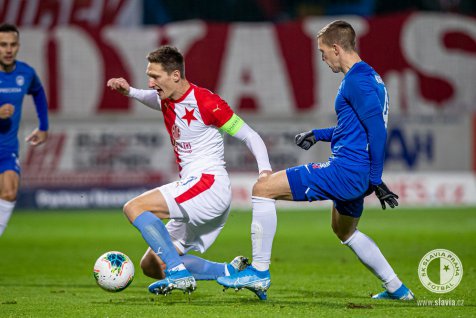 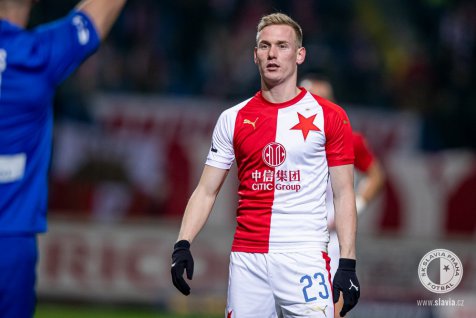 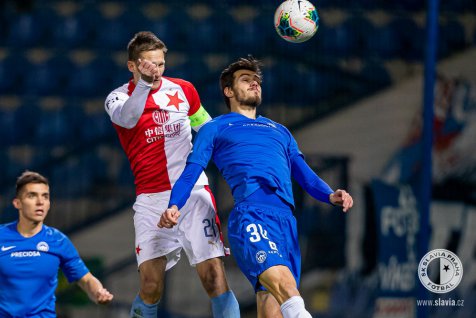 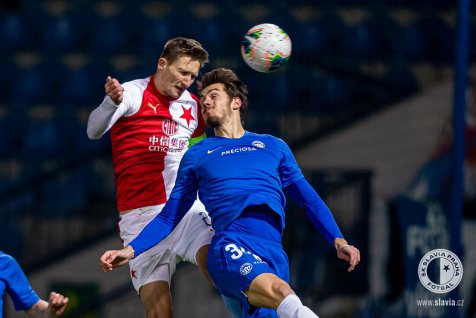