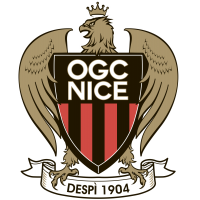 Manager Jindřich Trpišovský had to make some changes in the third match of the Europa League against OGC Nice as seven players were not available including captain Jan Bořil. Ondřej Kolář started in goal, Lukáš Masopust played as right-back for the second time this season and Oscar Dorley replaced Bořil on left-back. Abdallah Sima and Peter Olayinka replaced Tomáš Malínský and Lukáš Provod respectively. Jan Kuchta started up front as a lone striker.

The first ten minutes of the match were played in the middle of the field. First chance of the game came in 10th minute. Pelmard went around Lukáš Masopust and crossed the ball into the penalty area but none of Nice players reached it.

Jan Kuchta scored the first goal of the game in the 15th minute. He got the ball just outside the penalty area and was able to make his way trough Nice defense just right. He made no mistake from close range and sent Slavia into the lead. It was Kuchtas maiden goal for Slavia after his return to the club in summer 2020.

Both teams put more effort into the offensive part after the first goal. Another great chance for Slavia came in the 21st minute. Olayinka robbed Nice defence of the ball and sent it to Holeš who needed just a few more centimeters to reach it. The ball got to Sima who passed it to Masopust, our right-back fired a powerful shot but Benitez saved it.

Nice tied the match in the 33rd minute. Pelmard took the ball almost to the box but then lost it. Peter Olayinka passed it to Holeš who was not able to make a clearance. Amine Gouiri got hold of the ball, dribbled trough Slavia defence and fired the ball through Kolář to make it 1-1.

Slavia started to outplay Nice again after the equalizer. Tomáš Holeš had a great oppotunity to score in the 42nd minute after a nice serie of passes between him, Ševčík and Kuchta, but the goalkeeper saved his shot. Petr Ševčík took the corner. He found Abdallah Sima in the middle of the box who headed the ball into the net to make it 2-1. For Sima too this vas the premiere strike for Slavia first team.

Slavia started the second half better. The first shot came in the 50th minute. Abdallah Sima took the ball from his own half and passed it to Tomáš Holeš who shot a volley and forced Benitez to make a good save.

The match was mostly played in the middle of the field during the next twenty minutes. Both defences were strong and able to eliminate any dangerous looking attack. Four yellow cards were given during that time and first substitutions made.

The breaktrough came in 71st minute. Oscar Dorley passed the ball to Olayinka who took it trough the left wing to the border of the penalty area before passing it back to Dorley. Oscar sent it to the middle of the box to Jan Kuchta who scored easily to an open goal to make it 3-1.

Even though the last twenty minutes of the match did not bring any goalscoring opportunity, Nice was able to score a second goal in the 93rd minute when Ndoye fired past Kolář from a tight angle.

The red-whites did not let Nice to score an equaliser and won 3-2. They will face Mladá Boleslav at home in their next match in Fortuna Liga on 8 November before the international break.

Goalkeeper Jan Stejskal returns to Slavia after a half-year loan last year, this time on permanent transfer.
More
A team

Captain Jan Bořil celebrates his 30th brthday. We have found 30 top pics of him in Slavia to celebrate the occasion.
More
A team

Ukrainian defender is coming to Slavia from Slovan Liberec on half-year loan with an option for permanent transfer.
More

⏳ Less than 7️⃣ hours to the kick-off! #slaolo
twitter

Just one more night 🌙 and the league football will be back!
twitter
Our former goalkeeper Jan Stejskal celebrates his 59th birthday today! He joined Slavia after his spell at @QPR, made 187 caps for the club and won...