Slavia - Mladá Boleslav
Goals: 20. Škoda (pen.), 51. Stoch, 73. Olayinka – 87. a 90. (pen.) Komličenko
Radio
Slavia seize another three points home to restore the 4-point lead on top of the table. Despite the unconvincing finish marked by two Boleslav goals, strikes by Škoda, Stoch and Olayinka were enough to encounter the 3-2 win home in Eden.
Slavia started better with Škoda as a lone striker and Olayinka on the left wing and could open the score just 2 minuts into the game, but Coufal’s goal was disallowed due to Stoch’s previous offside.

The red-whites set the pace of the game from the very beginning and managed to create promising chances. After 11 minutes Škoda headed the ball over the crossbar being left unattended inside of the box, two minutes later Boleslav goalkeeper Šeda denied Deli with perfect flying save.

On 20th minute the VAR decided of a penalty for Slavia following Dzafić holding Deli before his attempted header and Milan Škoda opened the score from the spot. Slavia captain scored his first goal after 4 months.

Other goals came after the break. Olayinka won the ball back after a Slavia loss, passed it to Traoré who found Miroslav Stoch on the brink of the box and Slovak midfielder sent the ball along Šeda into the net. Stoch scored 11th goal of the season and secured his second place among the top league scorers.

After 56 minutes Olayinka could confirm his perfect performance with a goal, but his lobbed effort only hit woodwork. Nigerian midfielder thus didn’t score third Slavia goal until 73rd minute. Zmrhal passed the ball to Stoch on the left wing and Peter Olayinka headed Mino’s cross into an open net.

Boleslav however did not give up and league best striker Nikolay Komlichenko made it 1-3 after a quick counter-attack on 87th minute when he fired the ball through Kolář.

The drama came in the added time when referee pointed to the spot after VAR consultation following Traoré’s tackle. Komlichenko did not give Kolář any chance and scored his second of the night, but Slavia managed to hold their one-goal lead for remaining few minutes.

The red-whites thus restored their 4-point lead on top of the table. On Thursday Slavia play their last Europa League Group game home against Zenit. The KO is at 9 pm on Sinobo Stadium. 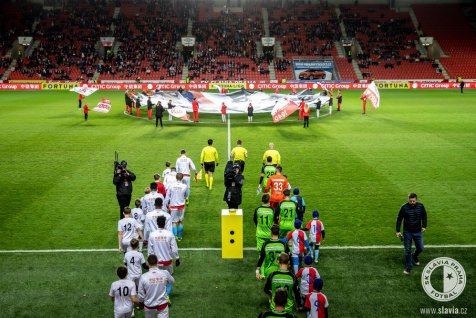 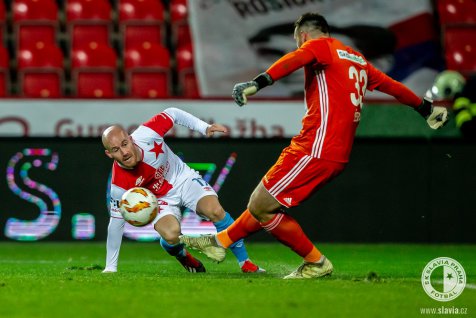 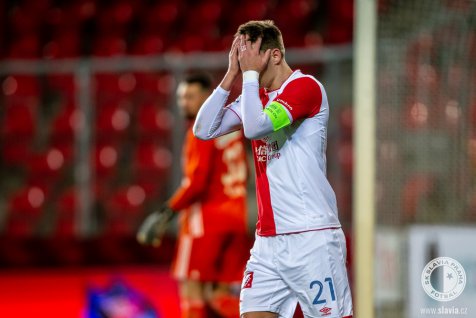 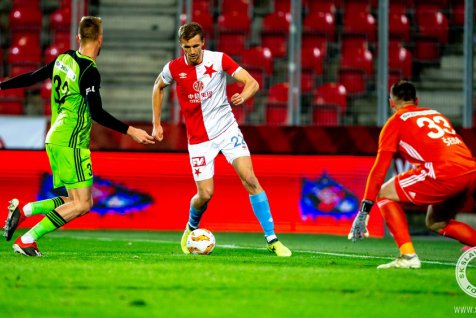 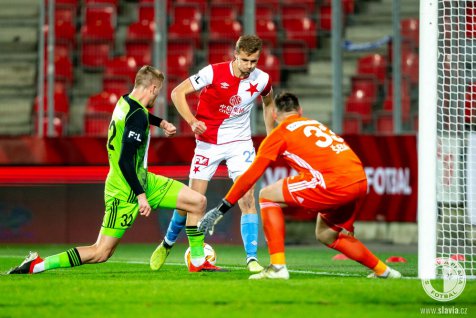 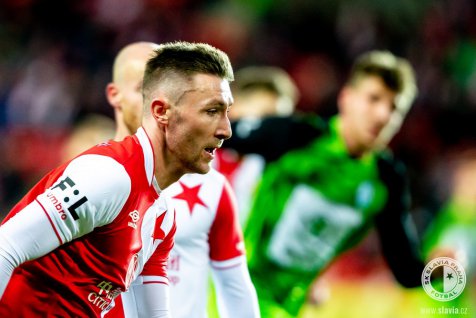