Slavia win in Plzeň for the first time since May 2013.

The Red Whites are now 9 points clear on top of the league ahead of Plzeň.

Slavia haven’t won in Plzeň for more than 5 years and this time Viktoria started better again with Kalvach’s effort blocked by Kolář just 3 minutes into the game. After 10 minutes Kayamba fired from inside the box but missed in great opportunity.

The Red Whites started with Ševčík as right back instead of Masopust but got a raw deal in opening 25 minutes. In their first chance Stanciu sent the ball from set piece to Souček on the far post but Slavia captain couldn’t direct the ball into an open net.

For the rest of the opening half Plzeň were dangerous mainly from their counter attacks but Mihálik fired wide in the most promising of them. Slavia intensified their pressure in last ten minutes (including 5-minute stoppage time). Ševčík fired from outside the box but Hruška managed to block his effort on corner, Souček then tried his volley but it was Plzeň goalkeeper again who saved his team. A minute later Hušbauer aimed wide with his sliding effort.

But Slavia could celebrate before the break anyway. Ševčík sent his cross from corner kick on 4th minute of the stoppage time, Olayinka returned the ball on the far post and Souček’s header from good position was blocked by Hruška. But Souček managed to win the ball back before Plzeň goalkeeper could reach it, lying on the ground passed it to Josef Hušbauer and our midfielder sent the bell into the open net to give Slavia lead.

Second half didn’t bring any dramatic moments till 57th minute when Slavia centre back David Hovorka stayed on the ground after one of his offensive actions and had to be replaced by Michal Frydrych. The medical later confirmed torn cruciate ligament and the Red Whites will mis one of their key players for several months.

Slavia defended well and did not allow Plzeň into many chances. After 82 minutes the ball rebounded to David Limberský behind the box, but his half volley missed the right post. After 86 minutes Michal Frydrych saved Slavia when he blocked Brabec’ effort in front of an open net.

In the stoppage time Peter Olayinka could double Slavia lead but Plzeň goalkeeper Hruška was faster on ball and stopped Olayinka from going further.

Slavia thus won 1-0 in Plzeň and managed to beat Victoria away after long 5 years. The Red Whites are now 9 points clear on top of the league. 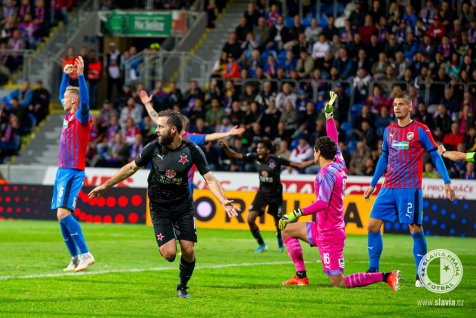 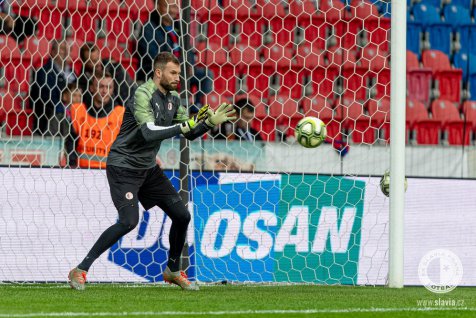 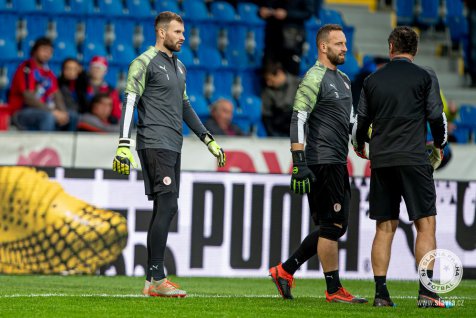 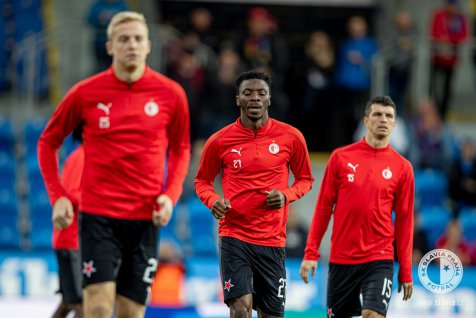 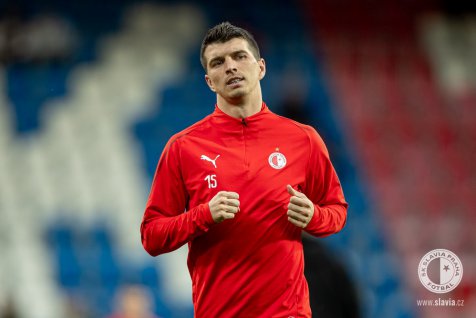 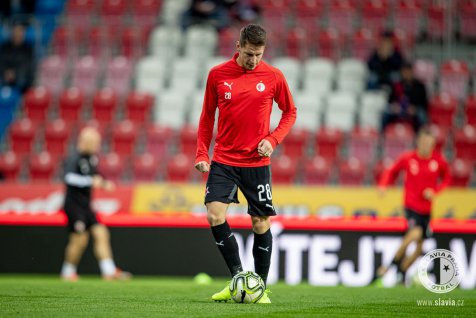