Liberec - Slavia
Goals: 13. Olayinka (vl.)
Radio
Slavia dropped three points in Liberec. The Red-Whites lost 0-1 after an own goal by Peter Olayinka.
Slavia got into an opening chance with only 6 minutes on the clock, but Bah fired wide from inside the box after winning the ball on the right wing. After 14 minutes Liberec took lead. Purzitidis sent a long cross from the left wing, Gebre Sellasie couldn’t reach it inside of the box, but the ball rebounded from Peter Olayinka on the far post and with a slight touch of the crossbar ended behind the goal line. Only five minutes later Štetina hit Masopust’s ankles with a sliding tackle, the referee showed him a yellow card, but after a VAR check changed the decision and Štetina was sent off. First chance for the Red-Whites to equalise came in the 24th minute when Maxim Taloverov fired from distance, but his effort flew over the crossbar. Three minutes later the same player headed wide after a corner kick. In the 35th minute Peter Olayinka fired from the right side on the edge of the box and Lukáš Masopust needed only centimetres to reach the ball and deflect it into an open net. Slavia made two changes at the break but waited for bigger chance despite clearly setting the pace of the game. After 61 minutes Yira Sor replaced Jakub Hromada and only two minutes later he could equalise, but his header after Bah’s cross only hit the left post. Despite almost 80% possession Slavia failed to create more goalscoring opportunities, partly because of the half-muddy half-sandy pitch, partly due to several misplaced crosses and final passes. The biggest chance came in the last minute of added time when Holeš chipped the ball over goalkeeper Knobloch, but it only hit woodwork again. Few seconds later the same player got into another goalscoring opportunity on the far post after a corner but sent his effort wide. Slavia thus recorded their third defeat in current season, second in the spring part. The next game will be played on Thursday in the UEFA Europa Conference League away at LASK. 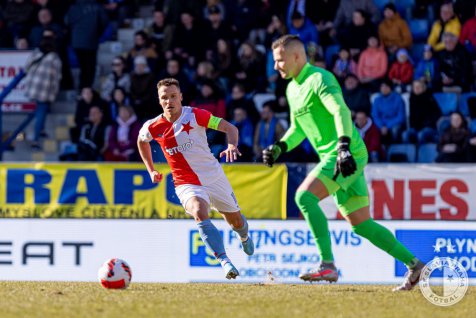 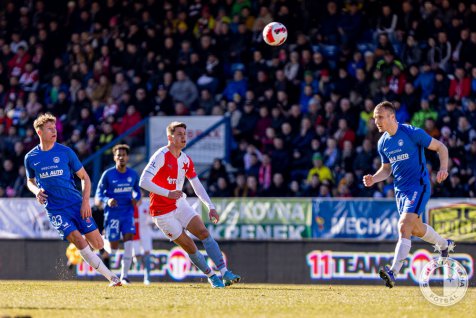 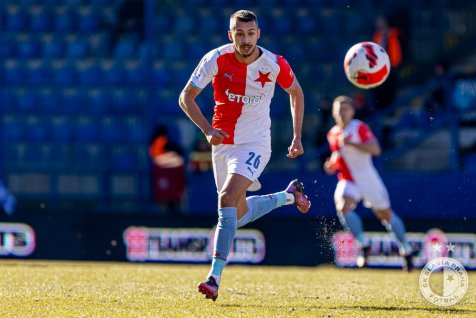 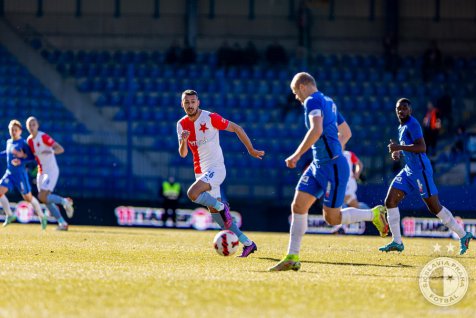 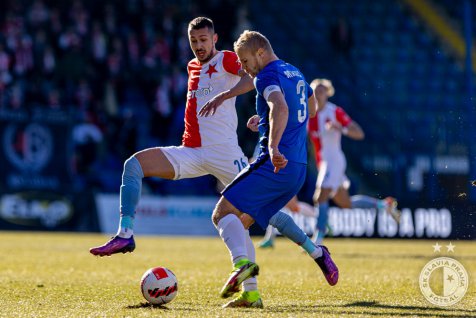 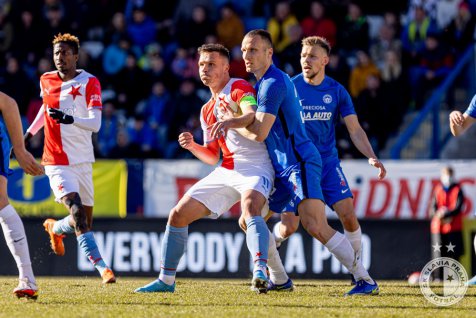