In the second fixture of the UECL group stage, Slavia beat FC Ballkani 3:2. The red and white team had to turn the run of the match after losing two times. An own goal followed by strikes from Olayinka and Masopust mean that all three points stay at home!

Six goals from the last match mean that coaches didn’t have to make many changes. To be concrete, there was only one – Peter Olayinka started up front replacing the top scorer of the domestic league Stanislav Tecl.

A calm start resulted in a decent chance with Ivan Schranz hitting the woodwork after a precise cross from David Douděra. Slavia kept on the pressure and created a number of opportunities but lacked an efficient finish.

It was again the Slovakian winger who tried his luck with a shot from outside the box, Frasheri was prepared and had no trouble saving it. The first attempt of the hosts came in the 17th minute, Krasniqi’s shot after a fast counterattack flew near the left post.

It was already the third time for Schranz, unfortunately, his shot lacked a better placement. After a nice combination in the middle of the pitch, Douděra had a lot of time to set up his cross and found Ondřej Lingr whose shot was blocked by Ballkani’s defenders.

In the 23rd minute, Ballkani scored their first goal. Nice combination resulted in an easy tap-in by Krasniqi – 0:1. That’s how you counter! Two minutes after the conceded goal Slavia equalize. David Jurásek made his way to the box and found the far post – 1:1!

Players must have felt like on a rollercoaster, after a foolish mistake in Slavia’s defense Korenica brought the lead back to Ballkani – 1:2.

Here we go again. Fast combination followed by a final pass found Peter Olayinka in the box and the Nigerian striker added his 13th goal in European cups meaning he is now the top scorer in Slavia’s international history – 2:2!

One touch, that’s how we like it. Peter Olayinka passed the ball to Lukáš Masopust who gave Slavia the lead for the first time in the match – 3:2!

Up and down, that’s how you would describe the first half. Many opportunities on both sides, five goals, and Slavia leading by one. Excited for more to come!

The second half started with two subs, Usor for Masopust and Traoré for Provod. An ongoing pressure by Slavia followed up with multiple corners opened the game, waiting for the fourth goal though. In the 53rd minute, Peter Olayinka appeared in the biggest chance so far but hit the net only from the outer side.

Another substitution, the top scorer of FORTUNA:LIGA Stanislav Tecl came on for Ondřej Lingr. After 70 minutes, Moses Usor nutmegged one of Ballkani’s defenders and offered a goal-scoring opportunity for Douděra whose shot flew over the bar.

An unpleasant moment for Ivan Schranz came in the 78th minute. He got kicked in the head and had to be subbed off. Slavia kept the pressure on the opponent which resulted in a number of crosses flying to the box. One of them found Douděra who made a promising shot ending in the gloves of the keeper.

Another chances came in the 90th minute but both promising shots from Aiham Ousou and Christ Tiéhi were saved by Frasheri.

That was it for the night, wild match in Fortuna Arena had come to an end. Slavia won after an own goal from Fraheri followed by strikes from Olayinka and Masopust. Next fixture is planned on Sunday when we will face Viktoria Plzeň on away ground. 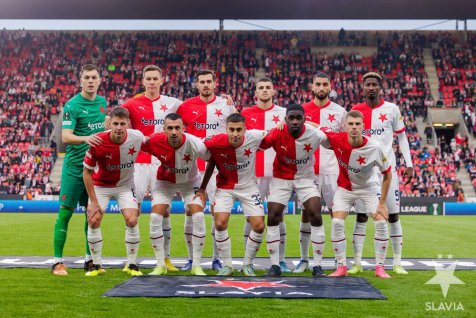 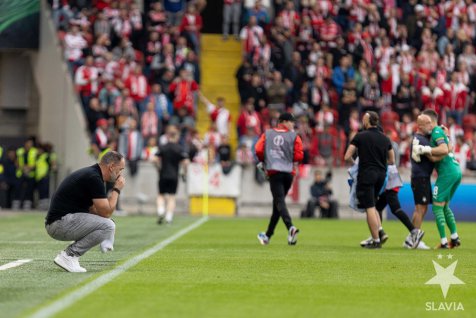 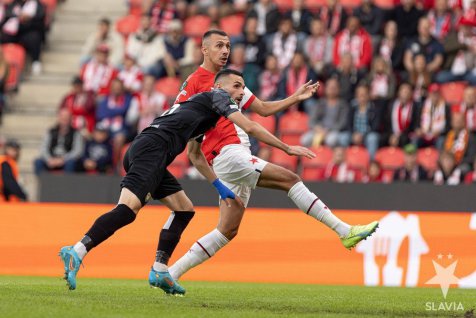 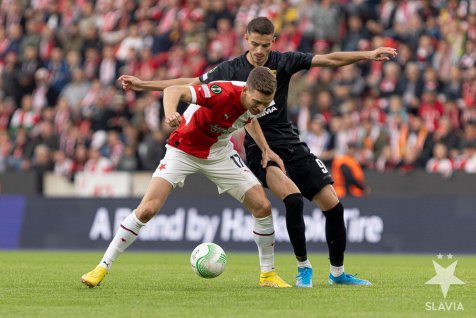 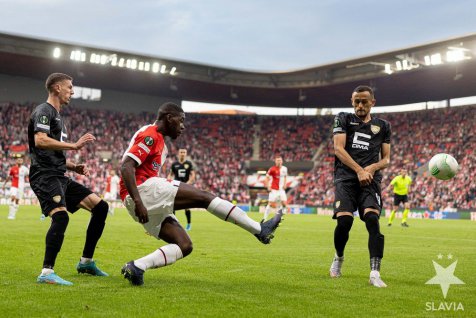 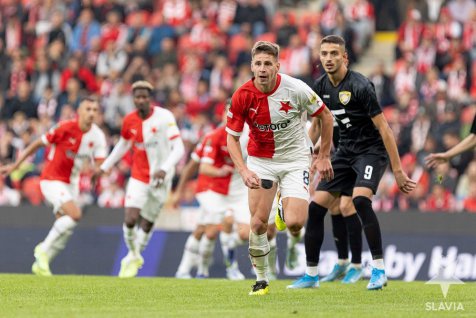