Slavia - Olomouc
Goals: 6. Coufal
Radio
Vladimír Coufal scored 6 minutes into the game to secure narrow win for Slavia in the first home game of the season against Sigma Olomouc.
Slavia started their first home game of the season with identical line-up to the last away game in Teplice. Mick van Buren started as lone striker with author of 3 assists from the game in Teplice Petr Ševčík and author of the first goal from Teplice Jaromír Zmrhal on the wings.

And as in Teplice the red-whites took early lead. Only 5 minutes into the game Mick van Buren sent firm cross from the left wing and Vladimír Coufal fired his volley unattended through Reichl.

After 8 more minutes these two switched roles and Mick van Buren could add second for Slavia but headed the ball just into the goalkeeper’s hands after a cross by Coufal.

Slavia had several opportunities since their opening goal, but it was Sigma who appeared in the biggest chance on 22nd minute. After a series of corner kicks Jakub Plšek hit woodwork with his header on the far post.

Almost at the end of the opening half Ondřej Kolář managed to punch away low shot by Pilař. Just a minute later, on the other side of the pitch, Traoré headed in good position after a cross by van Buren but only sent the ball in the middle of the goal where Reichl stood ready.

Second half hasn’t brought any emotions till 61st minute when Coufal returned long ball into the box and Josef Hušbauer’s good shot was blocked by one of Sigma defenders. Shortly afterwards Souček headed the ball after one of long cross but Reichl made a good save again.

On 65th minute Souček sent long ball from his own half to van Buren, but the Dutch striker missed from wide angle.

After 76 minutes Nico Stanciu replaced Mick van Buren and just a minute later sent a nice through pass to Zmrhal, who – aiming on the far post – missed only by centimetres. On 81st minute Stanciu executed dangerous free kick but sent the ball one meter above the crossbar.

Pivotal moment of the game could come in the added time when Jan Bořil tackled Jakub Yunis inside the box and referee pointed on the spot after VAR review. Houska aimed on the left but only hit post and Ondřej Kolář managed to deflect the ball to avoid any rebound.

Slavia thus defeated Sigma 1-0, have 9 points after 3 opening games and sit on top of the league level with Viktoria Plzeň. Next week the red-whites travel to Karviná followed by another home game on Saturday, 10 August, at 7:30 pm. 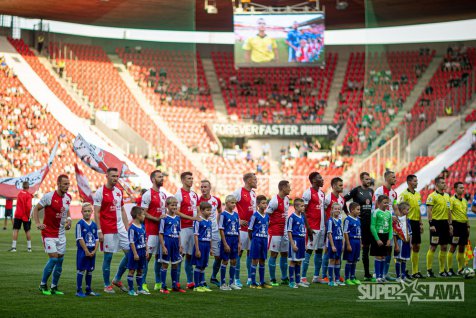 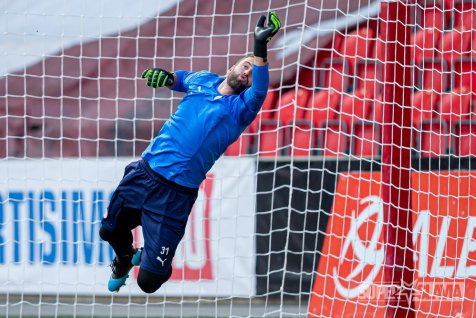 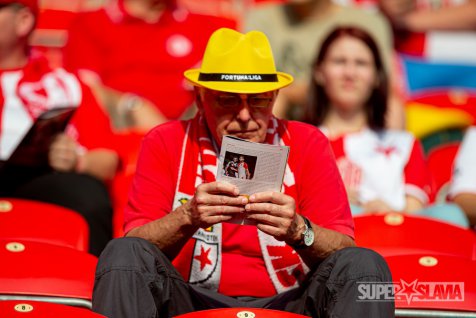 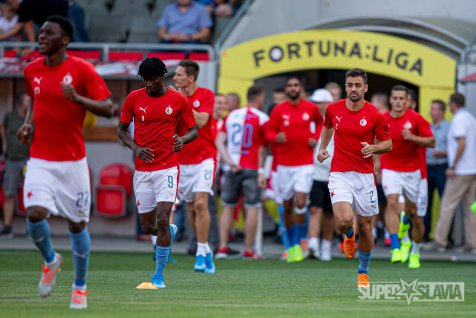 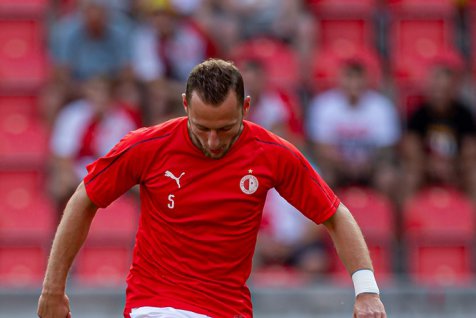 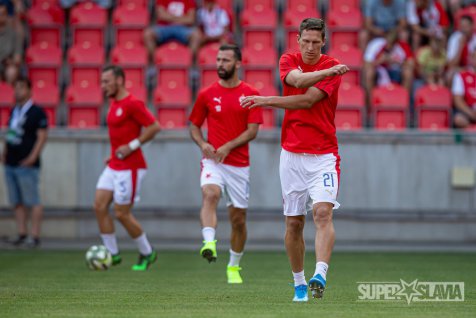