Jablonec - Slavia
Goals: 18. Škoda (pen.), 71. Hušbauer
Radio
Milan Škoda and Josef Hušbauer secured a 2-0 win over Jablonec in the last game of 2018. Slava thus remain on top of the league 4 points ahead of Plzeň.
Slavia travelled to Jablonec for the last game of 2018, but extremely important. 4 days after a 2-0 victory over Zenit secured them spot in spring part of Europa League and just few hours after the draw placed them against Belgian KRC Genk, the red-whites had to play against team who managed to defeat them in the first game this season (only Jablonec and Baník did it). Moreover, the game was an encounter of two best clubs of calendar year 2018.

Jan Bořil returned to starting 11 after missing the Zenit game due to yellow cards, but otherwise Slavia opted for the same line-up as in the European match.

Jablonec started better and set the pace for opening 20 minutes, but Jovovič’ effort was blocked by defenders and Chramosta was later denied by goalkeeper Kolář. Slavia goalkeeper showed his skills on 14th minute when he punched away Chramosta’s firm shot to the left post.

After 18 minutes it was Slavia though who took a lead. Zmrhal fired his shot into the woodwork, Olayinka returned the bounced ball into the box and Jablonec defender Holeš blocked his cross with his hand. The referee after a consultation with VAR pointed on the spot and captain Milan Škoda converted penalty to give Slavia one-goal lead.

After the break Jablonec managed to equalize when Kolář punched the ball away in front of Chramosta and Kratochvíl fired the bounced ball into the net, but the VAR came to action again and the goal was disallowed due to Chramosta’s foul on goalkeeper Kolář.

After 66 minutes Škoda proved his rising form when he slipped between two defenders and fired the ball just above the crossbar from behind the box. The red-whites thus doubled their lead on 71st minute when Olayinka passed the ball to Stoch on the right wing, the Slovak midfielder sent his low cross into the box and Josef Hušbauer managed to deflect the ball into the net on the near post.

Slavia then did not allow Jablonec into any other chances and kept their 4-point lead in front of Viktoria Plzeň on top of the league. Baník is on 3rd place 15 points behind Slavia, Jablonec loses 16 and Sparta 17 points. 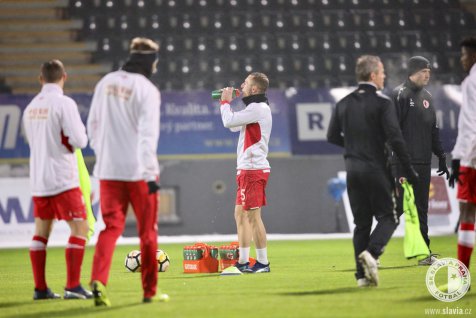 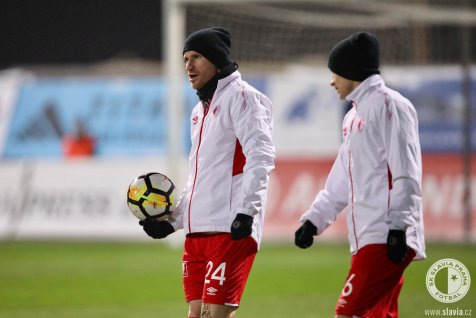 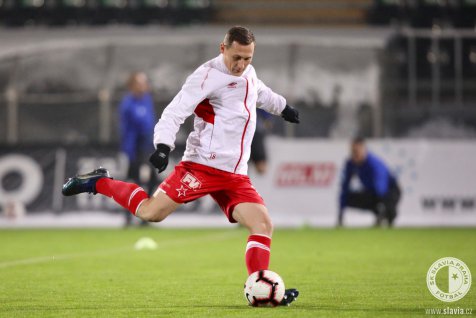 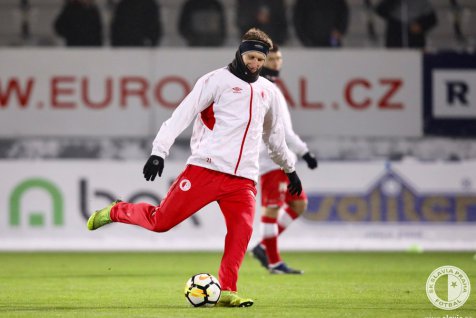 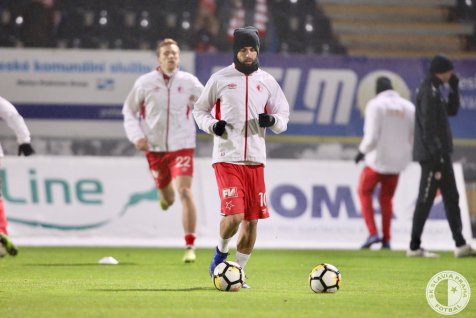 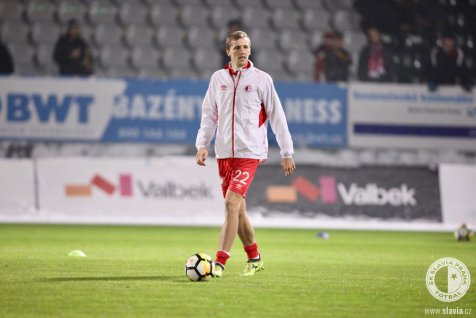