Slovácko - Slavia
Goals: 83. Daníček (pen.) - 26. Kúdela, 30. Coufal, 56. Tecl
Radio
After the international break Slavia travelled to Uherské Hradiště to face Slovácko. Goals by Kúdela, Coufal and Tecl secured the important 3-1 win. Moreover, the red-whites set the new league record with 758 minutes without conceded away goal.
Manager Trpišovský missed – among others – Milan Škoda and Jan Sýkora. Five out of eight players who left Slavia for international duty returned with injuries and the team could complete only two training sessions together before the Slovácko game. Because of this, new reinforcement Ibrahim Traoré started in midfield to replace Sýkora, another new face Jan Matoušek was ready on the bench.

Slavia were struggling during the opening 20 minutes but Slovácko could not create bigger opportunities. After 26 minutes Slavia thus opened the score from a corner kick when Ondřej Kúdela – replacing injured Simon Deli again – headed in Stoch’s cross. It was Kúdela’s second strike in just 3 league games.

Just 4 minutes later Slavia doubled their score when Vladimír Coufal hit Tecl’s cross with his volley and with a bit of luck fired the ball through goalkeeper Daněk.

The home team could answer with Daníček’ chance but Bořil blocked his first attempt and the other one was aimed aver the crossbar. On the other side Tecl could add third for Slavia but Daněk denied him face-to-face this time.

On the beginning of second half Slovácko were close to a contact goal but goalkeeper Kolář managed to block Janošek’s shot on the left post with his fingertips. The ultimate moment then came on 56th minute when Zmrhal got the ball for Hušbauer, our captain passed it to Stanislav Tecl and Slavia striker added third after dodging the defender.

Slovácko scored their only goal of the night from a penalty after Kúdela’s tackle inside of the box. It was on 82nd minute which means Slavia did not concede a league goal away for 758 minutes and set the new Czech record! Last time the red-whites conceded away was on 17 March 2018 against Sparta (3-3). 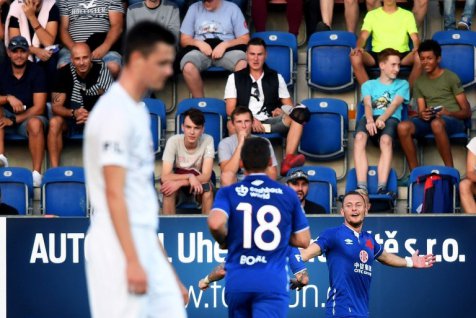 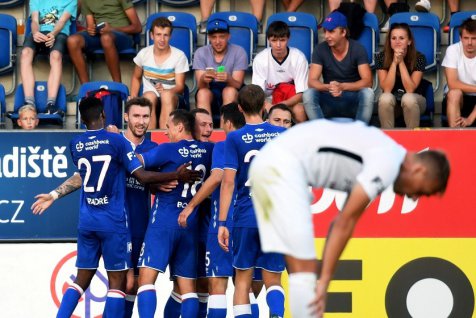 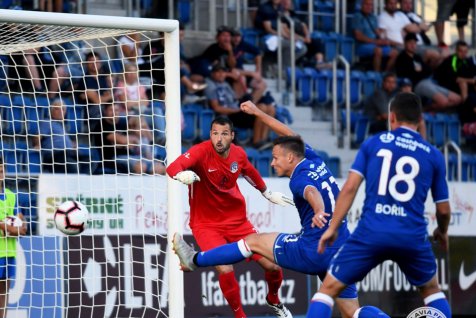 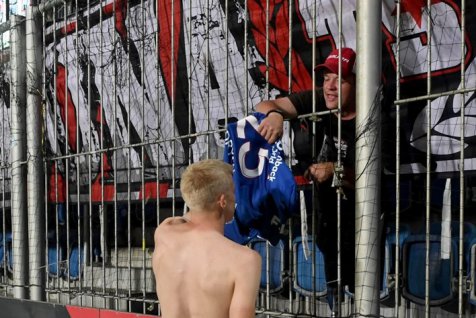 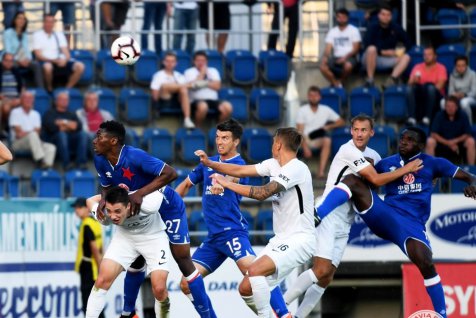 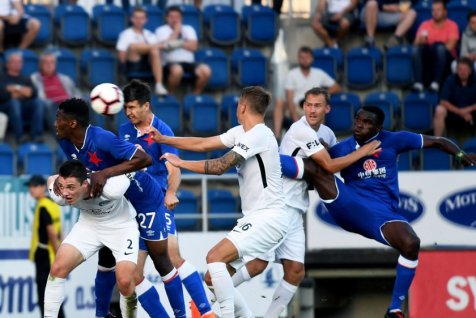