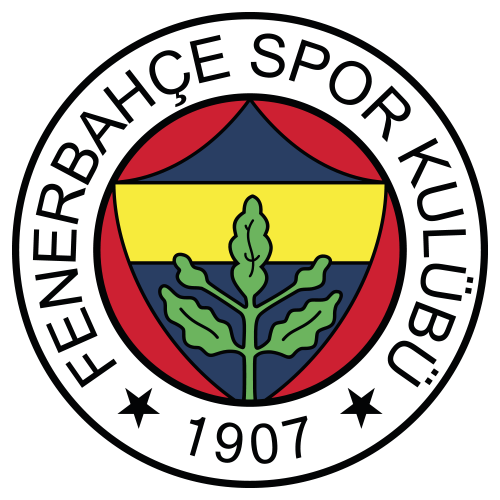 Manager Jindřich Trpišovský made one change in comparison with the first leg in Istanbul. Alexander Bah, who could not play because of yellow card, replaced Petr Ševčík who got injured in the league match against Bohemians. Taras Kacharaba was named the team captain to show support for Ukraine and its people.

The Red-whites started the game better. They had two good chances in the first minutes but they could not covert them into shots.

Slavia scored the first goal of the game in the 19th minute! After a cross from the right side, Tomáš Holeš passed the ball into the middle of the penalty area. The ball rebounded from a few players and ended up with Ivan Schranz who scored from close range – 1:0!

The Red-whites scored their second goal just eight minutes later. Srdjan Plavšić passed the ball to Ibrahim Traoré on the right side. He sent it behind the defence for Yira Sora who shot at the far post and scored with the ball rebounding off the goal post – 2:0.

Slavia started dominating the game in the upcoming minutes. Bayindir had to make some very good saves to stop multiple shots. But Fenerbahce had some chances from the 35th minute and scored a goal in the 39th minute. Aleš Mandous could not save Hakan’s good shot from the edge of the box – 2:1.

Plavšić cross from the set piece in the 45th minute found Taras Kacharaba in the middle of the penalty area. Kacharaba headed the ball but missed the goal by a small margin! A minut later, Bah’s shot missed the goal as well. Alex Bah was injured before the end of the first half and had to be substituted by Lingr.

Slavia started the second half nicely. Sor’s shot went just wide, Holeš’s shot was saved by the goalkeeper. Yira Sor fired another shot on goal a few minutes later but Bayindir did a good job and saved it. He could have scored again just three minutes later when he was going at the goalkeeper while being chased by the defenders but Sor missed by a few inches! Holeš’s shot a minute later hit the net behind the crossbar.

Yira Sor scored his second of the night in the 62nd minute. Holeš passed the ball into the penalty area to Sor who shot right bellow the crossbar to double our lead – 3:1! And he could have scored the hattrick when he was goind alone on goal and tried to go around the goalkeeper but Bayindir made a good save again.

Fenerbahce scored for the second time in the 90th minute after Arda Guler. He made his way trough Slavia’s defence and passed the ball to Berisha who scored from close range.

Ondřej Kúdela made his comeback after a few months he missed due to an injury as he replaced Taras Kacharaba in the end.

Nothing else happened in the match as Slavia won 3:2 and secured its place in the round of 16! The Red-whites will play their next game on Sunday 27th February away against Hradec Kralové. 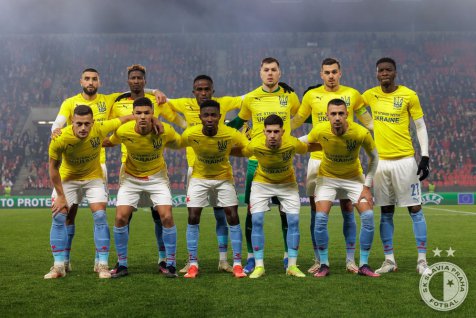 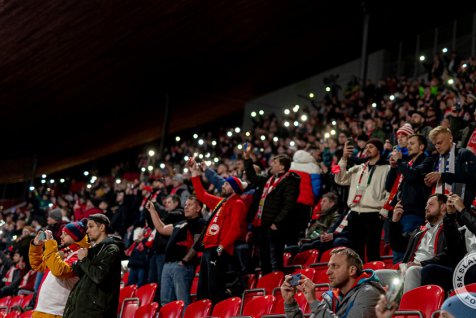 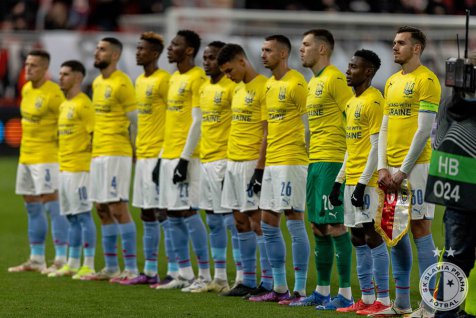 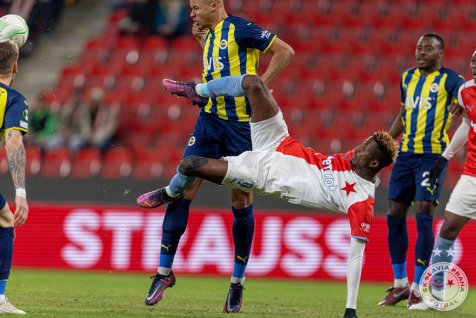 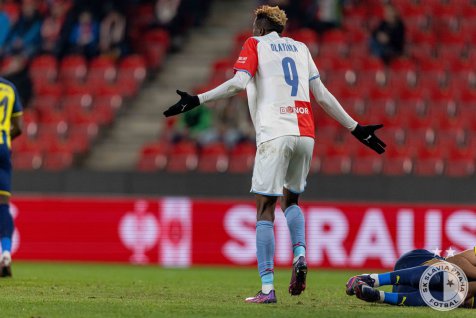 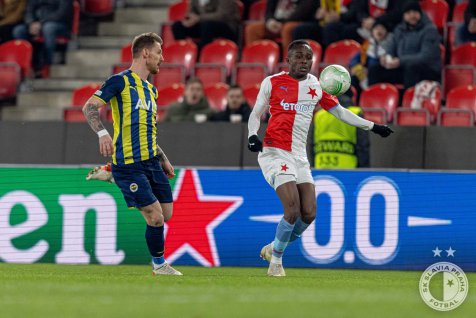