Liberec - Slavia
Goals: 80. Králíček - 34. Traoré, 45. Júsuf, 49. Musa
Radio
Slavia recorded 4th victory in their 4th game of Champions Group. Traoré, Yusuf and Musa secured the 3-1 win in Liberec in the last away game of the season.
Jindřich Trpšovský made 7 changes into the starting line-up in compare to the previous game with Jablonec and opted for unusual 3-5-2 formation with Yusuf and Musa in front. 19-year old left-back Daniel Kosek started for the first time from the opening minutes. Another member of Slavia UEFA Youth League squad – Lukáš Červ – made his league debut replacing Musa on 75th minute.

The opening minutes were equal as the new Slavia line-up had to adapt, but the red and whites finally gained the high ground and took lead on 34th minute. Hellebrand sent his cross from the set piece on the left side of the pitch, Holeš deflected the ball inside the box and Ibrahim Traoré fired the ball into an open net on the far post.

Slavia managed to double their lead shortly before the break. From another free kick, Yusuf Helal fired the ball through the wall and Liberec goalkeeper Nguyen could not reach the ball in the bottom left corner.

Just few minutes into the second half the red and whites added third. After a long cross from our own half, Yusuf passed the ball to Petar Musa, he won his duel with one of Liberec defenders and chipped the ball over Nguyen. He scored his 14th goal of the season and is still on top of the top scorers’ table along with Sparta Libor Kozák.

Slavia then wasted several good chances, both Tecl and Masopust were denied by Nguyen in promising opportunities. But it was the hosts who managed to score. In 80th minute Kovář managed to block dangerous effort by Šulc, but Králíček rebounded the bell into an open net to make it 1-3.

Few minutes later Petar Musa was booked after a tackle on Liberec half. It was his second yellow in the Champions Group and the Croatian striker will miss the last game of the season against Sparta.

In 84th minute Slavia could score another goal from the set piece, but Stanciu’s effort from the edge of the box hit the left post.

Slavia thus defeated Liberec 3-1 and recorded 4th win in the 4th game of Champions Group. The red and whites are 11 points ahead of Plzeň in league table and will celebrate the title in the last game of the season on Wednesday home against Sparta. 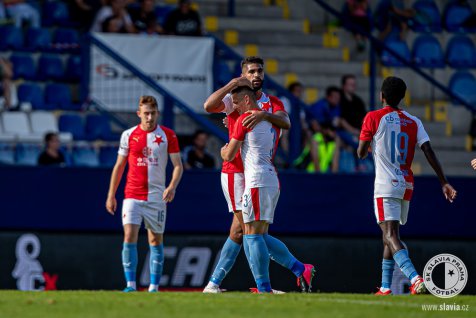 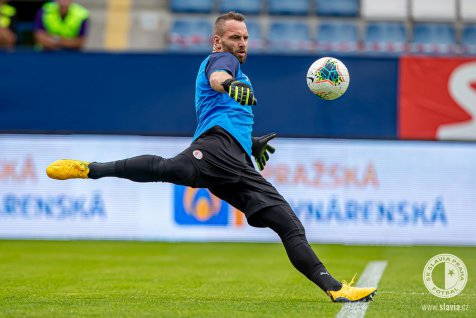 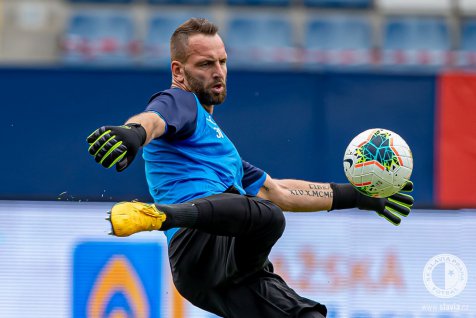 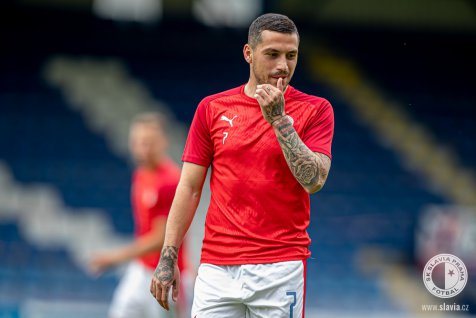 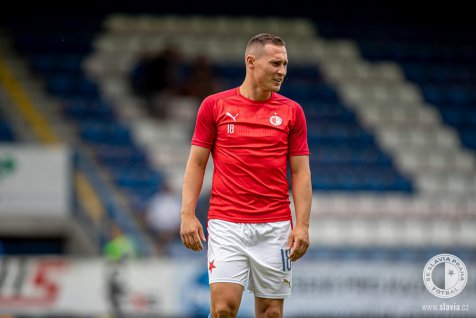 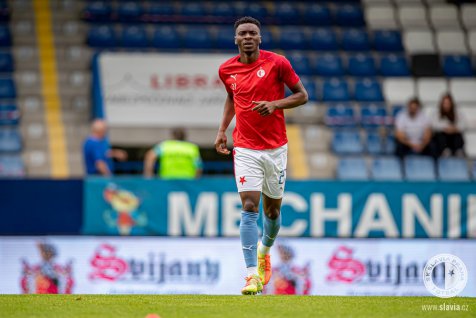