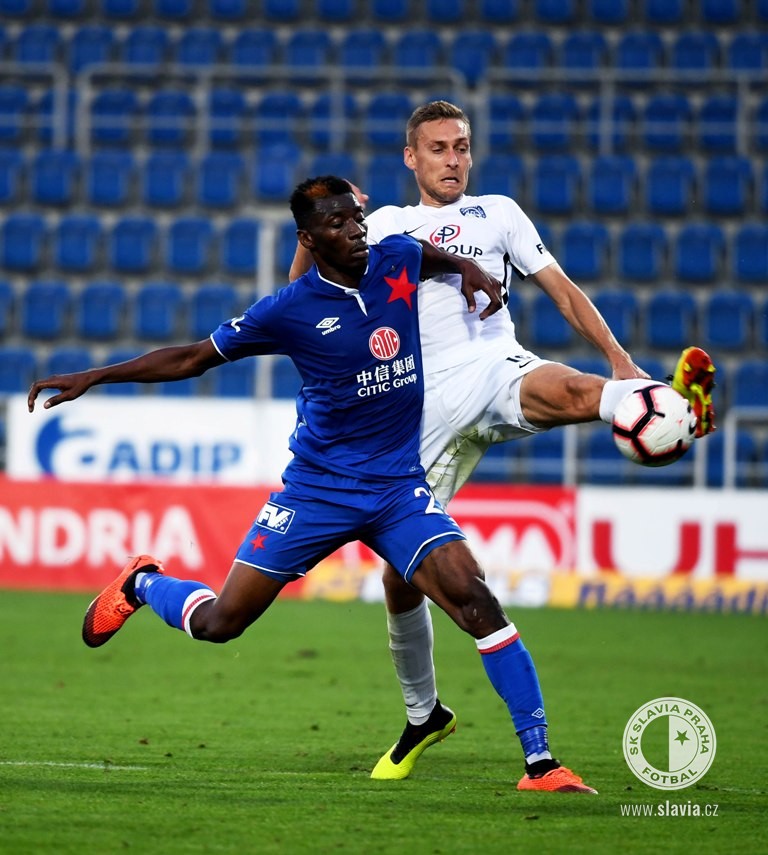 Ibrahim Benjamin Traoré came to the Czech Republic in 2013 inspired by his countryman Wilfried Bony who shined in Sparta and later joined Swansea or Manchester City. In September 2018 he joined Slavia from Fastav Zlín. 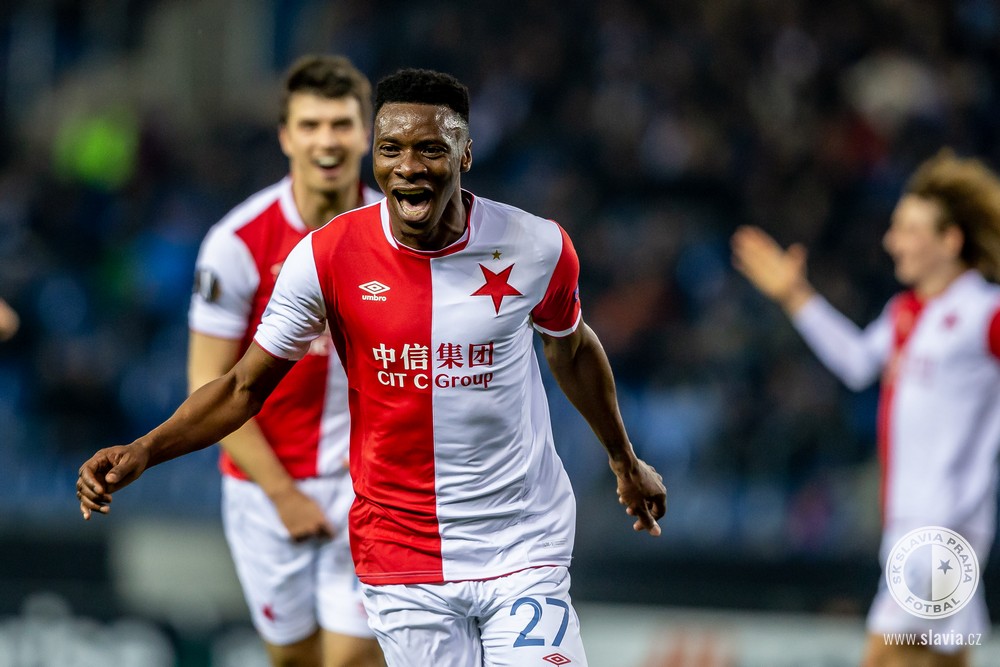 Traoré scored his maiden goal on 21 February 2019 during a 4-1 away win in Genk in the UEFA Europa League Round of 32 which secured Slavia qualification for the round of 16 against Sevilla. 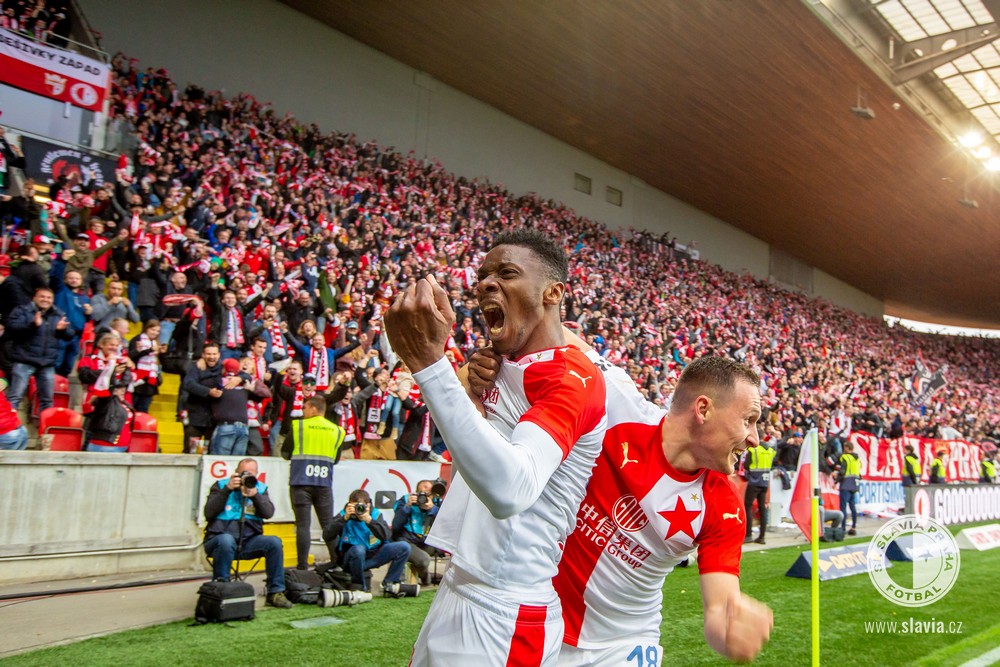 He made 32 appearances in his first season for Slavia including 11 starts in the UEFA Europa League, most in the startiing line-up. 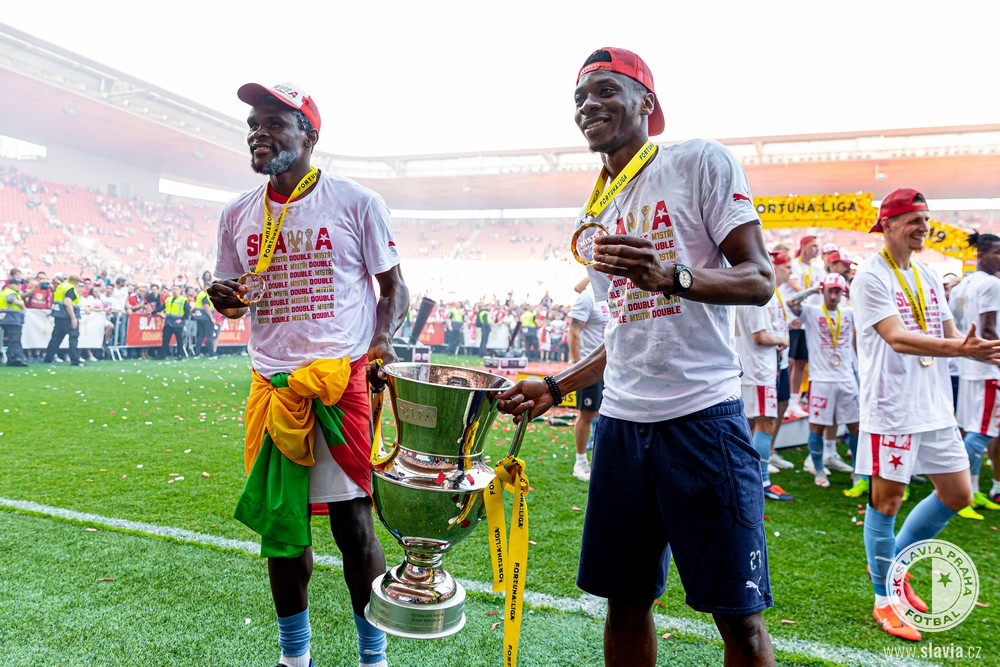 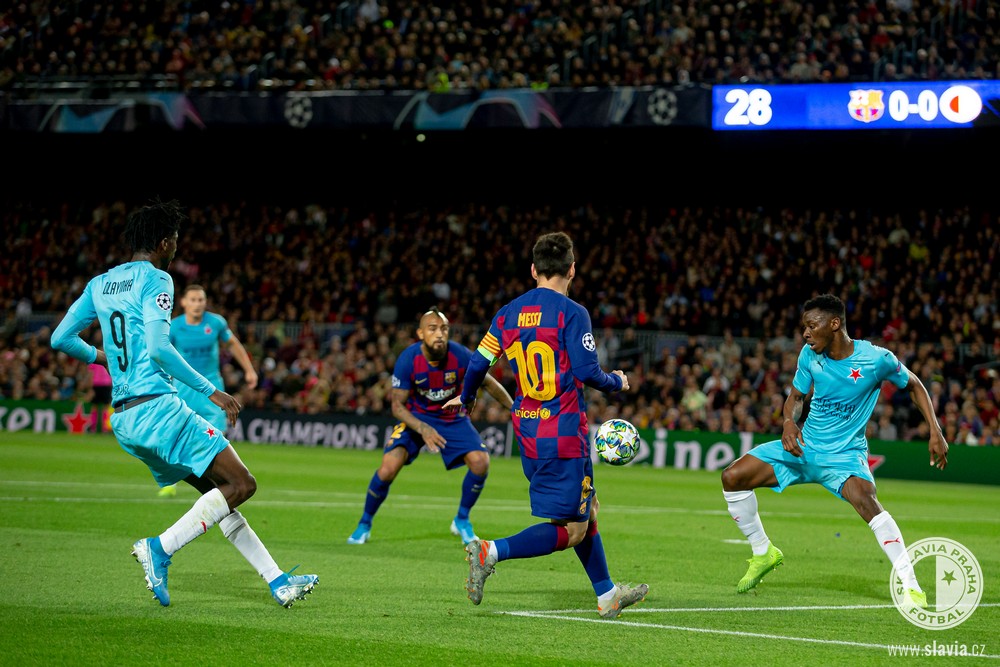 In 2019/20 Traoré was part of the team which qualified for the UEFA Champions League group stage and was rewarded by games against Barcelona, Inter and BVB. 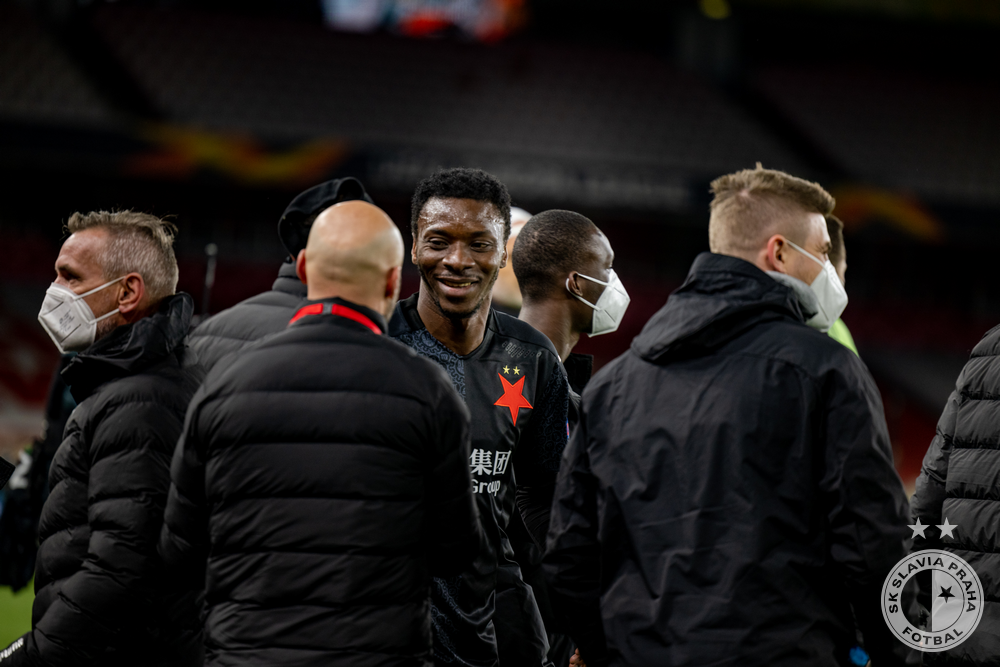 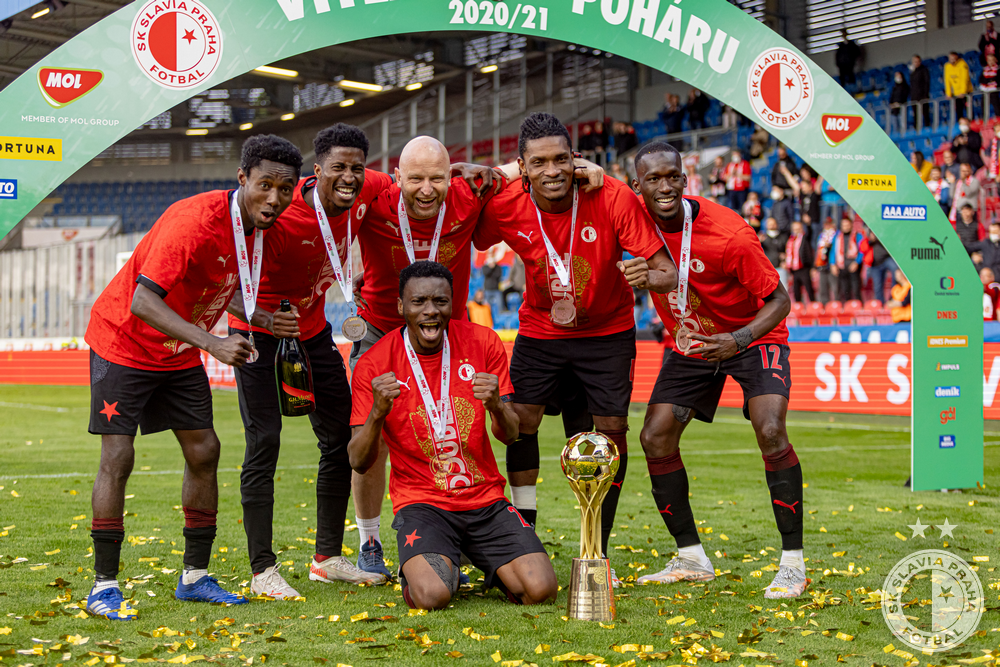 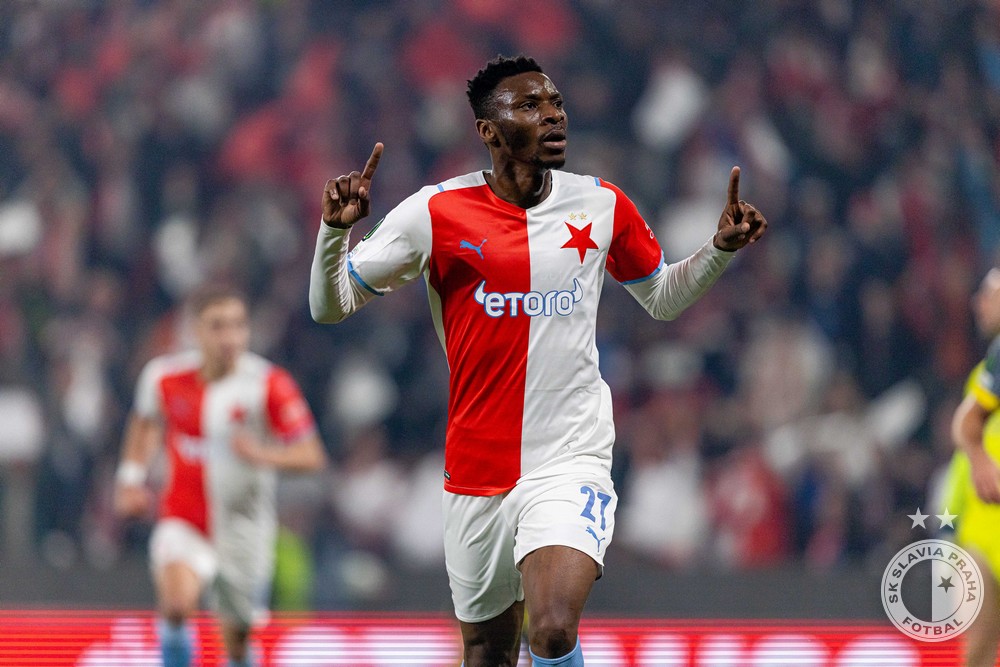 This season Traoré scored 4 goals in the knockout stage of the UEFA Europa Conference League leading Slavia to yet another quarter-final appearance. 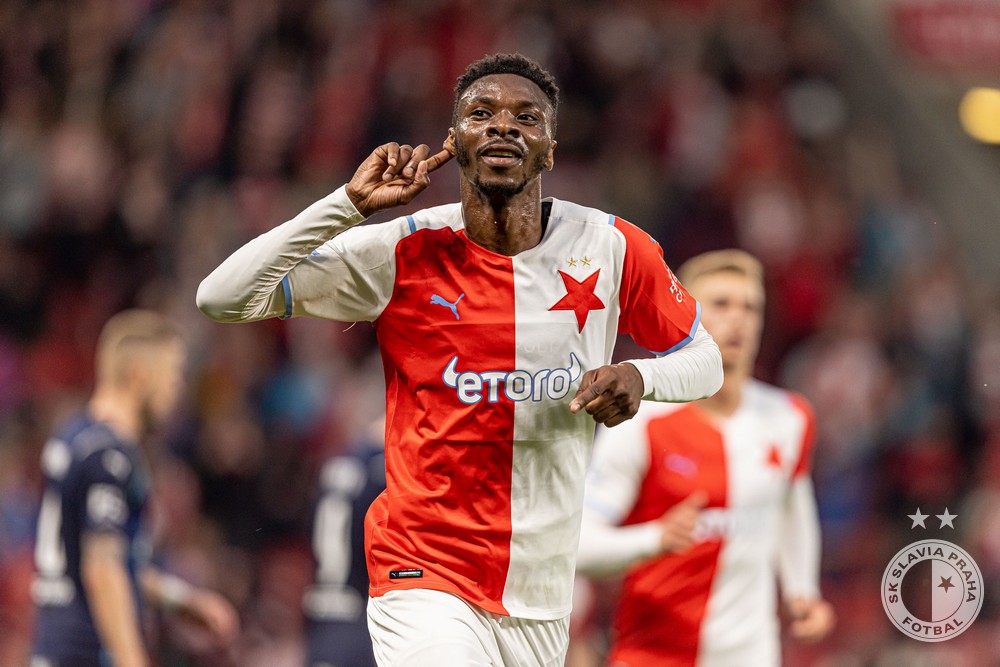 Celebrating his 150th appearance for the Red and Whites with a goal against Slovácko.