“I am really happy to sign for Slavia. I am glad I will become part of such club. I am ready to give it 100 percent, I don’t mind if I start playing for the reserves or for the first team, my own performance is the most important thing. This is a great step for me, there are many African players who appeared in Slavia, some of them are still here and achieved great things. I am looking forward to being part of this club and create its history,” said Singhateh on his first day at Eden. 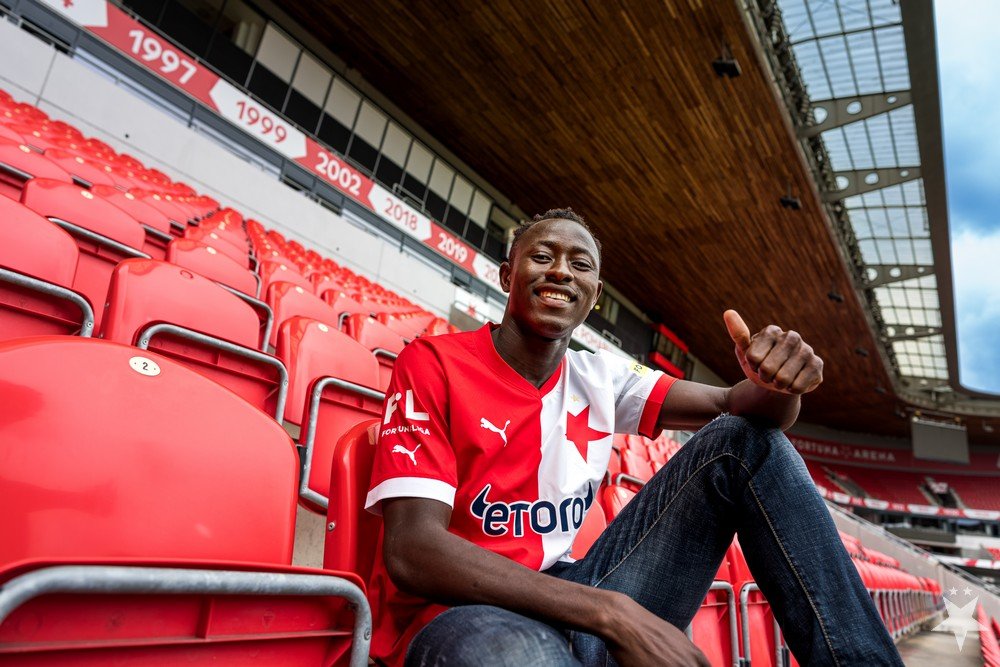 18-year old forward joins Slavia from Estonian side Paide where he spent half a year coming from Gambian Real de Banjul. He scored 13 goals in 10 games for U21 team and 9 goals within 824 minutes for the first team. He won the Estonian Cup with Paide which currently sits fourth in the league table.

In summer 2022 Singhateh started in the UECL qualifiers against Dinamo Tbilisi scoring a penalty in the second leg and then converting another in the penalty shoot-out to secure victory for Paide. Another Singhateh’s successful penalty meant that Paide went throu to the 3rd qualifying round against Ararat. At the end the side ended after two defeats against Anderlecht.

Singhateh can play as a lone striker or on both wings. His strengths are pace, one-on-one play and finishing.