close
CZ CN
“We have new young players with great potential. We believe we can succeed here,” says assistant manager Jaroslav Köstl before the UECL against Fenerbahce.

On the absence of manager Jindřich Trpišovský

“It is an unusual situation. But in the past all decisions were made by the entire coaching staff, all of us. So, now we are consulting everything with him as well. We called each other on Wednesday, before and after the training, and we well have a call on Thursday. We just haven’t spoken about our communication during the game yet.”

“It is a great honour for us to play with such a big club as Fenerbahce and on such a beautiful stadium. It is a great challenge, and it will be a great game. We have been watching Fenerbahce from the end of the last year when we knew we would play against each other. They changed the manager, and the team was different then, but the top players remained there. The team is very dangerous up front with players like Valencia. But we are prepared. Their offensive is great, but we might find some problems in the defence, and we will try to utilise them.” 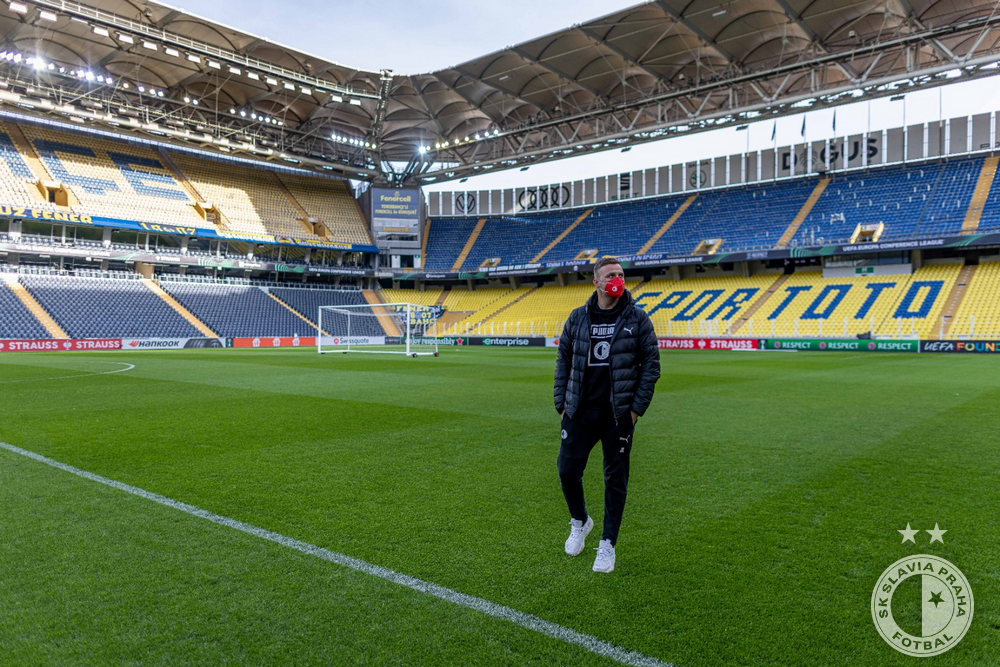 "Most people would say that Fenerbahce are the favourites. We will try to turn this around, to change the odds before the second leg."

On the departures of Kuchta and Stanciu

“It does not worry us, we got used to the fact that our best players leave for bigger clubs after some time. The departures of these two would hit every club, they were behind most of our goals. But we need to handle, as we have handled the departures of key players in the past. Souček, Coufal, Zima or Sima. We have new young players with great potential, and we will try to develop them. We believe that we can succeed here with them.”

On Bah and Masopust missing on the left side

“We can imagine how to solve this situation. The players know what we are going to play as we needed to watch videos and to prepare them for individual players of Fenerbahce. We have also considered a change of our tactical line-up as we are missing many players. The rest of the team know it, they are ready, and we are trying to find out the line-up of our opponent. We don’t want to leave it up to chance, of course.”