“It means a lot to me. There were great captains in Slavia before me, all of them big names, great personalities. I am glad I have the confidence of my teammates, but we were always solving everything as the team. And we will continue to do so. Slavia has never been just about one man,” Bořil said.

Slavia will start the league away against Budějovice

Slavia will start the league away against Budějovice

Slavia will start the Czech league on Saturday, 22 August, away in České Budějovice. First Prague Derby of the season is scheduled for 7 November.
More
A team

28-year old winger who played in Slovan Liberec for last 3 years signs a contract in red and white until 30 June 2023.
More
A team

⏲️ HALF-TIME | The Red-Whited flew into the game in some style scoring twice in the opening 5 mins! David Zima managed to score our...
twitter

33' | DAVID ZIIIMA ADDS THE THIRD! ❄️Young defender smashes the ball into the back of the net after Nico Stanciu's volley attempt,...
twitter

5' | WHAT A START TO THE GAME! 🔥Two quick consecutive goals by Petar Musa and Tomáš Holeš give the Red-Whites two-goal...
twitter 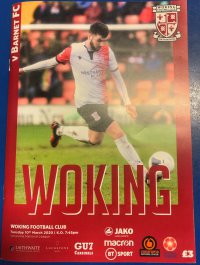 Surprising visit from @wokingfc 🏴󠁧󠁢󠁥󠁮󠁧󠁿 in Eden! They wrote about us in their recent matchday...
twitter