Proud Albion. A legendary Ancient Greek name of England set its roots in history of our club since its very beginning. Slavia played one of the first international matches against Oxford University, then Southampton, Corinthians, Tottenham or Everton. In a modern club´s history we faced Tottenham, Leeds, Arsenal or Aston Villa. Visit our Slavia Museum where you can find historical artefacts from the aforementioned matches! 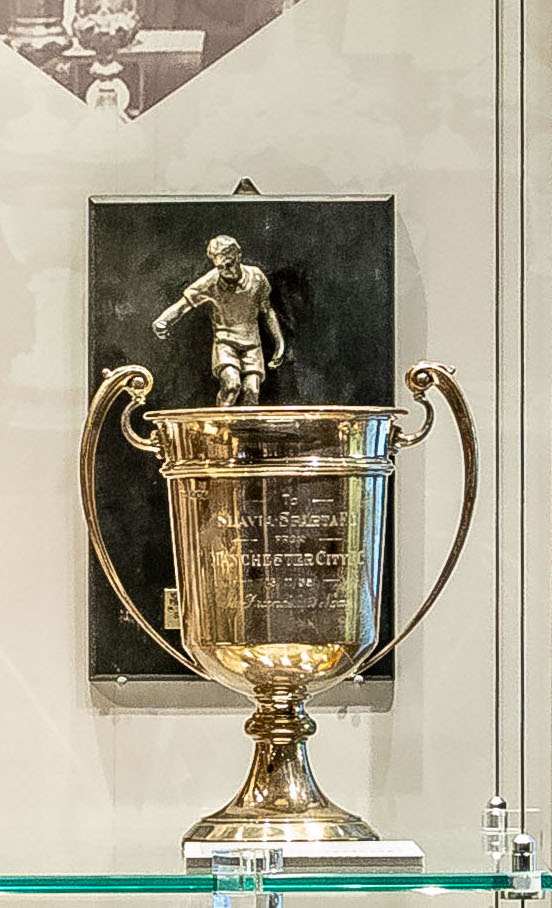 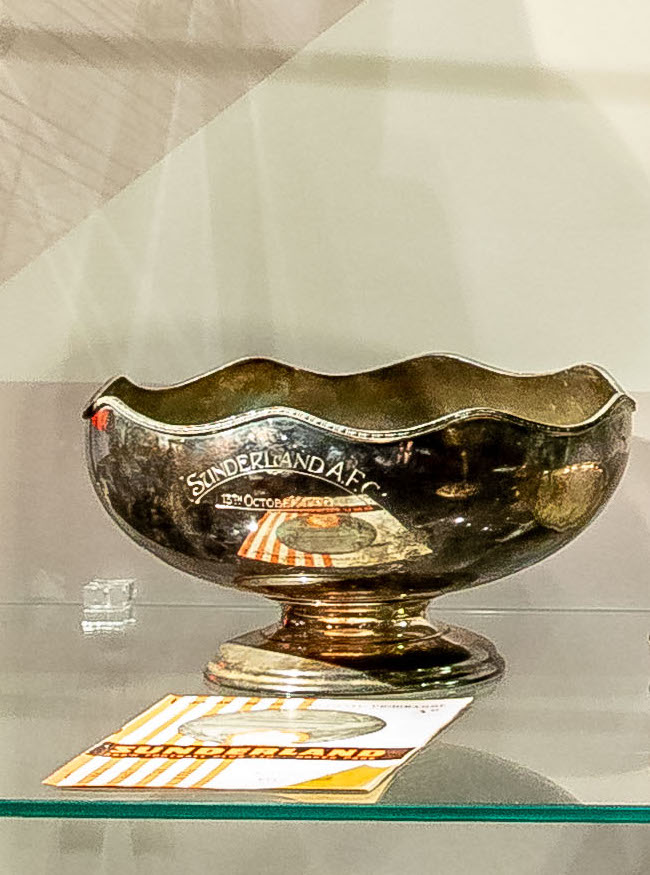 Liverpool pennant 1936. A friendly match against the famous English club was played by a combined team of Slavia and Sparta players on 13 May 1936 at Letná. Five Slavia players were in the line-up: captain František Plánička, Daučík, Vodička, Kopecký and Vytlačil. Liverpool got a starting fee of 350 pounds. 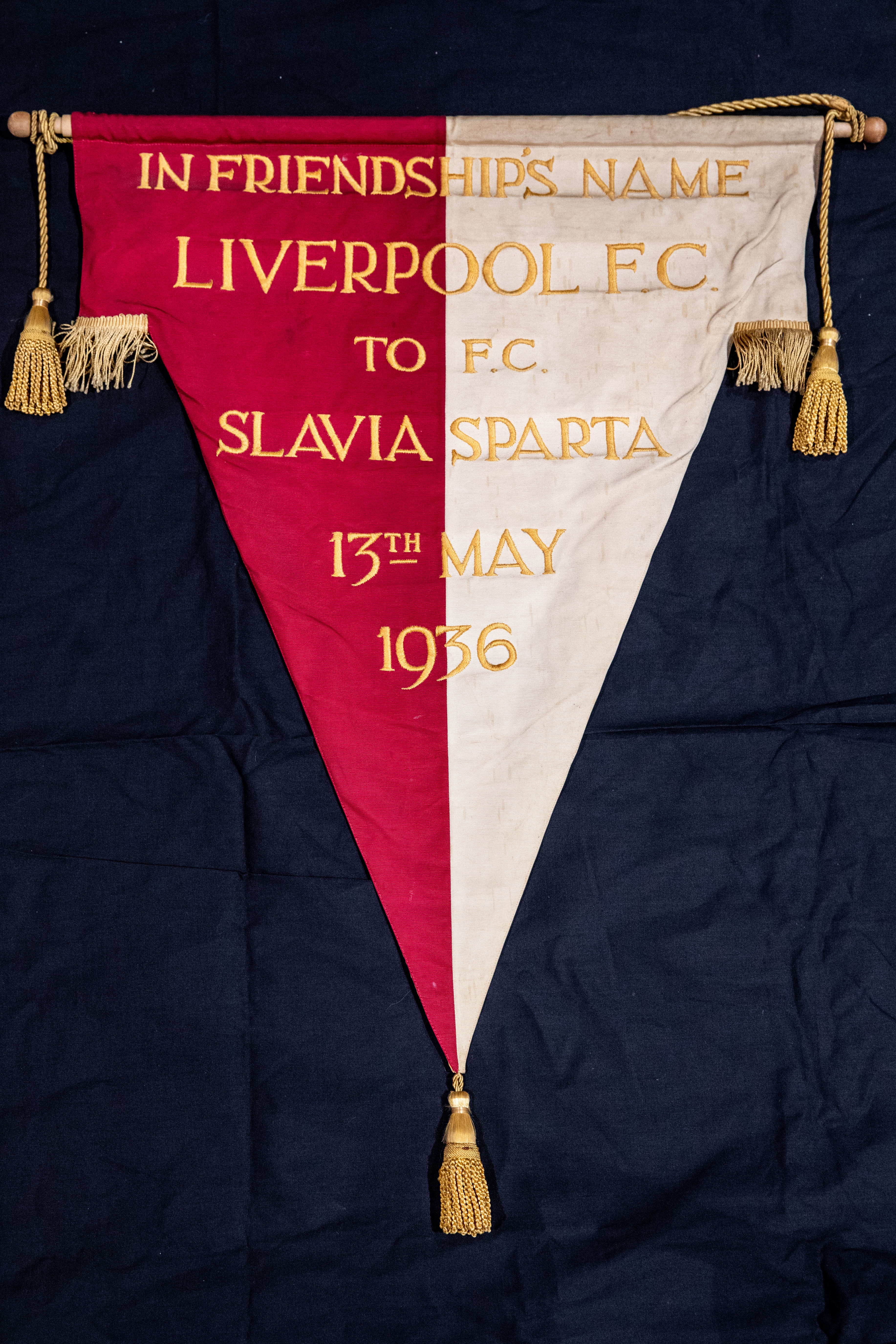 Series of ten reporter´s photos taken probably by Prager Tagblat (Josef Laufer worked for them later) from the Slavia vs. Oxford game on 28 March 1899. The first English team playing in Prague. The starting fee was 40 pounds. 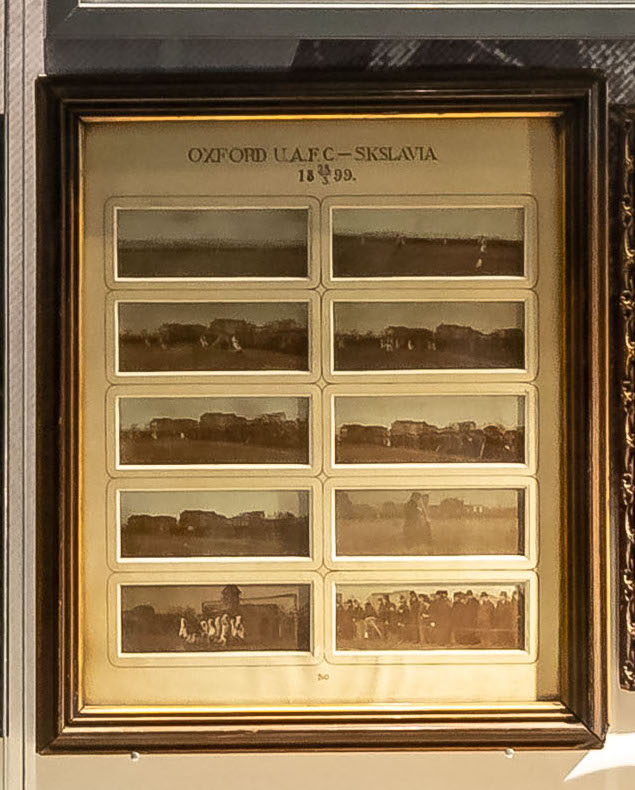 Memorial book with autographs of teams who played against Slavia in 1900-1909. One of the most precious entries is from 24 April 1901 with Southampton players including the famous goalkeeper John Robinson. Other famous opponents from England: Tottenham and Arsenal. 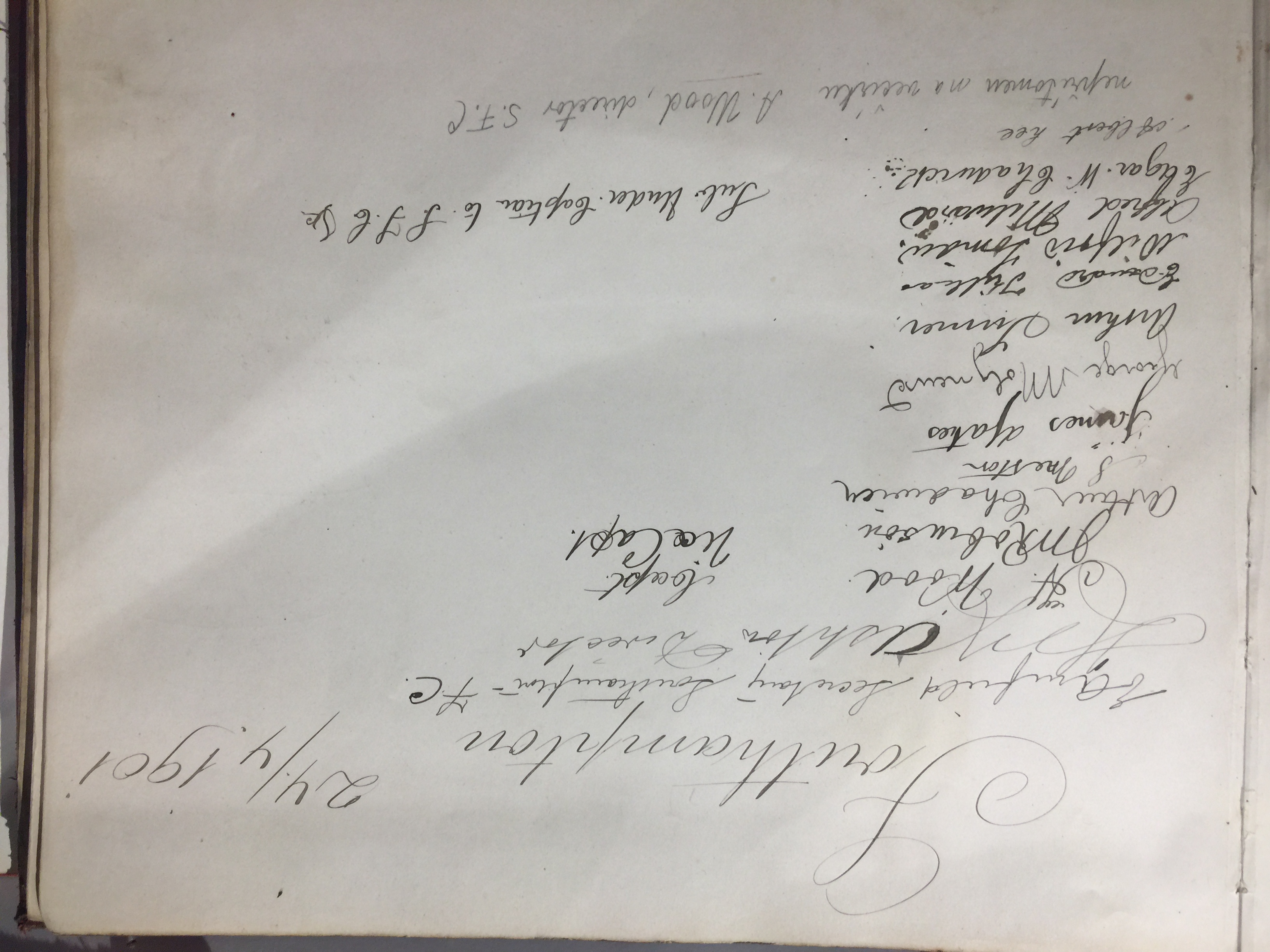 Memorial book with autographs of teams who played against Slavia in 1909-1924. The athletic and rowing races are included. One of the most famous entries: 3 and 4 April 1910 Civil Service London. The most precious autograph is the one of President T. G. Masaryk from 10 September 1922 when an athletics event was held, the Oxford and Cambridge universities teams participated. President Masaryk added his signature to the list of English athletes. 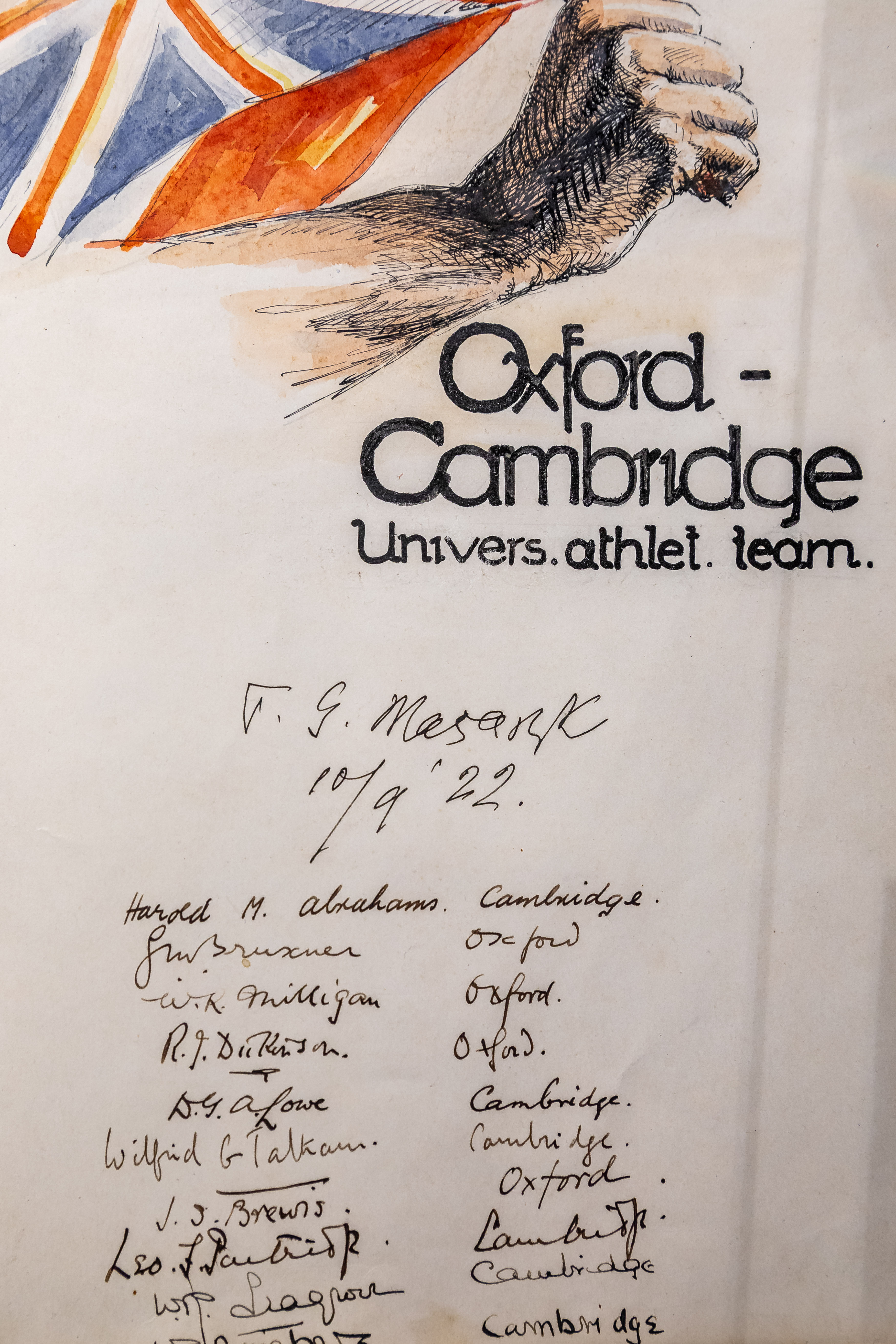 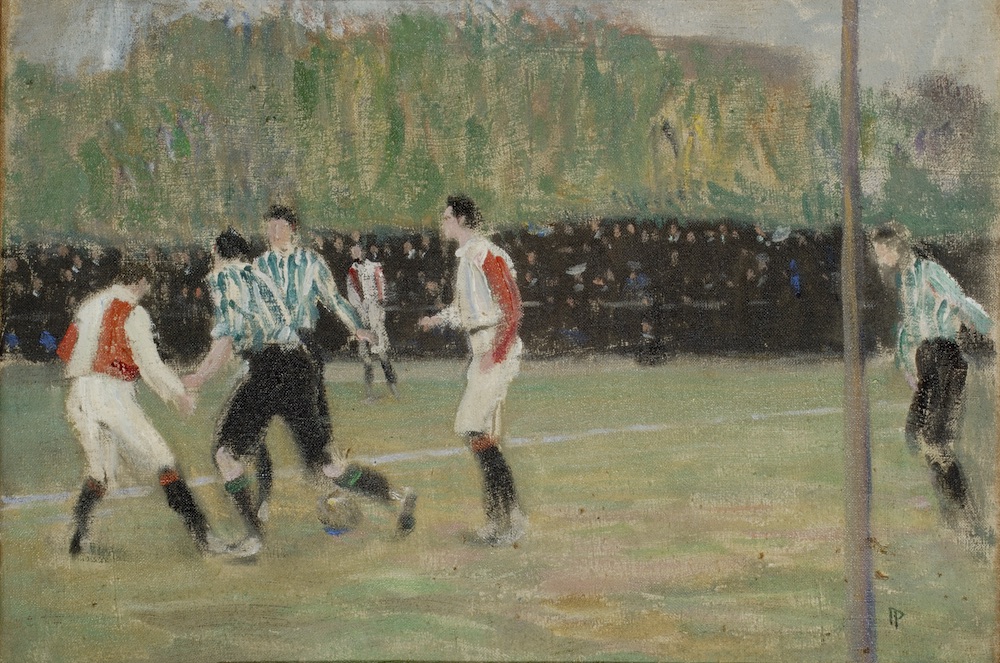 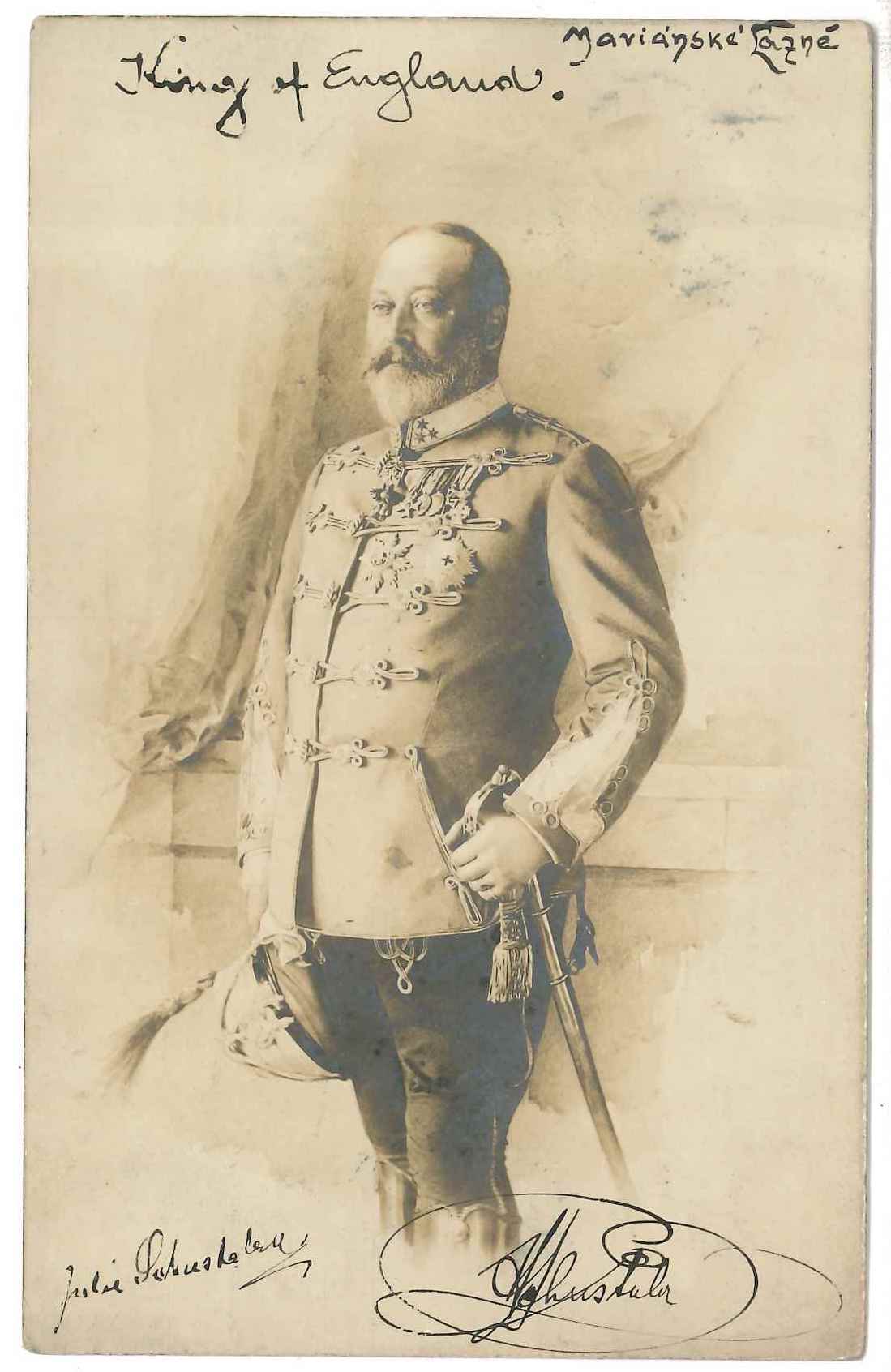 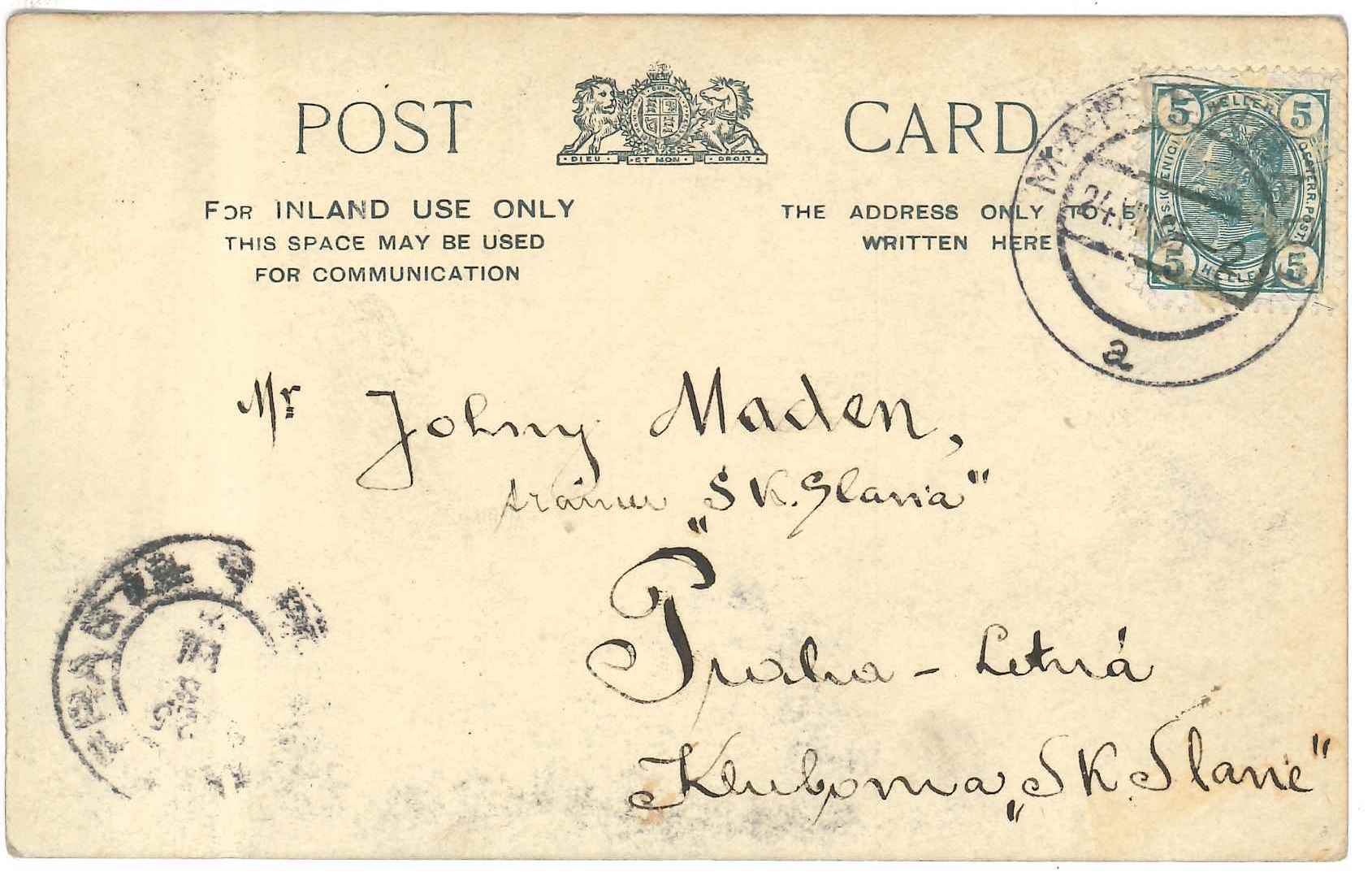 Vladimír Šmicer´s shirt from the UEFA Champions League final in Istanbul on 25 May 2005 - AC Milan vs. Liverpool 3-3 (2-3 on penalties). Šmicer scored the last Liverpool penalty in the shoot-out and scored the second Liverpool goal. Loaned by Vladimír Šmicer. 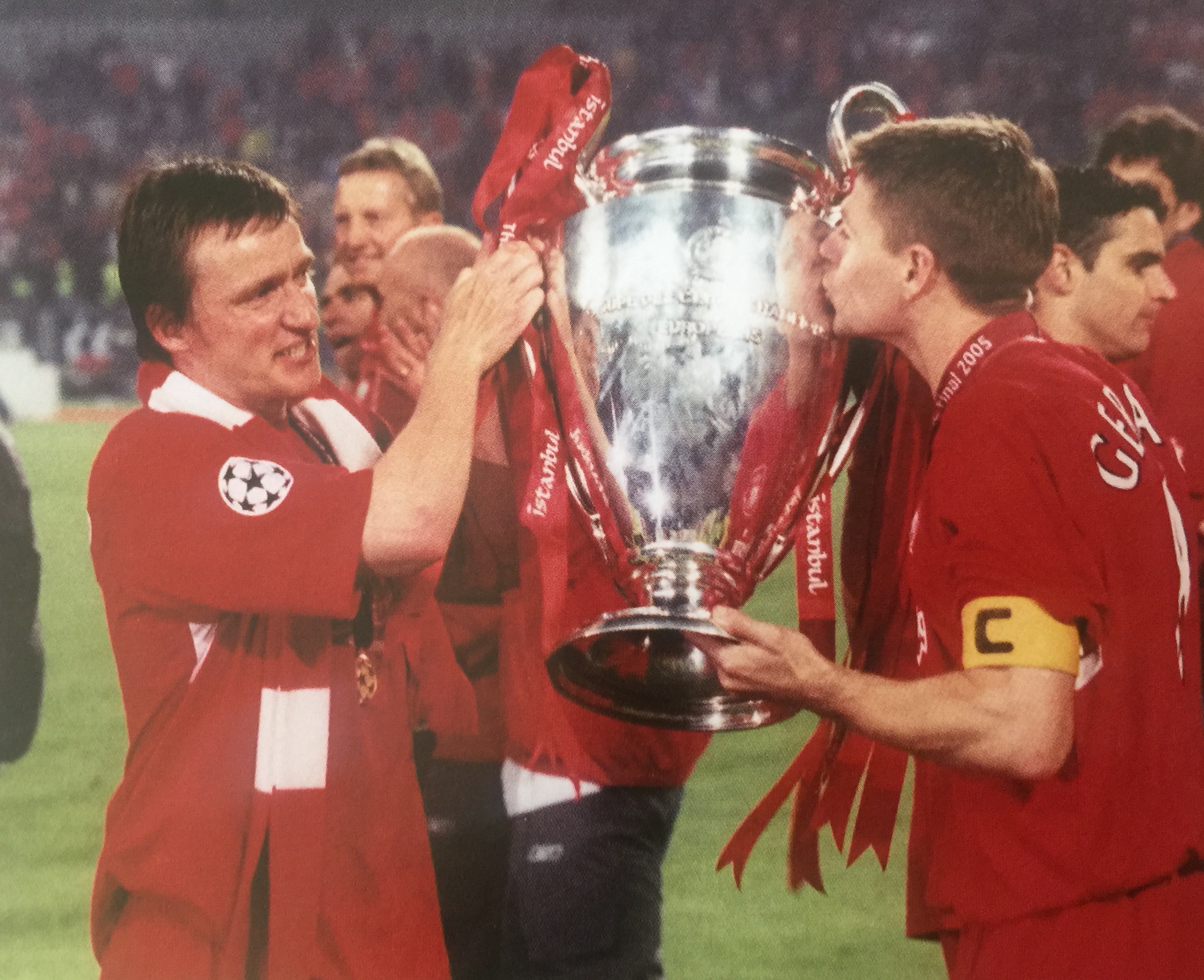 A shirt from the Arsenal vs. Slavia Praha game from the UEFA Champions League group stage on 23 October 2007. The traditional fans´ ritual after game was done despite the 7-0 defeat and it was reported about by the world´s media. 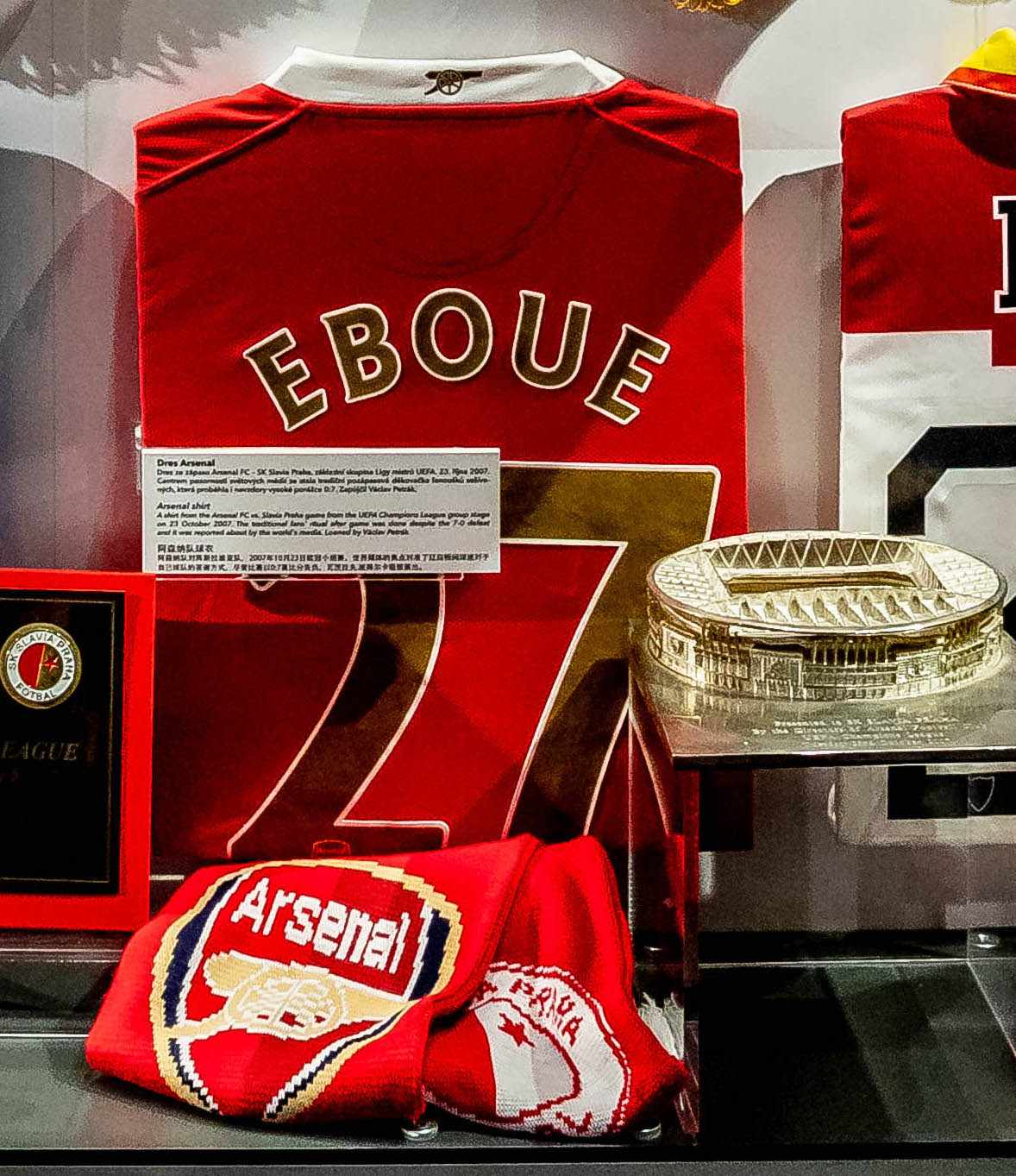 Karel Poborský´s shirt. Poborský changed Slavia for Manchester United after winning silver medal at EURO 1996 in England and the Czech title with Slavia the same year. 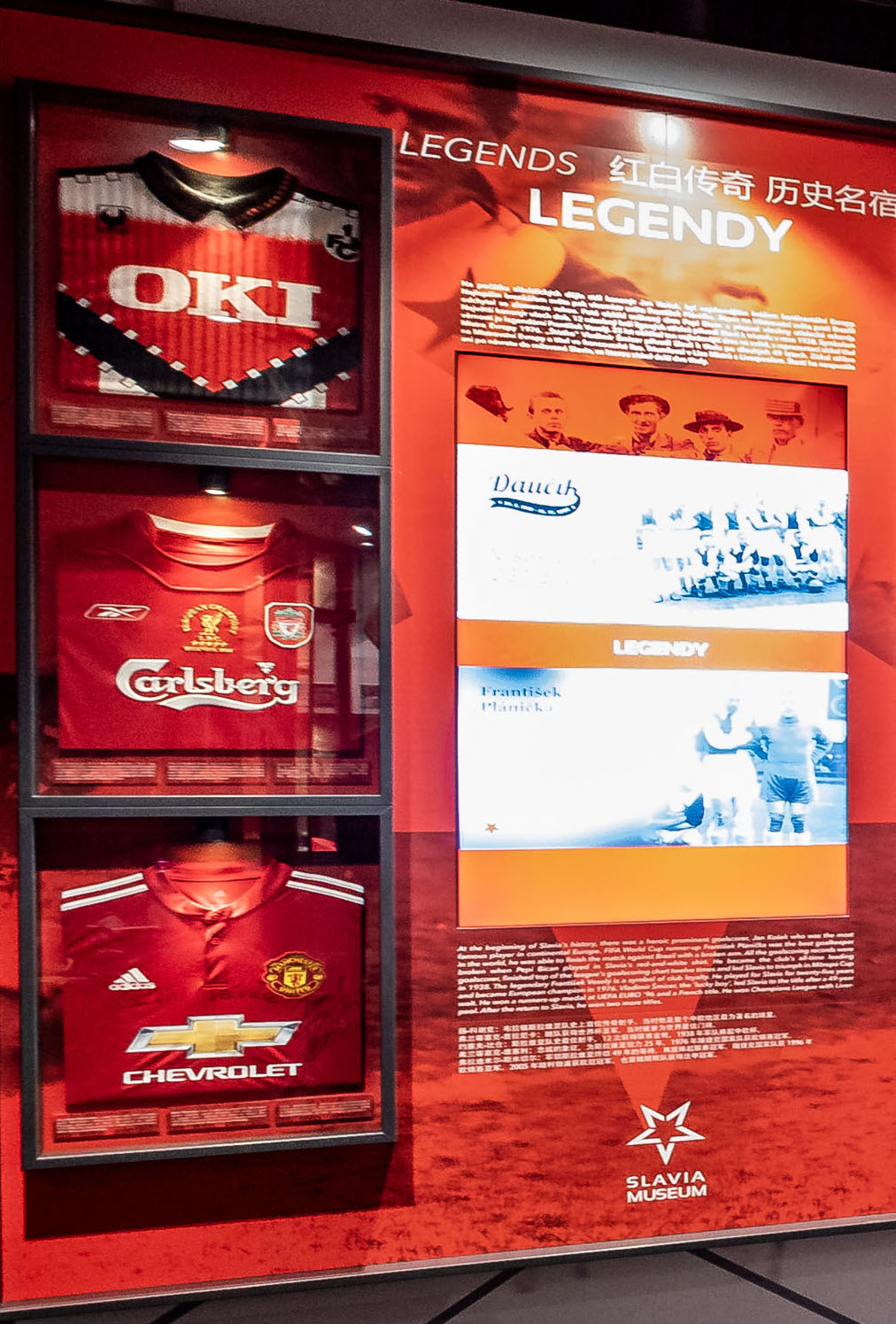