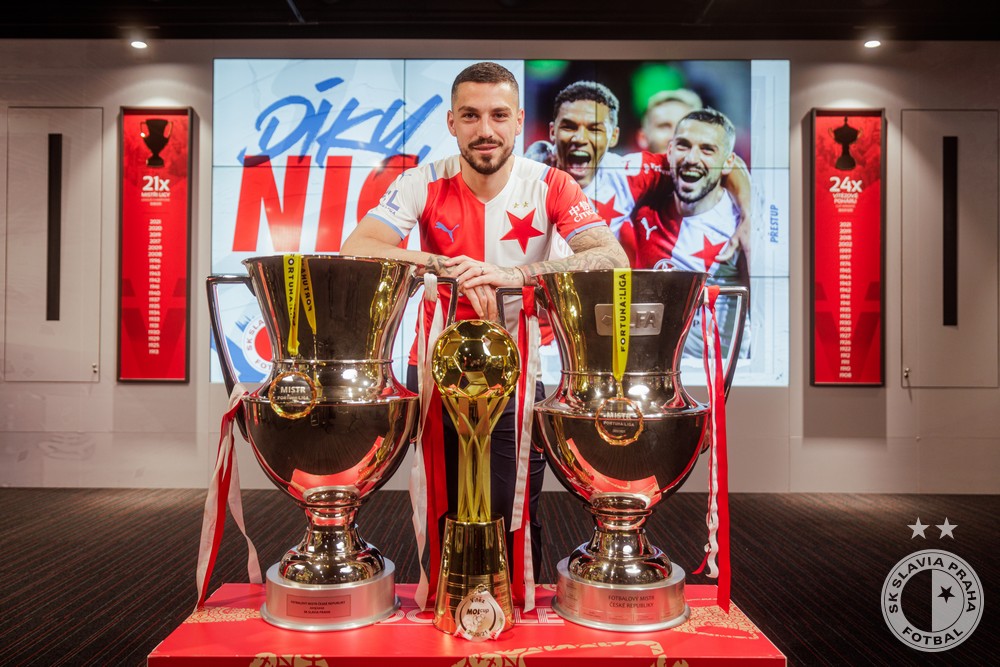 Nicolae Stanciu joined Slavia in July 2019 as one of the most controversial transfer of the club’s history. He came from Emirati club Al-Ahli, but only half a year earlier he was playing for the biggest rivals Sparta Prague. Despite this, he became one of Slavia fans’ favourites thanks to his skills and goals and assists in important games.

Stanciu became member of one of the most successful Slavia teams. He started with 2019/20 Czechoslovak Supercup and helped the club to qualify for the UEFA Champions League group stage in the following season. At the end of the 2020/21 season Slavia won their 20th Czech league title, Stanciu scored 4 goals and made 11 assists and was awarded the Best Midfielder and the Best Foreign Player of the Fortuna Liga.

In the following season the Romanian midfielder was a key to our successful knockout stage of the UEFA Europa League season providing an assist to Provod’s goal in Leicester and scoring in both legs against Rangers to lead Slavia to the quarter-finals.

Slavia won both Czech league (for the third time in a row) and Czech MOL Cup in 2020/21 season, unbeaten in both competitions. Stanciu scored 12 goals in 30 games and added 6 assists. He was voted the best player of the league according to fans’ voting. 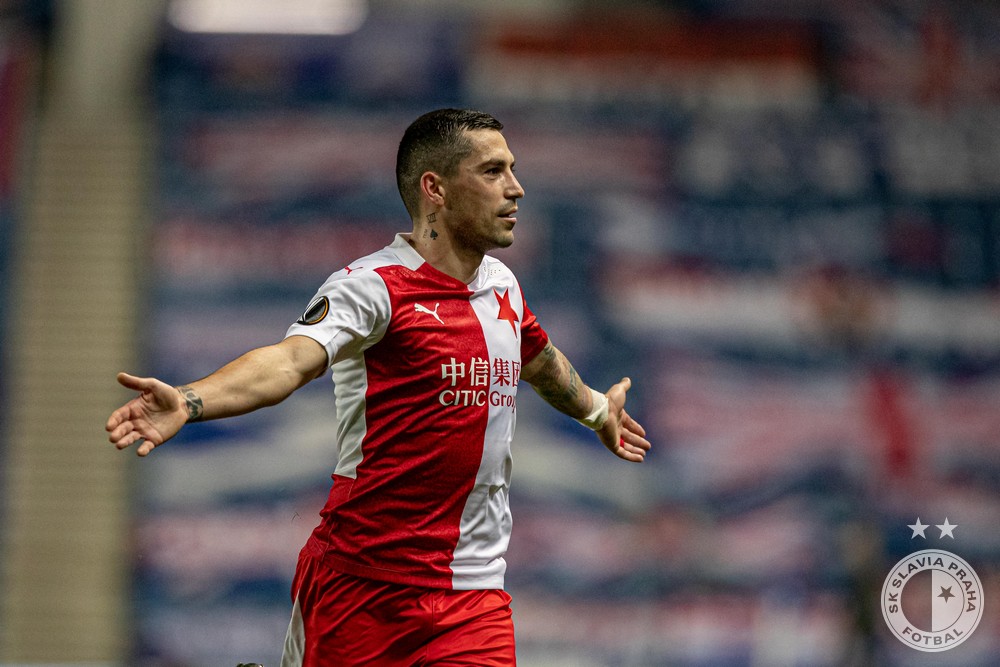 This autumn Stanciu started to 27 games for the Red and Whites across all competitions with the record of 6 goals and 8 assists. Slavia are on top of the league table and through to the UEFA Europa Conference League knockout stage and MOL Cup quarter-final.

Nicolae Stanciu made 112 caps for Slavia overall scoring 26 goals and providing 28 assists. He was wearing the captain armband on several occasions as a recognition of his contribution to the club. 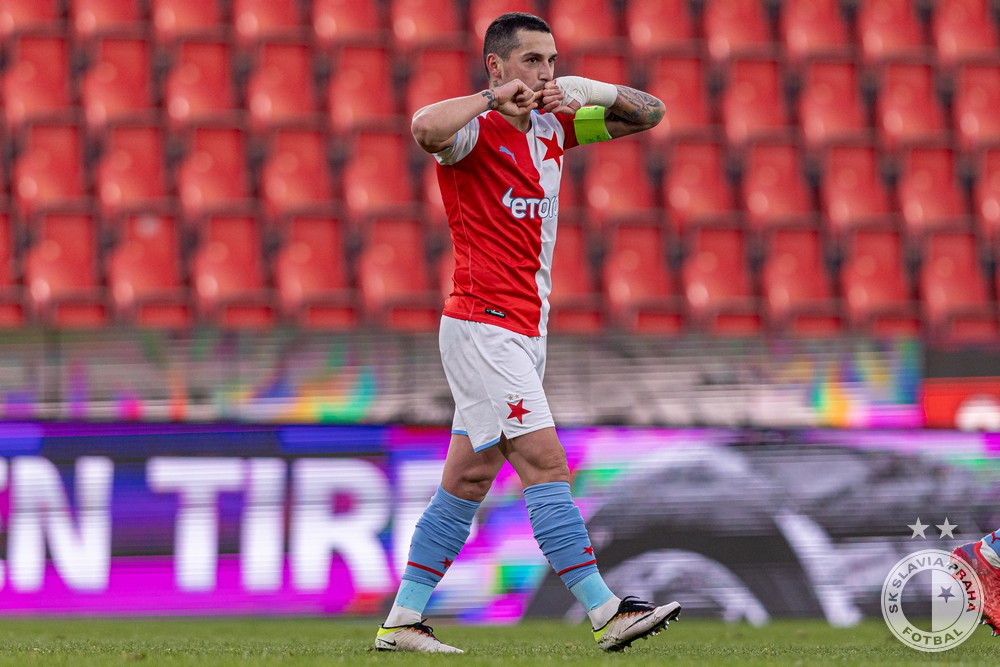 Nicolae Stanciu made 112 caps for Slavia overall scoring 26 goals and providing 27 assists. He was wearing the captain armband on many occasions as a recognition of his contribution to the club.

“I have won the league in other countries in the past, but it has never felt like at Slavia. We were more like a family, and we were proud to make history, to add the second star on our shirt. It means a lot and we will remember it until the end of our lives,” Stanciu said after winning the 20th title for Slavia.

Good luck, Nico, and thanks for everything! 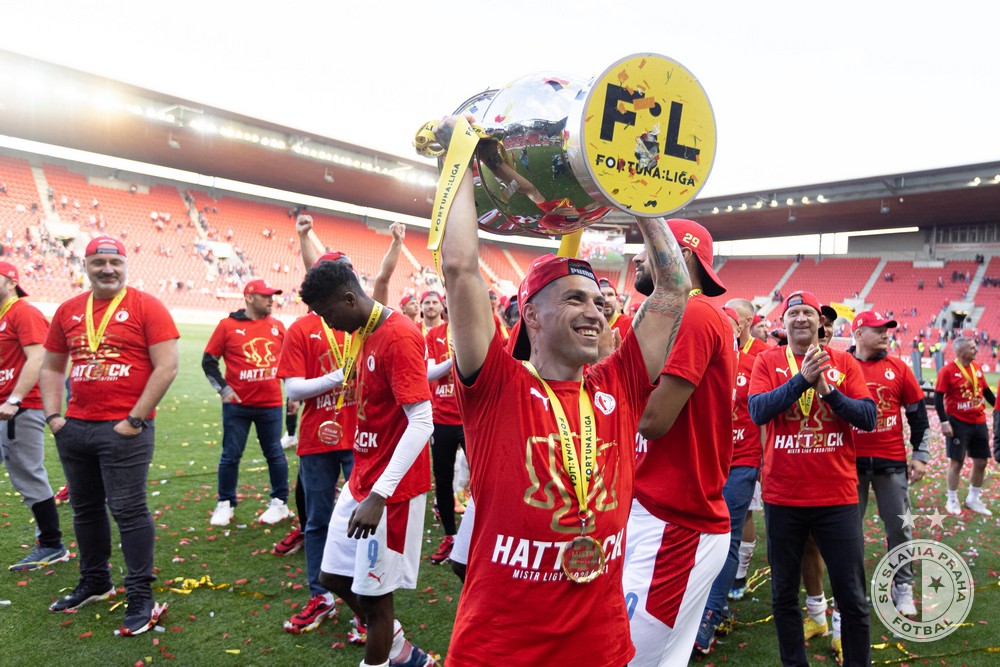 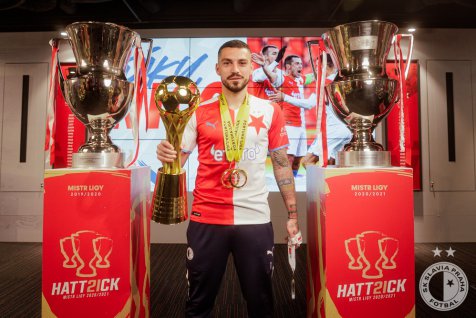 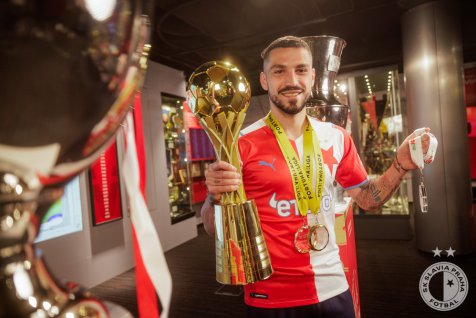 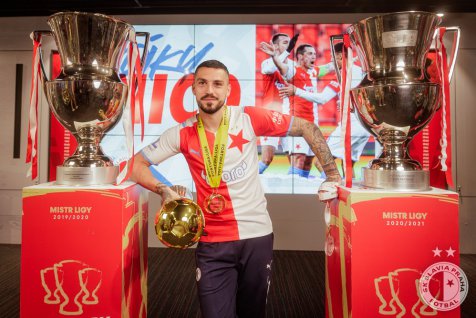 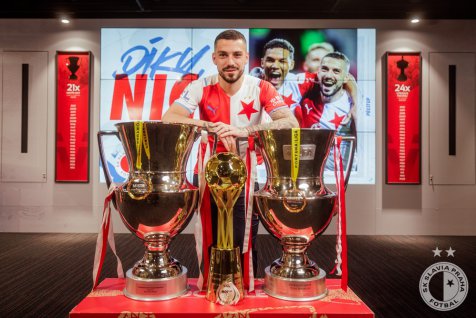 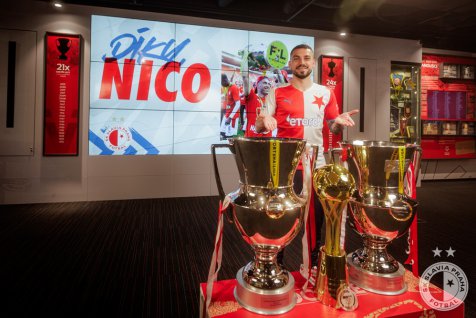 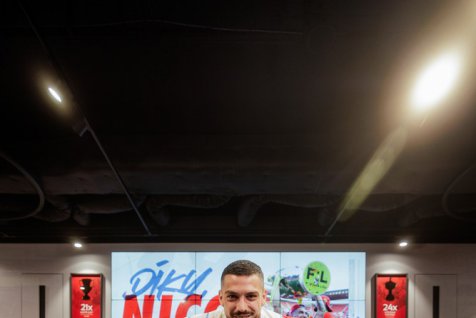