Czech soccer leader
In the years between the world wars Slavia held its leading position in Czechoslovak and European soccer. It regularly played in the legendary Central European Cup, was many times the runner-up in the final matches and in 1938 won the Cup. The history of Slavia Prague is closely linked with the greatest successes of Czechoslovak soccer. There were eight Slavia players on the Czechoslovak national team which in 1934 reached the finals of the World Championships where it met Italy (1:2).
A number of Slavia players are great personalities of European and world soccer, among them the absolutely best-known is forward Josef Bican (1916-2001), who scored more than five thousand goals and reached the average league rate of 1.75 goal per a league match.

World record
Slavia Prague is holder of a world record: since 1892 the players of the club have traditionally been wearing the red and white colours. Since the first match on March 25, 1896 the team have always played in the same dress: a red-white jersey, on the left side of the chest with a point positioned red star.

Persecution in communist times
After the Second World War the club was persecuted by a communist regime and in the 60s it was twice relegated to the second league. But Slavia promoted back to the top flight league soon - in 1965 finished in the third place in the league having an equal number of points with the winner.

Back in the glory from 1996
The greatest successes in post-war period Slavia achieved in the last ten years - in 1996 the red-whites won their fourteenth Czech title and the first title after long 49 years. In 1996 Slavia qualified to the UEFA Cup semi-final, and in 1997 to the UEFA Cup Winner´s Cup quarter-finals and in 1999 to UEFA Cup quarter-finals. Slavia won the Czech National Cup in 1997, 1999 and in 2002 when it beat its traditional rivals of Sparta Prague in final match. In the seasons 2002-2003 and 2004-2005 Slavia Prague became Czech league vice-champion. The red & whites won another 3 Czech titles in 2008, 2009 and 2017. In the 2007-2008 season the club took part in the UEFA Champions League group stage for the very first time (3rd place in the group with Arsenal, Seville and Steaua). 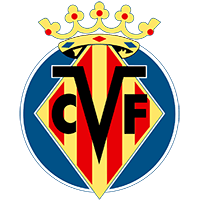