League Top Scorers’ Club was created for Czech football players who scored at least 100 goals in top tiers around the world. It was established in 1972 and 16 players who made at least part of their caps for Slavia joined the club so far.

Legendary Josef “Pepi” Bican was born in Vienna in 1913 and became one of the best football players of 20th century. He played for Slavia between 1937 and 1948 and after his spell in Vítkovice returned to red and white in 1953 for four more years. He scored 447 league goals, 417 for Slavia. He is probably the football’s leading goalscorer of all time. It is said he scored close to 1,500 goals in total during his playing days. No wonder he was awarded League Top Scorers’ Club Badge No. 1.

Bican’s comparison with other great goalscorers on talkSPORT 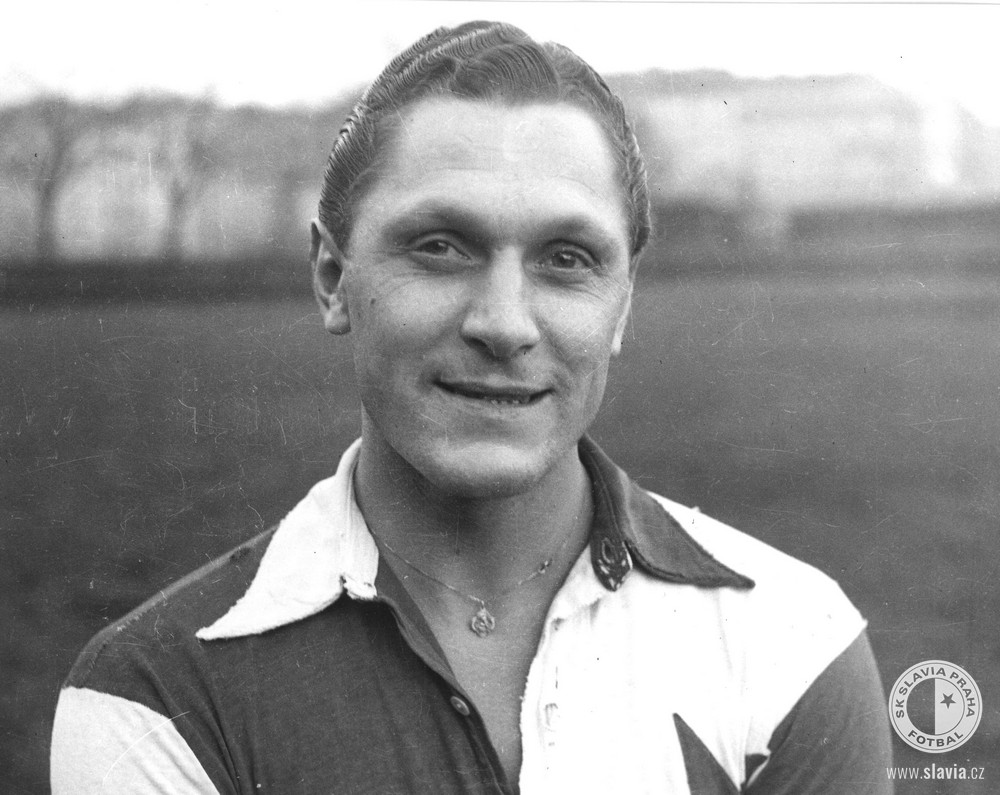 Together with Bican, Kopecký is the only player who scored more than 200 goals in Czech or Czechoslovak top tier, all of them for Slavia. In his best days, around 1939, he was considered the best winger in the world. He lived for Slavia and he literally died for the club. In 1967 he died of heart attack on the pitch playing for Slavia “old guard”. 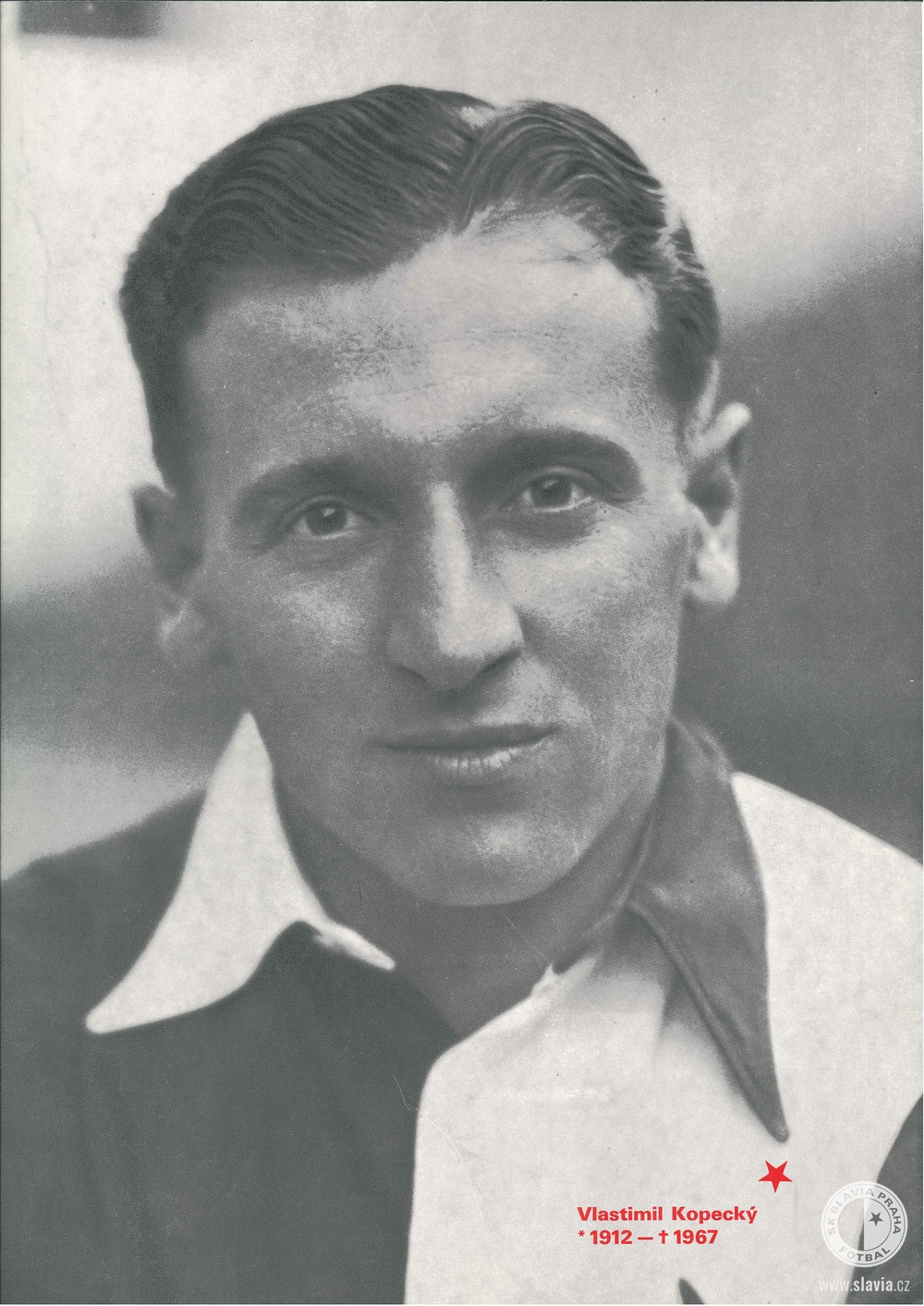 František Kloz managed to score 175 league goals in just 190 games. 3 of them he netted in red and white as he played for our club for 2 seasons. Most of his goals he scored for SK Kladno, the stadium of former first-league club is named after him. Kloz Died as war hero as member of Czech resistance movement during second world war.

Kloz kneeling first from the right.

Kareš started his career in neighbouring Bohemia AFK Vršovice. He returned to Prague at the end of his career scoring 21 more goals for Slavia. 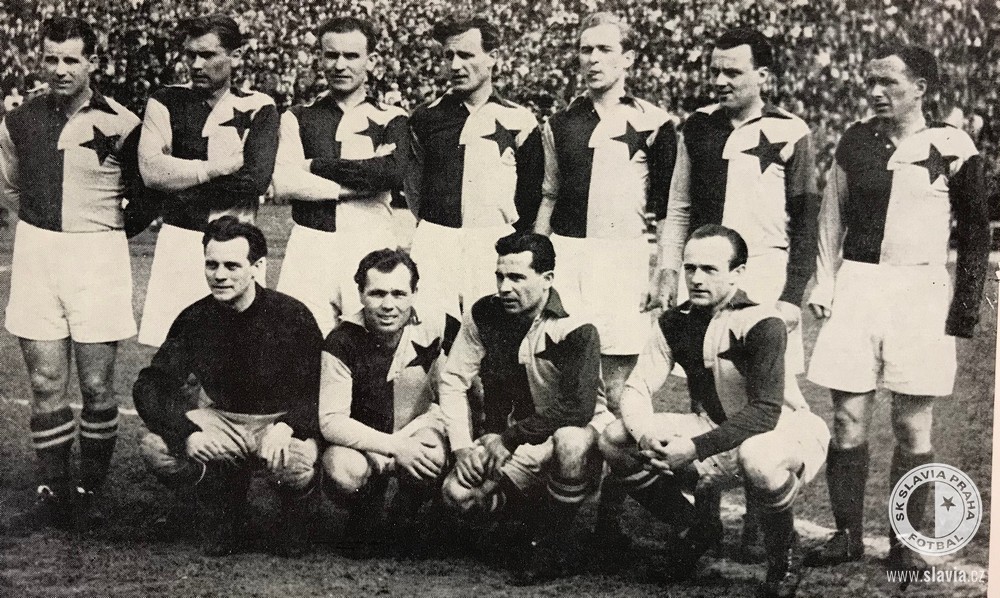 Kareš standing third from the right.

His spell in Slavia lasted 10 years and he could celebrate 8 Czechoslovak league titles and victory in 1938 Mitropa Cup. His Brother Antonín also became member of League Top Scorers’ Club before his untimely death at the age of 33. 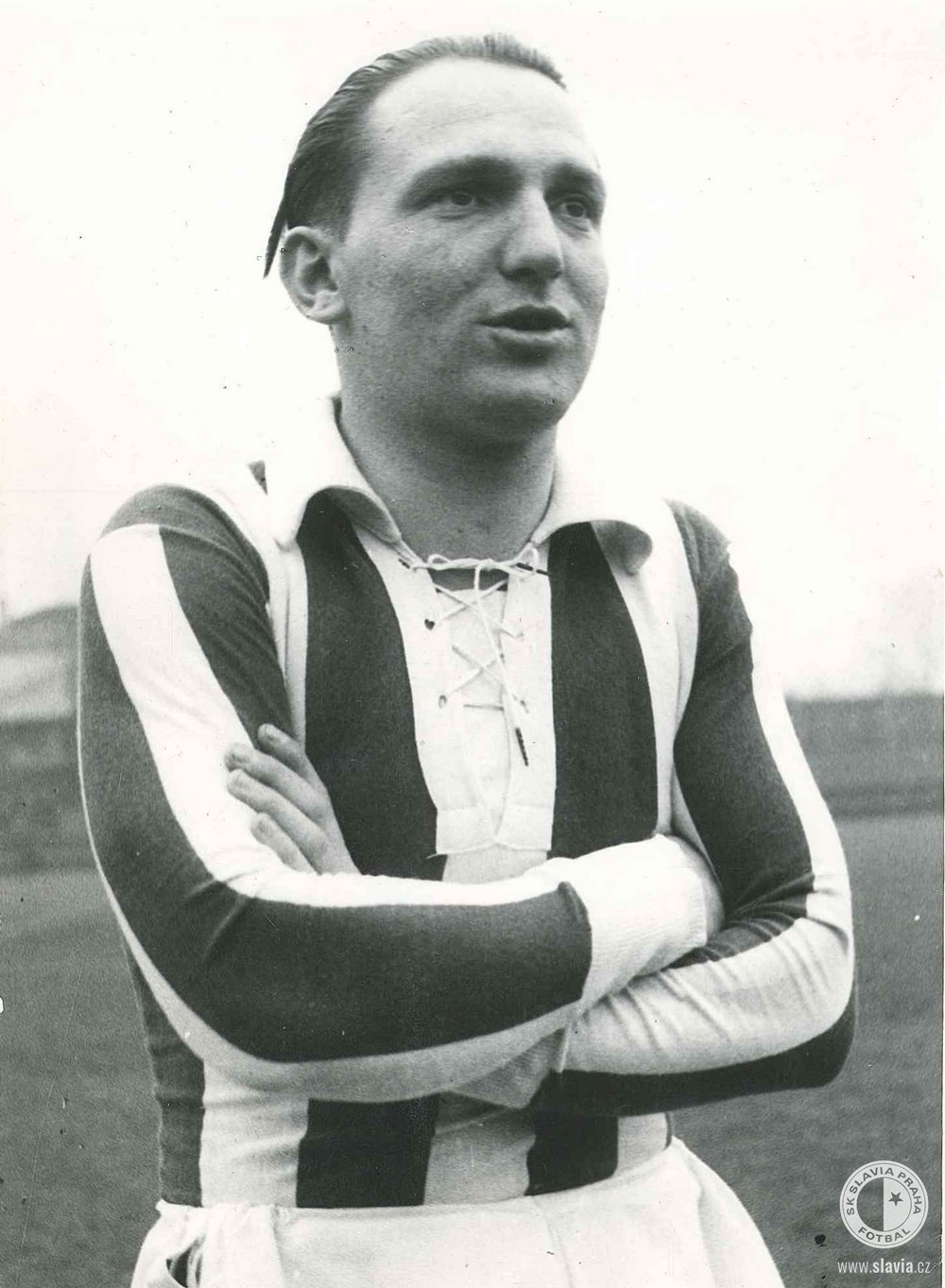 Kuka played for all Slavia youth club from the age of 6. Even though he started his senior career in Cheb, he returned to the red and white soon. During 10 seasons for Slavia (with the break playing for Kaiserslautern, Nuremberg, and Stuttgart) he managed to score 94 league goals, his last game for the red and whites was in 2005 against Baník Ostrava. 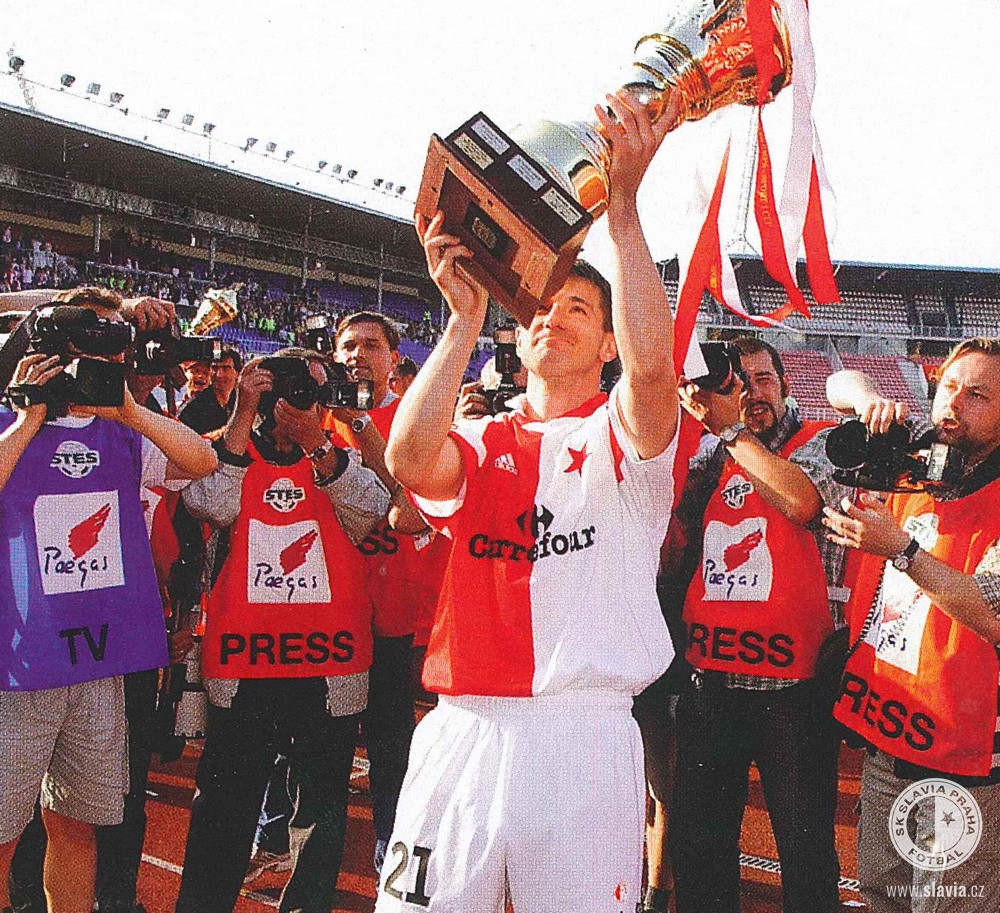 Pešek was raised in Bohemians and played for almost all Prague clubs. He joined Slavia from Sparta in 1955 and scored 38 of his 151 league goals for the red and whites. Later he managed several clubs in Greece and Iceland or Finland national Olympic team. 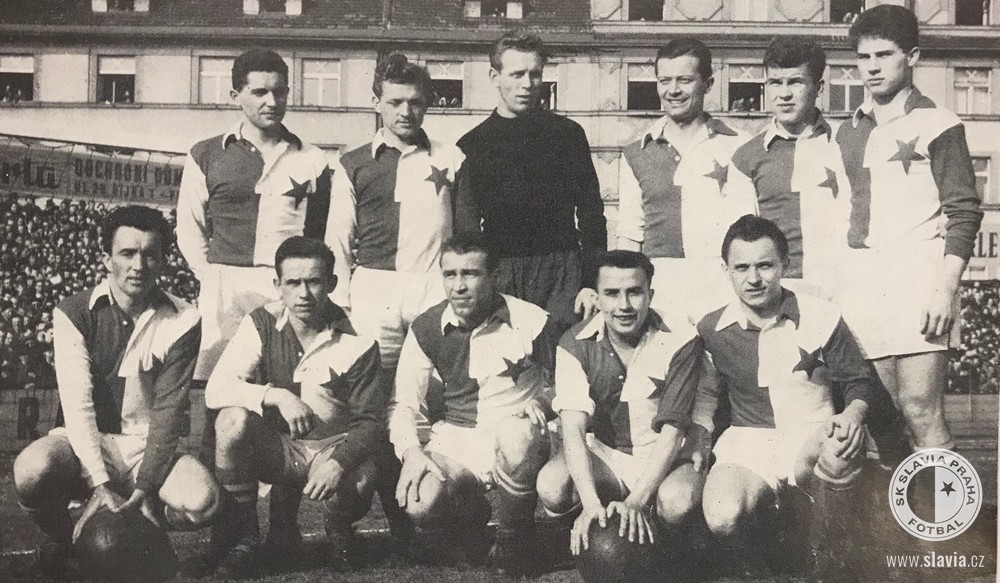 Pešek kneeling second from the left.

Well-known universal player, he played where the manager put him. Dreaming about playing with Bican and Kopecký, he joined Slavia in 1942 scoring 5 goals in his first friendly for first team. Hemele spent most of his career in red and white where he scored 94 out of his 133 league goals. 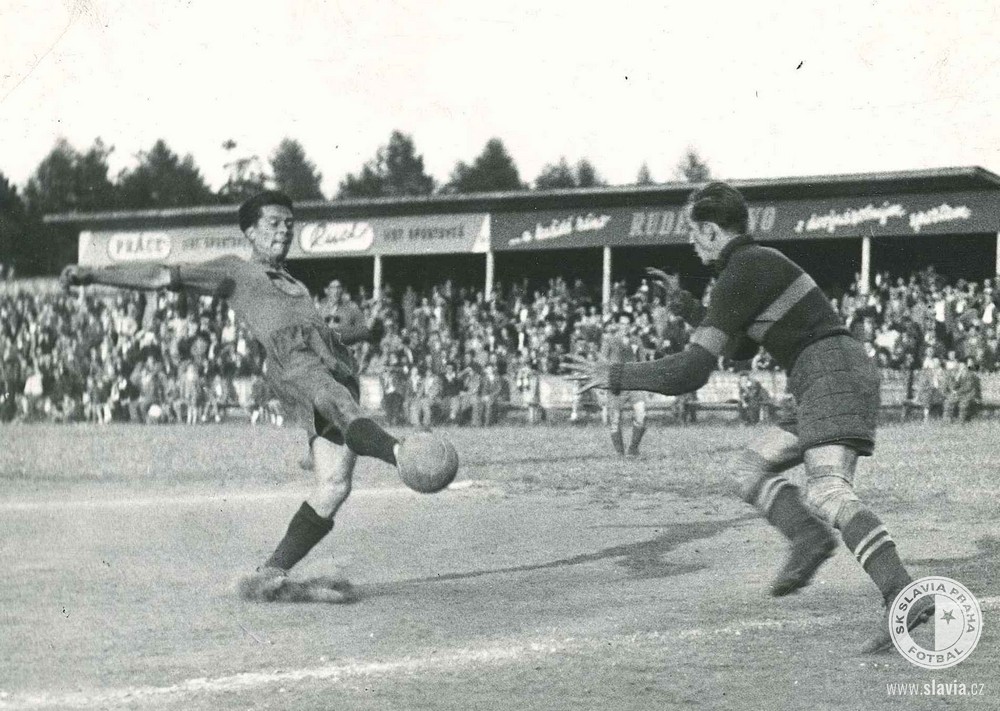 Silný is considered much more Sparta legend, but he also spent two seasons playing for the red and whites. He scored 32 out of his 127 league goals for Slavia. 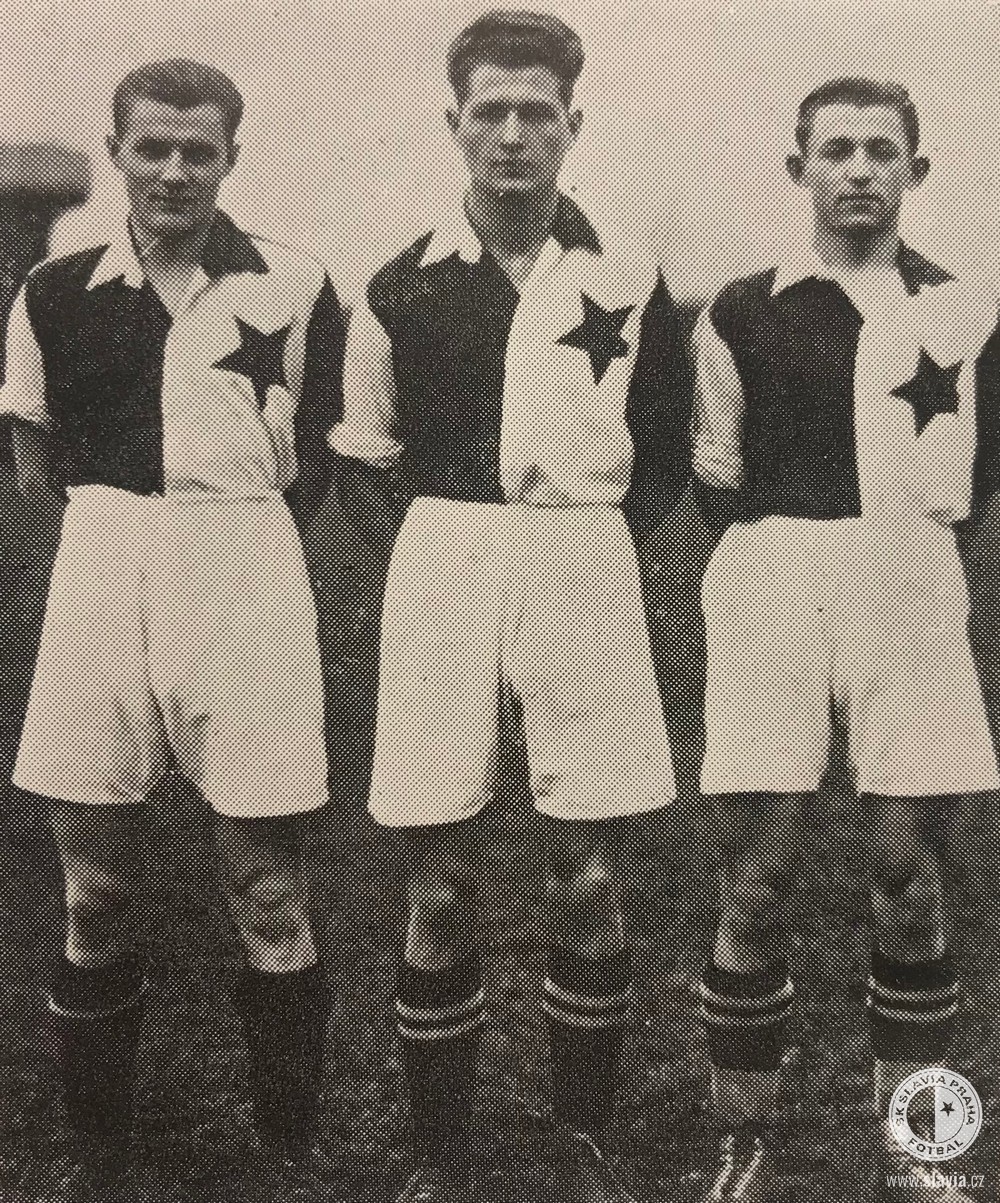 Silný standing in the middle.

One of the biggest Slavia legends, author of the only Czechoslovak goal in the final of 1934 FIFA World Cup against Italy. Puč spent almost two decades in red and white mostly as a left winger and scored 112 league goals for the club. The remaining 11 goals he netted for Viktoria Žižkov at the very end of his playing days. 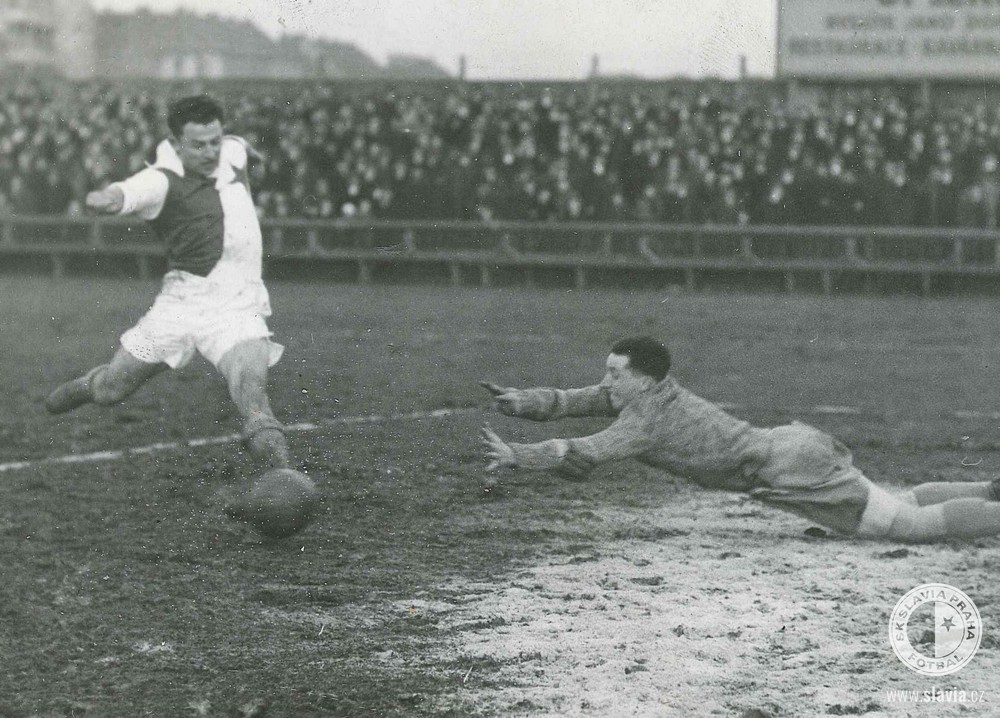 Kadraba spent only 2 seasons in Slavia but managed to score 25 goals in 46 league games. He made 17 caps for Czechoslovak national team scoring 9 goals, in 1962 he won silver medal on FIFA World Cup in Chile. After 1967 he moved to Austria and played for Slovan Vienna for almost 10 years. 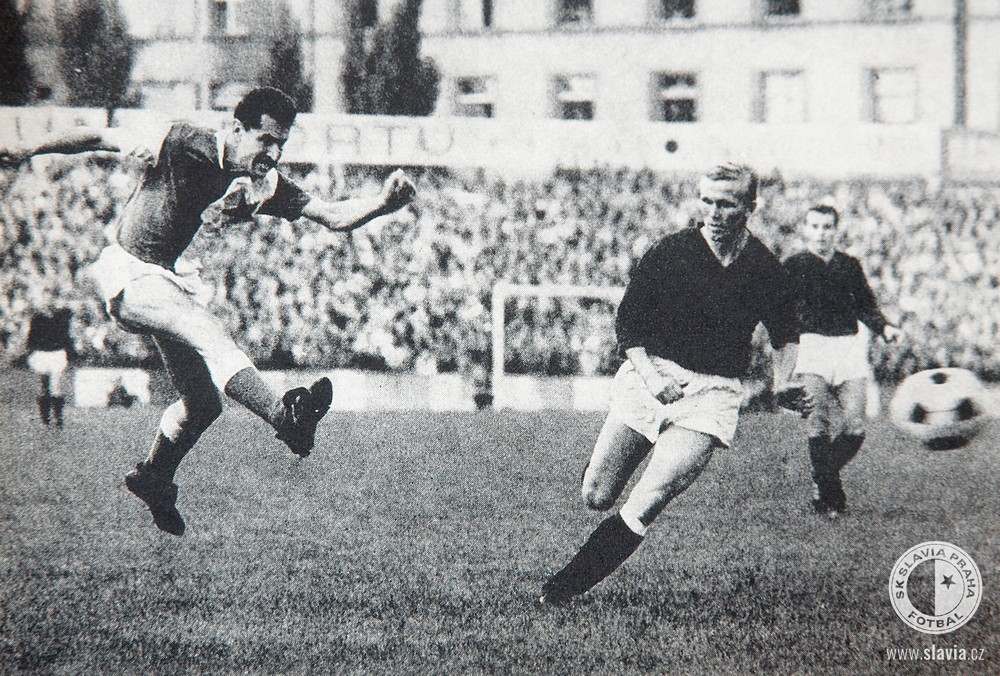 Slovak striker played for Slavia during 70’s and on the beginning of 80’s together with his brother Dušan. In 1981/82 he became the league top scorer. After leaving Slavia he played for Slovan Bratislava and Cheb. 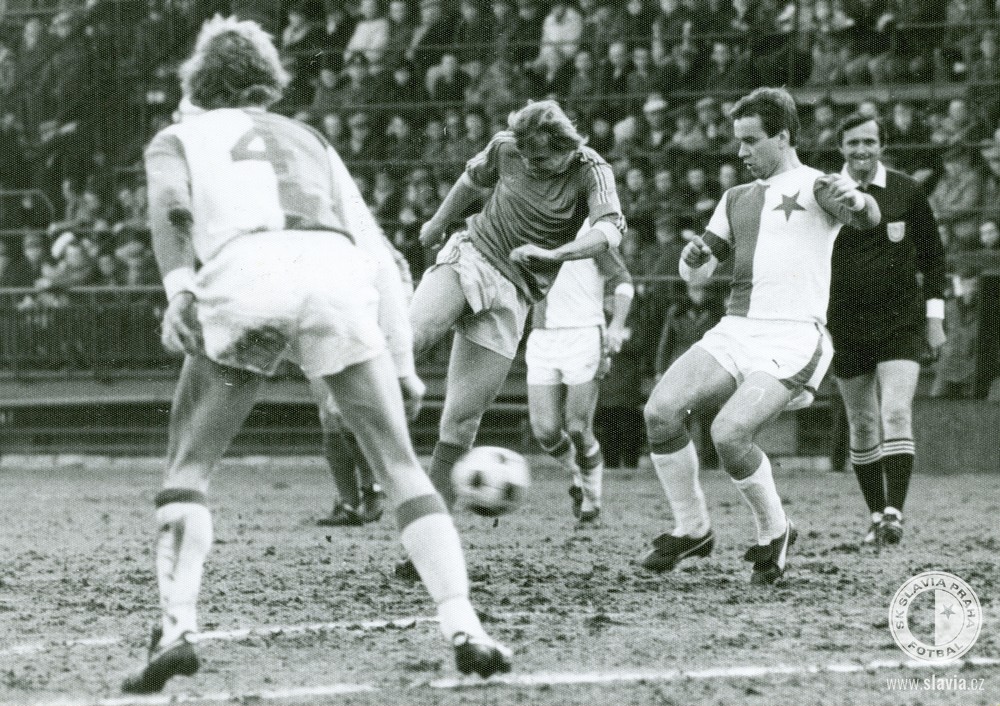 Feared centre forward played for Slavia in 1930s and returned once again in 1942. Between this he spent two years playing for Hajduk Split. He won 7 league titles with Slavia and silver medal on 1934 FIFA World Cup. After the second world war he moved to Switzerland and became successful manager.

Current member of our first-team staff played for Bohemians Prague, České Budějovice, Sigma Olomouc and Dynamo Moscow before joining Slavia. Between 2004 and 2007 he scored over 30 goals for the red and whites, became first-team captain and scored two famous goals against Ajax which qualified Slavia for the Champions League Group Stage for the very first time. After his spell in Anderlecht he returned to Slavia for 3 more years before ending his playing career in 2012. 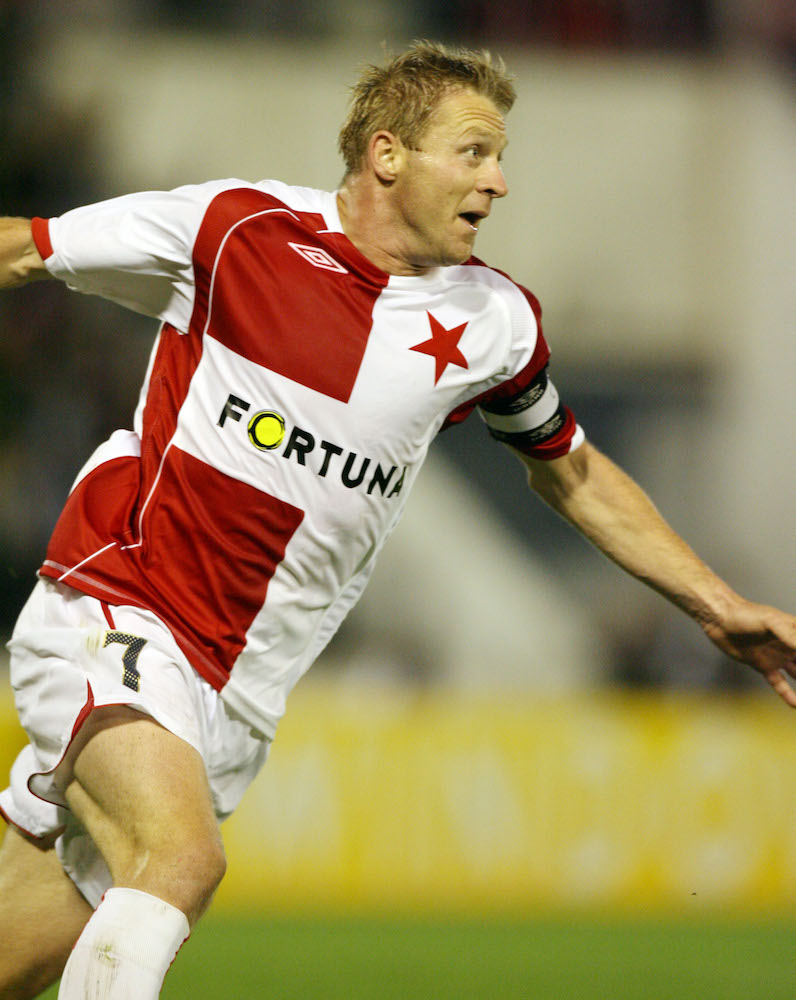 Bradáč spent most of his career in red and white and won 5 titles in 11 years here. At the end of his playing days in 1950s he moved to Viktoria Žižkov. He also made 6 caps for Czechoslovak national team.

Svoboda joined Slavia in 1926, spent 14 years here and became well known centre forward all over Europe. He won 8 league titles with the red and whites and was member of silver Czechoslovak team on 1934 FIFA World Cup.