Yira Collins Sor transfers from Baník Ostrava after scoring 3 goals and providing 5 assists in Fortuna Liga this season. He will join the first team next week in Prague after full medical. Part of the transfer is Ubong Ekpai’s move to Baník Ostrava. 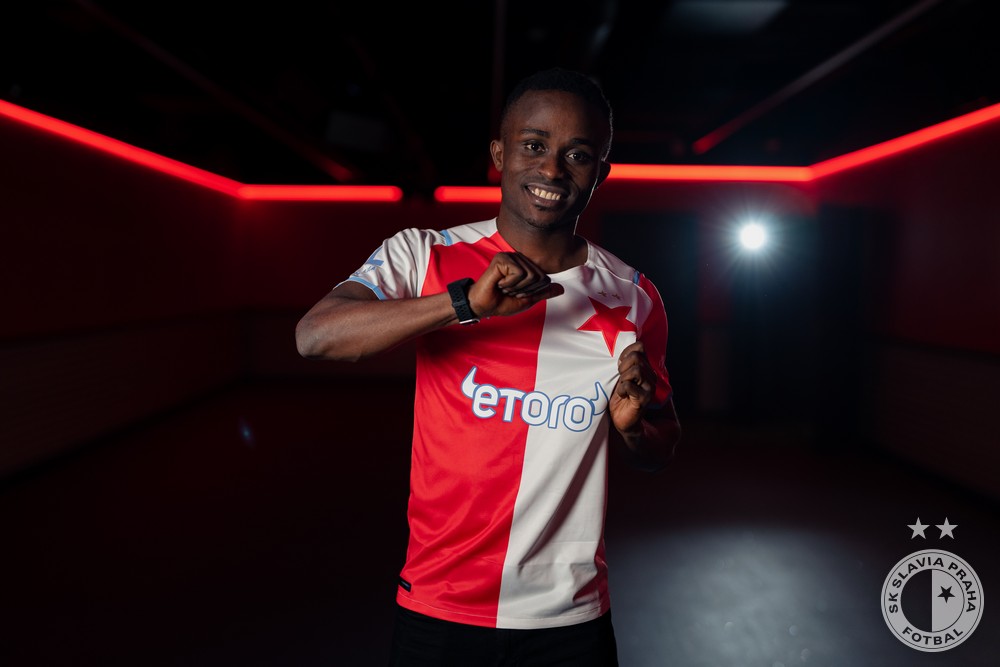 21-year old Nigerian winger is one of the revelations of the 2021/22 Czech top division. Last year Sor joined Baník Ostrava from Nigerian club 36 Lion FC and became an important player for the team in the first half of the current season. In 16 games (602 minutes) he scored 3 goals and made 5 assists. He also added one more goal in the MOL Cup. The 174 cm tall midfielder has been praised especially for his speed and dribbles. In 2019 Sor was member of Nigeria U20 national team for the World Cup in Poland starting to 2 games. 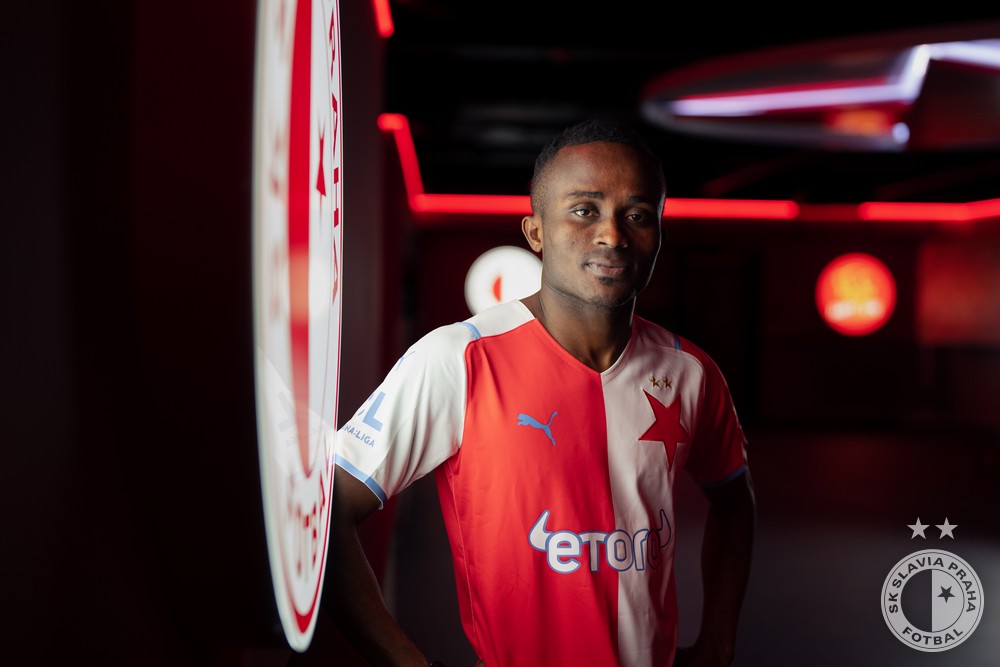 Sor will meet with another Nigerian Peter Olayinka – who is currently playing for the national team at AFCON – in Slavia first team. “When I played against Slavia he told me to work hard, to be determined, that at some day I would get higher. It is great to have such a friend, such a mentor. When you have an opportunity to play alongside him you feel very comfortable and happy in the team. So, I am looking forward to playing with him,” Sor added. 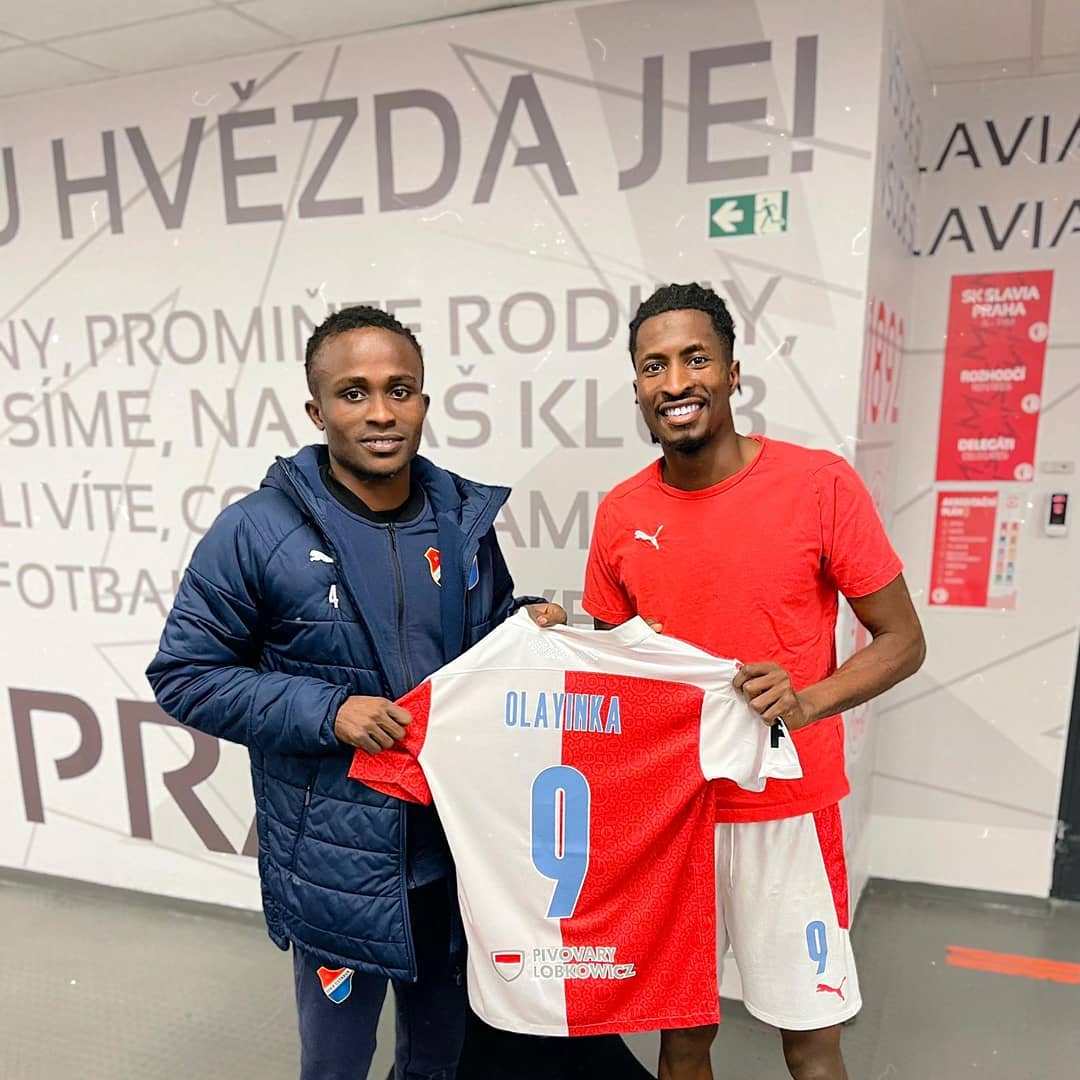 Yira Sor and Peter Olayinka after the game between Slavia and Baník at Eden in 2021.

“I think the team comes first before personal goals. For me, Slavia is now priority. I will do everything, contribute with all my ability, score as many goals and make as many assists as possible to help this club,” the reinforcement of the Red-Whites concluded.