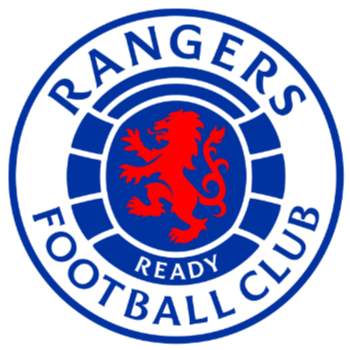 Rangers - Slavia
Goals: 13. Olayinka, 74. Stanciu
Radio
Peter Olayinka and Nicolae Stanciu were on fire as we defeated Rangers 2-0 and progressed to the UEL Quarter-finals!
Jindřich Trpišovský has made 3 changes into the starting line-up compared to the home game. Simon Deli started as centre-back instead of David Zima who was saw his third yellow card a week ago. Jakub Hromada then replaced Tomáš Holeš and Oscar was in the squad instead of Jan Kuchta. Abdallah Sima thus started as centre-forward with Olayinka and Oscar on the wings. With only 3 minutes on the clock Provod passed the ball to Stanciu and our midfielder was looking for Sima with a low cross, but Balogun managed to clear the ball over the crossbar in a difficult position. But Slavia took lead anyway. After 14 minutes Peter Olayinka opened the scoring with a firm header on the near post after being wonderfully set up by Jan Bořil’s cross. Two minutes later Kent fired a low shot from outside the box and Kolář had to perform good save to block it near his right post. In 20th minute Barišić set up another chance for Morelos who headed the ball over the crossbar. Like in the opening game, Slavia put themselves in the box seat with the early strike, but Rangers started to show signs of coming back into the game and had more possession after the goal. However, neither them, nor the Red-whites could create another chance against focused defence lines. It was not until the 43rd minute when Morelos got enough space in the centre of the pitch and sent a dangerous curled shot from 23 metres, but the ball missed the left post close. The second half started in a similar style with not many chances and many misplaced passes. In the 51st minute Sima got rid of the defender on the right wing and was looking for Hromada in the box, but Paterson managed to block his pass. Another pivotal moment of the game came after 62 minutes. Chasing a long cross Roofe hit Ondřej Kolář inside of our penalty area in the head and was sent off. Kolář had to be substituted with a head injury and 18-year old Matyáš Vágner made his first-team debut. Rangers were down to nine men in 73rd minute when Balogun saw his second yellow for a tackle on Provod. Only a minute later Slavia doubled their lead. Nico Stanciu curled his free kick into the top left corner and beyond Allan McGregor to give the Red-whites two-goal cushion. It was Stanciu’s 7th goal in last 5 games! Slavia dominated the rest of the game and did not allow the short-handed Rangers into any chance. The Red-whites thus progressed to the UEFA Europa League Quarter-finals for the second time in 3 years. The draw will take place on Friday, 20 March.