FC Zbrojovka Brno - SK Slavia Praha
Goals: 19. Tecl, 28. Douděra, 36. Texl (vl.), 75. Tiéhi
Radio
Great performance by Stanislav Tecl and the first league goal by Christ Tiéhi secured another big league win as Slavia beat Brno 4-0.
Slavia travelled to Brno where Zbrojovka experienced their best league start in many years with 7 points from first 3 games. On the other hand, the Red-Whites were encouraged by 7-0 win over Pardubice in the last league round and especially the 2-0 extra-time win over Rakow In the UECL play-off.

The Red-Whites started with 6 changes compared to the last game against Rakow, but opened the game with first big chance with only 7 minutes on the clock when Lukáš Provod’s effort was blocked by one of the defenders.

After 15 minutes Oscar set up Tiéhi with a beautiful pass though the box, but the ball was blocked again by Zbrojovka defence at the last minute. On the other side Texl fired wide in a good position inside of the box.

In the 19th minute Slavia opened the score. After a superb work by Oscar the ball got to Stanislav Tecl on the goalmouth, his initial shot was blocked, but the ball rebounded to him and the other effort found the back of the net.

Only 9 minutes later Stanislav Tecl recorded an assist as his beautiful cross from the right wing was headed in by David Douděra on the front post.

And 8 more minutes later it was 3-0 when Tecl managed to keep the ball against Zbrojovka defence, sent a beautiful through pass to Oscar and his cross directed to Olayinka was deflected into the net by Zbrojovka defender Texl.

The second half started with several opportunities on both sides, but when in the 58th minute Ousou fouled Alli, saw a yellow card which – after a peculiar VAR intervention – was changed to straight red, Slavia focused more on defence and did not allow Zbrojovka basically any other dangerous attack.

Despite going down to ten men Slavia managed to score once more. Heo of the game against Rakow Ivan Schranz who came on the pitch during second half outrun Zbrojovka defence on the right side, managed to pass back to Christ Tiéhi who thumped in a stunning fourth goal – his first in the Czech league.

Slavia controlled the rest of the game, won 4-0 and returned on top of the league table. Next game is played on Wednesday when we host Teplice at home. 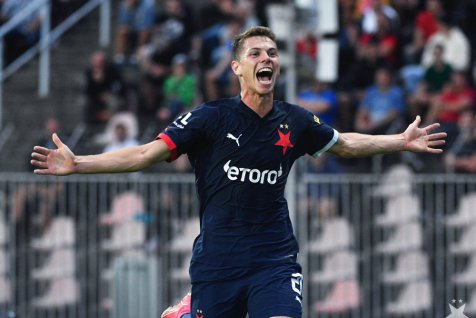 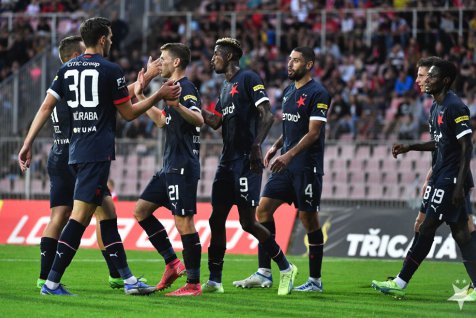 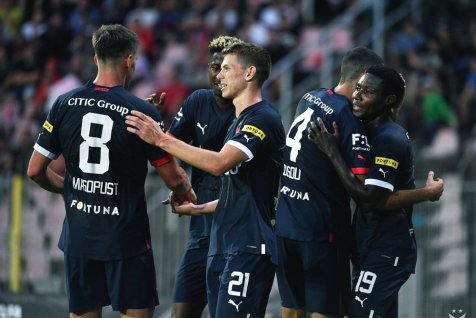 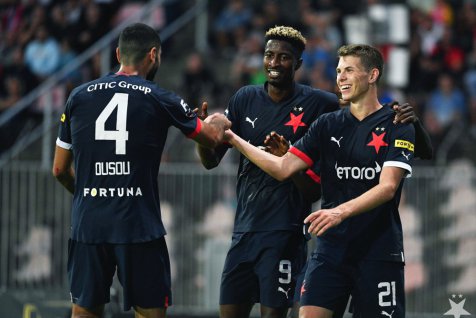 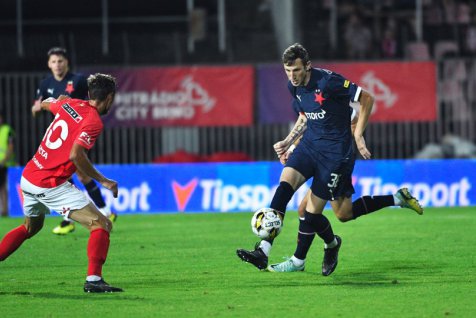 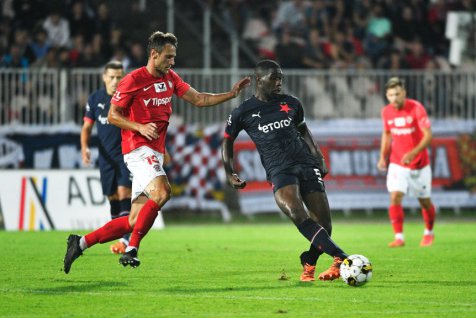