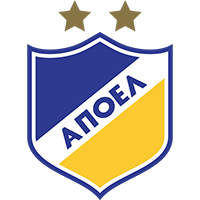 APOEL FC - Slavia
Online
NICOSIA/GSP STADIUM - Slavia lost 0-2 to APOEL in their first leg of Champions League Play-off in Nicosia and the black scenario from prevous game in Barysaw was repeated again. The red & whites conceded two goals in opening ten minutes and the second leg will be extremely complicated.
Managr Šilhavý had to replace not only injured Deli, but also Danny who could not start in Nicosia due to a knee injury. New reinforcement Miroslav Stoch was thus part of starting line-up just few hours after his transfer from Fenerbahce was completed.

But the start of the game was kind of a nightmare for Slavia players. Just two minutes into the game APOEL scored their first goal when De Camargo found the ball inside the penalty after a corner kick and despite Laštůvka’s effort pushed the ball through into the net.

After just ten minutes Slavia were two goals down. Rotaň lost the ball on our own half, Ebecillo sent perfect pass to Aloneftis and Cypriot international lobbed the ball over Laštůvka.

APOEL lowered their activity after the second goal relying mainly on counterattacks and Slavia set the pace from 3éth minute on. However, Škoda and Bořil sent their first efforts off target.

At minute 35 Frydrych could score a contact goal but was denied by Waterman after Hušbauer’s perfect low cross through the entire penalty area.

After the break Slavia were the better side but APOEL managed to hold the guests at bay. At minute 59 Waterman saved his teammates twice after Hušbauer’s two efforts from the brink of the penalty area.

Slavia created several chances during the second half but the desired contact goal did not come. Bosnian striker Muris Mešanovič, who replaced Rotaň after 72 minutes, hit the right post with his low-range effort.

After 80 minutes Škoda got some space inside a penalty area after Sýkora’s corner and hit the ball with the tip of his shoe, only to be denied by Waterman again.

Slavia thus lost 0-2 to APOEL and the second leg in Prague will be extremely difficult for the red & whites next Wednesday.