Ostrava - Slavia
Radio
Slavia are 2018/19 Czech champions! The 19th title in our history has been secured by a goalless draw in Ostrava!
Manager Trpišovský opted for a different line-up than against Jablonec when Ševčík and Stoch replaced Olayinka and Masopust on both wings and Mick van Buren started as lone striker instead of Škoda.

After an equal beginning Slavia got into their first chance after 10 minutes, but goalkeeper Laštůvka blocked Souček’s header after a corner by Hušbauer. Just 3 minutes later Hušbauer sent another through pass to Traoré who fired the ball wide from good position on the left side of the box.

25 minutes into the game Souček fired again, this time from outside the box, but Laštůvka managed to kick his low effort away.

After the break a short period of Baník pressure followed, but Slavia regain their possession after a while and Josef Hušbauer could gave us lead on 53rd minute, but Laštůvka blocked his rebound again.

On 58th minute Mick van Buren tried his luck with header following cross from right wing, but he sent the ball wide. Just two minutes later Miroslav Stoch passed the ball to Traoré who found the back of the net, but the goal was disallowed for Stoch’s previous offside.

On the other side Stronati managed to get the ball before Coufal and his dangerous cross from left side of the box had to be blocked by Ngadeu.

Almost 12 thousand spectators then saw equal game with a few chances. In the biggest, Kuzmanović fired right under the woodwork but our goalkeeper Ondřej Kolář performed perfect save to keep the clean sheet.

Slavia thus take one point in Ostrava which is enough to secure the 2018/19 Czech title! The red-whites are now 3 points ahead of Viktoria Plzeň with better mutual games. The title celebrations will thus be held on Sinobo Stadium next Sunday after the game against Sparta Prague! 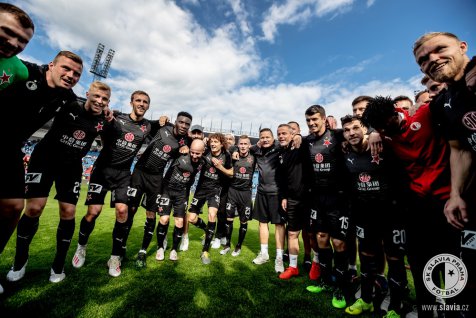 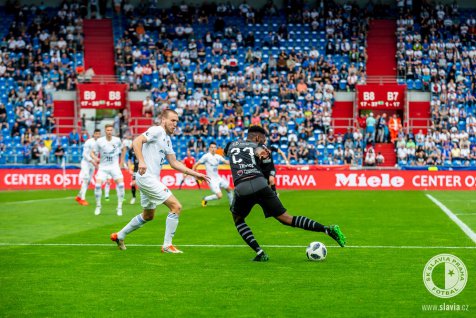 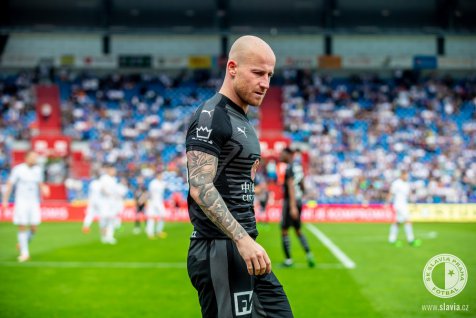 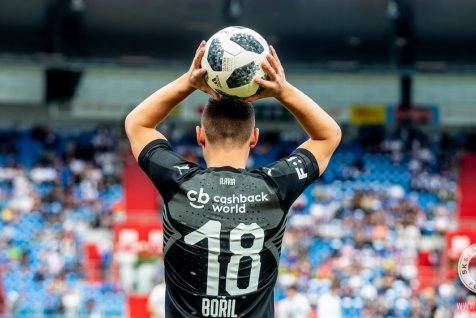 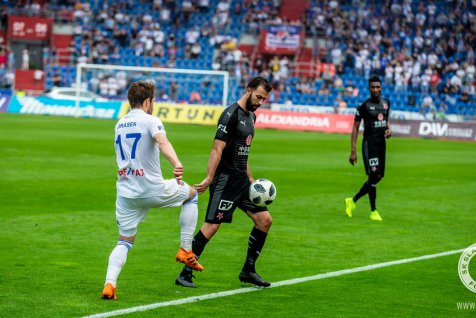 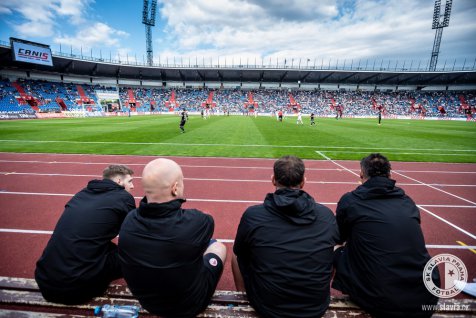