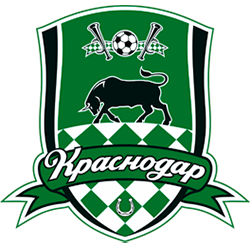 Slavia - Krasnodar
PÖLLAUBERG/BAD BLUMAU - The red-and-whites drew 1-1 with Russian side FC Krasnodar in their first game of summer training camp in Austria. Despite being better team Slavia were close to losing the game, Simon Deli´s equaliser came in the last minute.
Muris Mešanovič was the first one who had chance to score missing the target close just few minutes into the game.

But Krasnodar took lead at minute 21. Goalkeeper Kovář punched Ristič’s swift shot in front of him and Magomed Suleymanov rebounded the ball into an open net.

Slavia could equalise in the opening period, but Krasnodar goalkeeper Adamov has made a great save against Zhirov’s unlucky attempt on his own goal.

Just few minutes later Danny – who started in his very first game for Slavia – sent a perfect pass to Rotaň but the Ukrainian international missed the target.

Slavia put Krasnodar under pressure in the second half but Adamov saved both Frydrych’s chances and Škoda’s attempt missed the post. On the other side it was Suleymanov again who hit crossbar with his attempt from the free kick.

Despite many chances in the second half it took 90 minutes until Slavia managed to equalise. Hušbauer made a short pass from corner kick to Mick van Buren, his cross found Simon Deli and our centre-back headed the ball into the net.

Goalkeeper Jan Stejskal returns to Slavia after a half-year loan last year, this time on permanent transfer.
More
A team

Captain Jan Bořil celebrates his 30th brthday. We have found 30 top pics of him in Slavia to celebrate the occasion.
More
A team

Ukrainian defender is coming to Slavia from Slovan Liberec on half-year loan with an option for permanent transfer.
More

⏳ Less than 7️⃣ hours to the kick-off! #slaolo
twitter

Just one more night 🌙 and the league football will be back!
twitter
Our former goalkeeper Jan Stejskal celebrates his 59th birthday today! He joined Slavia after his spell at @QPR, made 187 caps for the club and won...