Slavia - Jablonec
Goals: 21. Stanciu (pen.), 29. Holeš, 56. Provod, 61. Tecl, 77. Júsuf (pen.)
Radio
Slavia recorded their highest win of the season against Jablonec, Holeš and Yusuf scored their first goals in red and white.
Manager Trpišovský could not use the services of the only goalscorer from the game in Mladá Boleslav Petr Ševčík, who was replaced by Lukáš Provod. Another midfielder who did not finish the previous game – Ibrahim Traoré – was replaced by Laco Takács.

Jablonec could not use players on loan from Slavia who are usual part of starting line-up and Slavia were setting the pace of the game from the opening minutes. Takács and Stanciu missed close and Tecl was denied by goalkeeper Hrubý during opening 20 minutes.

The red and whites could celebrate in 21st minute. Tecl latched onto a pass inside the box, was tackled by Jeřábek and the referee pointed to the spot. Nico Stanciu converted the penalty and Slavia took lead.

8 minutes later Holeš doubled the lead from inside the box after two great passes by Stanciu and Tecl. It was the first goal in red and white for Holeš against his former club.

After the break Stanciu sent another great through pass to Lukáš Provod who fired third Slavia goal through goalkeeper Hrubý. Fourth goal came after Stanciu nutmegged Štěpánek and sent a low pass to Stanislav Tecl who scored into an open net.

After 77 minutes Takács sent long pass to Traoré who was knocked down inside the box and Slavia could execute another penalty. Yusuf Helal took the responsibility and scored his first goal for Slavia into the top right corner.

Slavia won their second game after the league restart, recorded their highest win of 2019/20 season and keep their 8-point lead against Viktoria Plzeň. 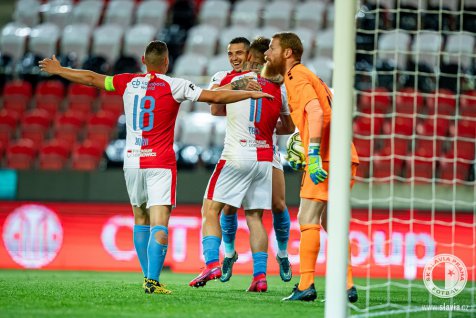 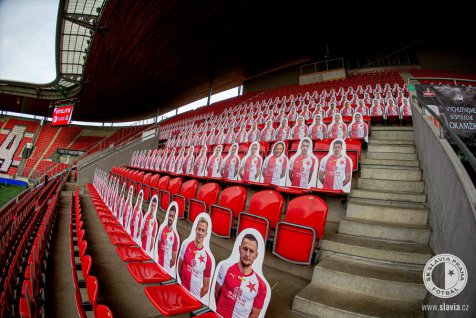 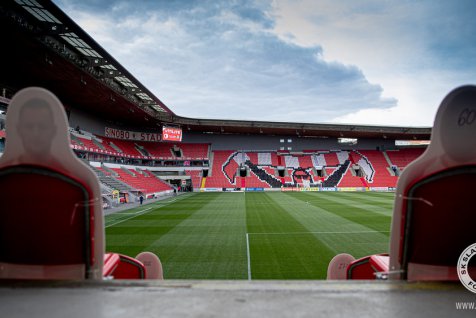 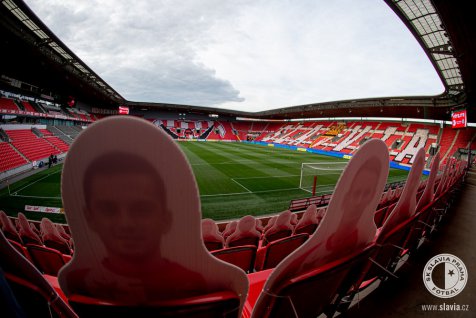 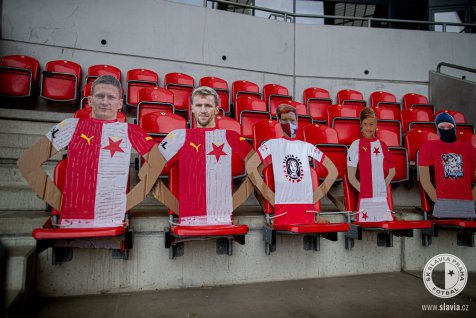 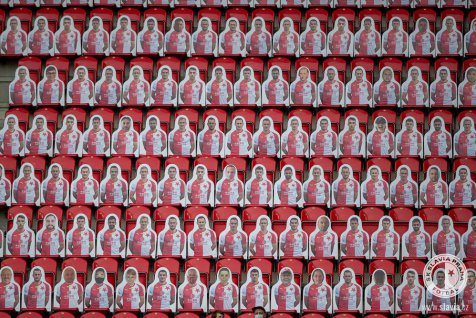