Arsenal - Slavia
Goals: 86. Pepe – 90.+4 Holeš
Radio
Slavia recovered from a late Pepe´s goal and earned a creditable away draw at Arsenal.
Ondřej Kolář started in goal two weeks after his injury in the game against Rangers and thus solved the biggest question mark in Slavia line-up. Tomáš Holeš was the other centre-back next to David Zima, Abdallah Sima started as a lone striker with Olayinka and Oscar on the wings. Slava got into the first chance of the game with only 9 minutes on the clock when Oscar could fire after Stanciu’s cross, but his effort was blocked by Hromada inside of the box. 15 minutes into the game Bah’s cross appeared to be too high for Sima, but the ball rebounded to Provod on the edge of the box and our midfielder fired it over the crossbar. Ten minutes later Thomas Partey set up Lacazette on the right side of Slavia box, but the French forward fired his volley wide. Half an hour into the game Saka latched onto a through pass behind Slavia defence and progressed on Kolář from the right side, but he sent his effort next to the far post in the biggest chance of the opening half. On the other side Olayinka had the first Slavia effort on goal in the 35th minute but caused no bigger problems to Leno who saved his shot in the middle of the goal. Ondřej Kolář had to show first great save in the 38th minute when our goalkeeper blocked Holding’s header under the crossbar. Jindřich Trpišovský opted for the first change at the break when Petr Ševčík replaced Jakub Hromada, but it was the home team who got into the first chance of the second half. Zima brought down Saka two metres behind the box and Willian hit the left post from the free kick. After 57 minutes Provod set up Bořil in Slavia counter-attack and our captain fired a low shot from the left side of the box, but Bellerin blocked his cross shot and the ball hit Leno in the Arsenal goal. After a period of pressure from Slavia Oscar lost the ball on the centre of the pitch and Lacazette could progress alone on Kolář. He tried to chip our goalkeeper but – luckily – the ball hit the woodwork for the second time after the interval. Few minutes later Saka sent low cross from the right wing and Lacazette sent the ball wide with his close-range effort. Lingr and Kuchta came on the pitch shortly before the 70th minute and Jan Kuchta appeared in a promising opportunity only a minute later, but his right-foot shot was blocked by a defender. At minute 75 Saka passed the ball back to Thomas Partey at the edge of the box and the shot by Arsenal midfielder missed the right post. Only a minute later Slavia got into their biggest chance of the game when the ball rebounded to Ševčík after a quick counter-attack, but our midfielder fired the ball wide with his right foot from close range. It was an end-to-end game in the second half and shortly after Ševčík’s chance Aubameyang missed the far post from close range. In the 81st minute Marinelli’s effort was blocked by Ševčík over the crossbar. Late on Arsenal were the team to break the deadlock. In the 86th minute Nicolas Pepe chipped the ball over Kolář beig set up by Aubameyang’s quick through pass. In the added time, however, Slavia did not give up. Provod got enough space to fire from the right side of the box and Leno blocked his effort on his left post. Slavia could execute a corner, Lukáš Provod found Tomáš Holeš on the far post and our centre-back outjumped Pepe to head the cross in. Slavia thus drew 1-1 at Arsenal and remain unbeaten in the spring part of the UEFA Europa League. The second leg will be played in Prague next Thursday, on 15 April 2021. 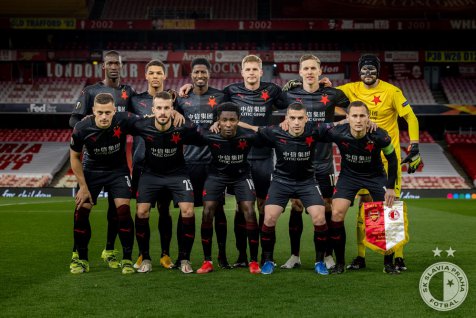 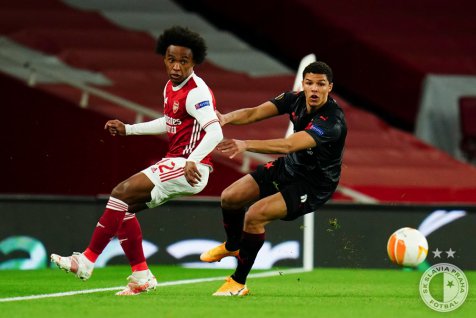 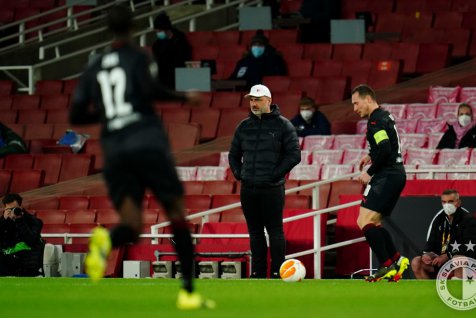 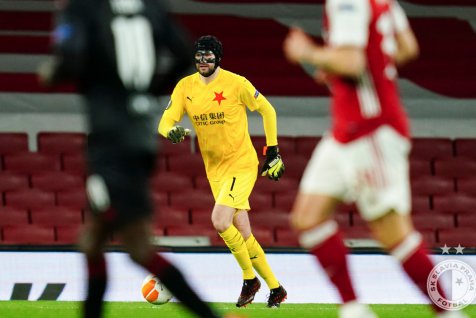 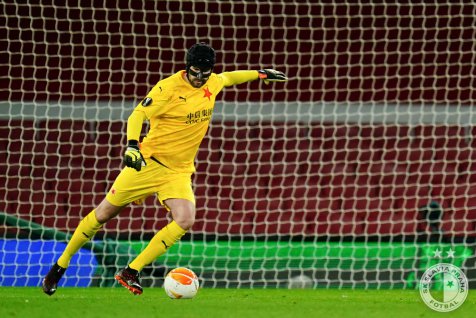 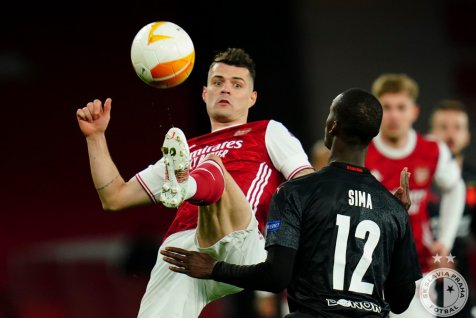