Ivan Schranz replaced Moses Usor on the right side of midfield, Peter Olayinka played instead of Ewerton on the left side and Ondřej Lingr replaced Václav Jurečka in attack.

The first opportunity for Slavia came in the 8th minute. Peter Olayinka crossed the ball from the left side of the penalty area to Ibrahim Traoré who headed it just wide. A few minutes later, the Red-whites had another opportunity when David Douděra sent the ball into the penalty area but Ondřej Lingr could not find the target.

A minute later, Slavia had a good chance from a corner kick which was played in by Christ Tiéhi. Lingr headed the ball on goal but the defence turned it away.

Schranz’s shot in the 39th minute went just above the crossbar. A minute later, Sebastian Palacios fell in the penalty area after a clean tackle by Aiham Ousou, the referee showed him a second yellow card and a red card.

Ivan Schranz sent the Red-whites into the lead in extra time of the first half. After the defence blocked multiple shots, Schranz got to the ball shot it at far post and scored!

The Red-whites made two changes going into the second half. Moses Usor and Ewerton replaced David Douděra and Christ Tiéhi. In the 51st minute, Eduardo Santos pulled Sporar’s arm in the middle of the field as the last player and received a red card.

Four minutes later, Moses Usor doubled our lead and scored his first goal for the senior team! After Ewerton hit the post, the ball rebounded to Moses Usor who sent it into the net!

Petr Ševčík replaced Ondřej Lingr a minute later. Slavia made another substitution in the 72nd minute. Lukáš Masopust came on for Ivan Schranz. Ewerton hit the outside of the net two minutes later. Usor’s shot was blocked by a defender five minutes later. Lukáš Provod replaced Ibrahim Traoré in the 88th minute.

Nothing else happened in the match, the Red-whites won 2-0 and got a great advantage for the second leg. The next match will be played on 7th August at home against Zlín. 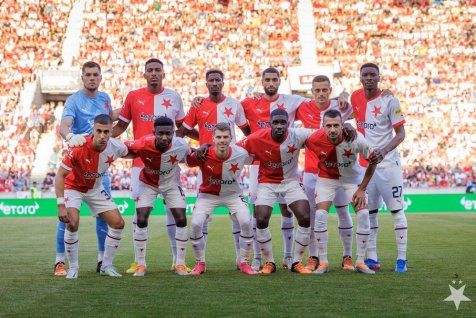 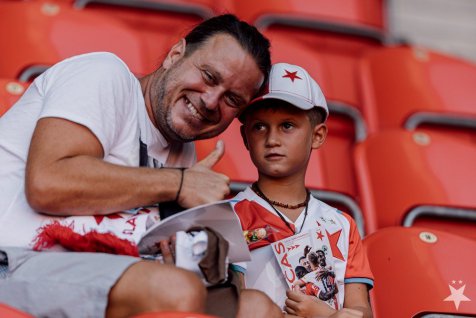 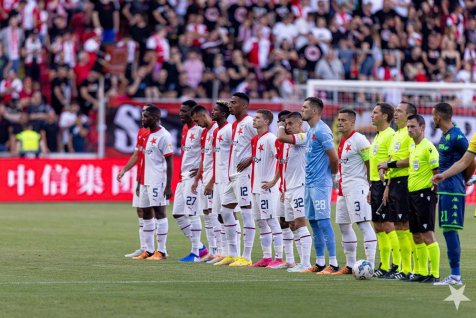 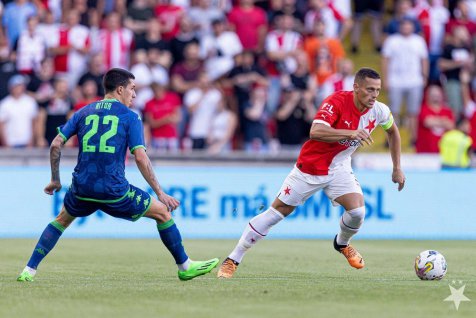 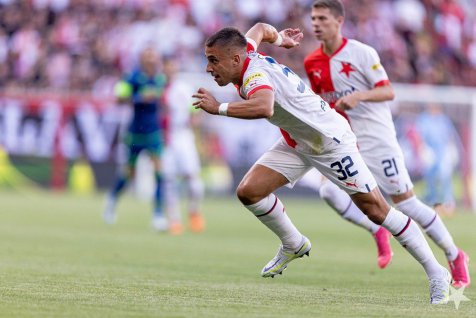 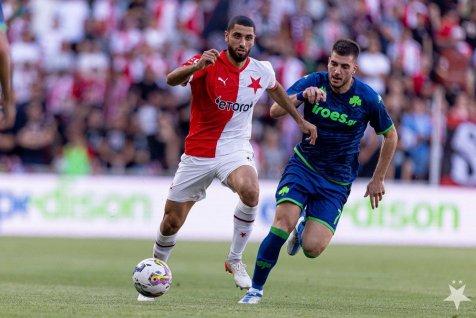