Olomouc - Slavia
Goals: 56. Kuchta
Slavia takes all three points from a hard-fought battle in Olomouc. Jan Kuchta’s goal in the second half sealed 1-0 win against Sigma.
Slavia travelled to Olomouc in fine form, having won 5 out of the last 5 league games. Thus, head-coach Jindřich Trpišovský had no reason to make any serious changes in the line-up. The only change from the last home round, in which the Red-Whites defeated Teplice 3-0, was starting Ondřej Lingr who replaced Ivan Schranz in the starting XI.
However, players of 9th placed Sigma Olomouc introduced themselves very actively and caused all sorts of trouble to Slavia, who failed to control the ball and engage in their typical patient build-up in the first 15 minutes. Physically tough first half unfortunately resulted into Ondřej Lingr’s injury, which obviously didn’t help Slavia’s offensive effort. Ivan Schranz took his place and in 42th minute, he could have made the difference in the first half between the two sides. Nicolae Stanciu great work in central midfield and subsequent pass enabled Ivan Schranz to run towards Sigma’s Macík, but as he attempted to test the keeper, Hubník blocked the shot with a fine tackle.
Despite having to wait more than forty minutes for the first serious chance, the second one occured soon. In the 44th minute, once again, Nicolae Stanciu with captain’s armand sent Jan Kuchta into a promising counter-attack. Slavia’s top scorer showed some great vision and unselfishness and crossed the ball onto better-positioned Peter Olayinka. Unfortunately, Nigerian winger failed to hit the target in the clear goal-scoring opportunity and the first half ended 0-0.
Slavia started off the second half much more dominantly than the first one. In the 52th minute, Nico Stanciu danced through the box, was brought down by Hubník and the referee had no other choice than to point to the penalty spot. However, Romanian international failed to put the ball into the net and only hit the crossbar with a unsuccessful Panenka effort.
Nevertheless, Slavia players were given a reason to cheer soon enough. In the 56th minute, Lukáš Masopust directed the ball cleverly onto the feet of Jan Kuchta in the box, who didn’t have a hard time putting the ball into the net – 1:0 to Slavia! Jan Kuchta not only put the away team into the lead, but also scored his 9th of the campaign a put his name on the shared 1st place in the table of Czech league top scorers!
In the added time, Nicolae Stanciu could have made up for the penalty miss with a thunderbolt strike from outside the box, but was denied by Macík. Fortunately, it didn’t matter, as Olomouc failed to create any serious danger in front of Slavia’s defence up until the end.
Jan Kuchta’s goal was enough to secure 1-0 away win, take hard-fought three points in Olomouc and maintain the 5 points lead at the top of the table! 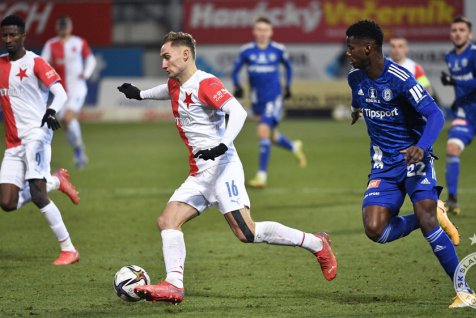 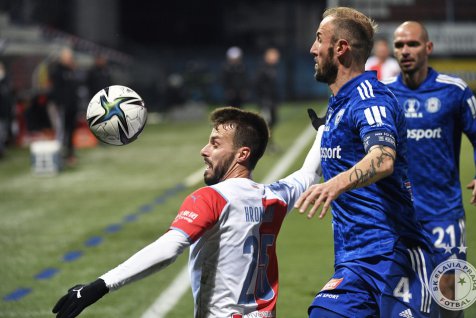 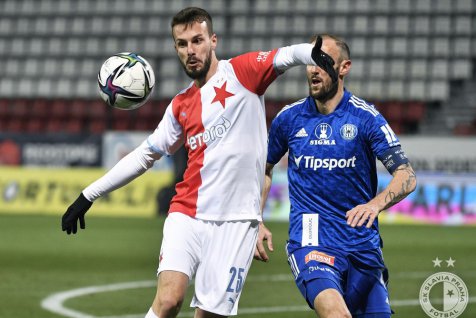 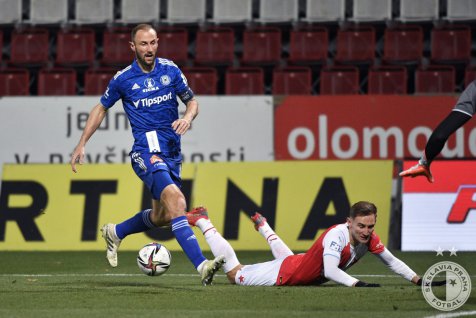 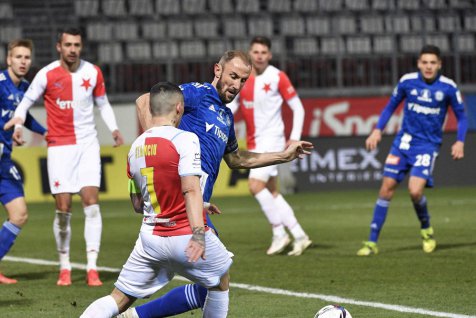 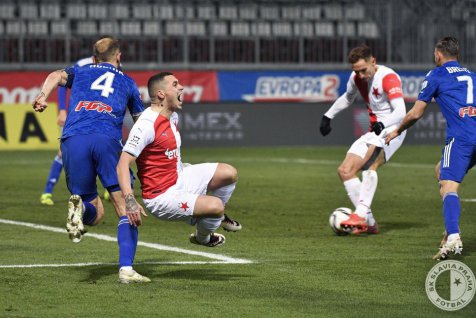