Slavia - Plzeň
Goals: 65. Lingr, 90. Krmenčík
Radio
Slavia take three points against table leader Viktoria Plzeň thanks to second-half goals by Lingr and Krmenčík. The away team was shown three red cards in the heated battle.
Manager Jindřich Trpišovský made two changes in compare to the last league match against Olomouc. Ondřej Lingr replaced Daniel Samek in midfield and Ubong Ekpai started in place of of Ivan Schranz.
Slavia started the game better and the home side created three chances in the first four minutes. However, non of them resulted in a goal.
The match was hugely affected by Řezník’s faul on Ševčík only 10 minutes into the game. After a VAR check, the referee showed Plzeň defender a red card and the away team were down to ten men from the 11th minute on.
After Řezník's dispmissal Slavia were pushing and pressing on Plzeň defence, but Viktoria "parked the bus" and focused on defence, so the Red-whites failed to create any goalscoring opportunity for a long time.
In the 23rd minute, Slavia had a free kick right in front of the penalty area. Alexander Bah sent the ball over the wall but Staněk managed to save it. Viktoria had a free kick as well in the 44th minute, but Kalvach’s shot only hit the wall.
Double substitution and change of formation took place at the break with Nicolae Stanciu and Daniel Samek coming on for Jakub Hromada and Alexander Bah with a sole purpose – getting more clinical approach around the opposition box. Soon they were joined by Michael Krmenčík and Srdjan Plavšič as Slavia focused more and more on the offensive stage.
After an hour of play the goals finally arrived. In the 65th minute, Staněk only blocked Nicolae Stanciu’s powerful volley from the edge of the box, Ondřej Lingr was quick to react and thumped in the opener – 1-0 for Slavia!
In the 81st minute Plavšić was tackled by Pernica on attacking half and the Plzeň centre-forward was shown a red card, second of the night for the guests. Moreover, on the beginning of the added time Mosquera’s sliding tackle resulted in his second yellow and Plzeň’s third red card. The guests thus finished the game with only 8 players on the field.
Slavia set the pace of the game and managed to create more opportunities. However, Krmenčík's header was saved by Staněk in the 78th minute and Plavšić missed an open goal after Traoré's pass seven minutes later. On the other side, Plzeň were close to an eqauliser when the ball rebounded to Beauguel inside of the Slavia box, but the French forward only fired it in the middleof the goal where Mandous was ready. Late in the second half Slavia finally managed to double their lead. In the added time Stanciu wonderfully set up Michael Krmenčík on the right side of the box and former Plzeň striker scored with a textbook cross-shot on the left post – final score 2-0!
The Red-Whites thus got important three points from the heated battle against the table-leaders. They now sit second only one point Behind Viktoria, one point agead of Slovácko and two points ahead of Sparta. 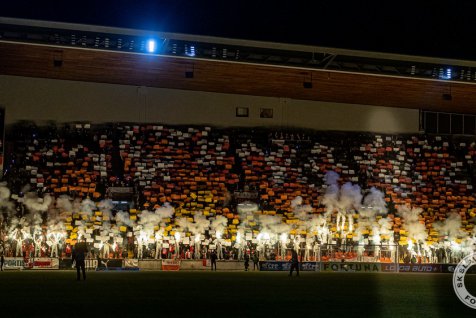 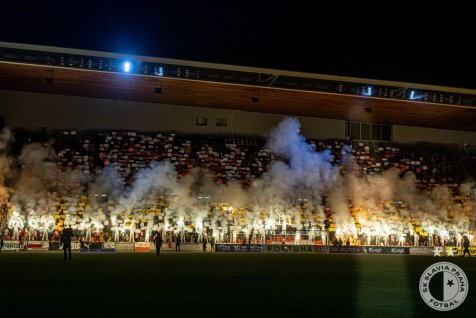 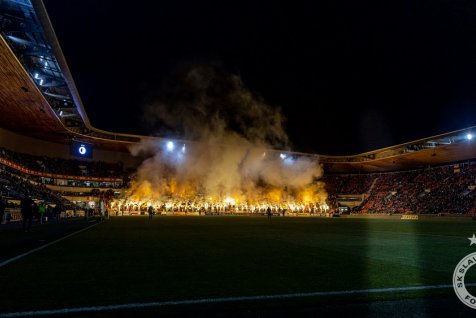 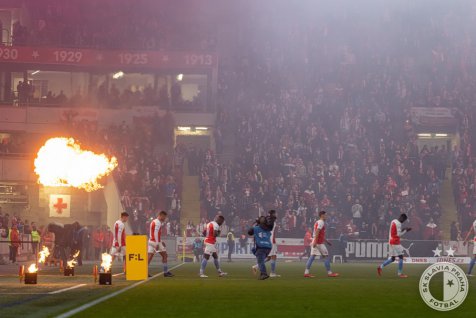 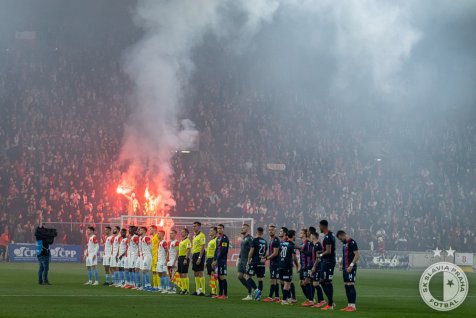 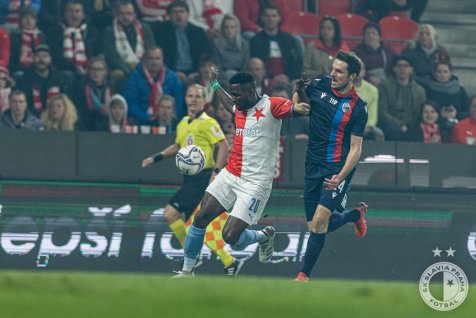