Slavia - Jablonec
Goals: 8., 58. Musa, 34. Ševčík, 87. Masopust
Radio
Petar Musa scored two goals and Nico Stanciu recorded two assists as the red and whites defeated Jablonec 4-0 home.
Slavia started with 5 changes in compare to the last game. Jakub Markovič appeared in goal for his second league cap with Takács in front of him. Musa started in front, Yusuf as attacking midfielder in the centre of the pitch and Oscar on the right wing.

Just 6 minutes into the game Ševčík’s corner found Jan Bořil unattended in the box, but our captain’s header missed the right post.

Slavia took lead after 8 minutes. Nico Stanciu sent precide cross from the centre of the pitch, Vladimír Coufal missed inside the box but Petar Musa found the ball and scored with a beautiful volley. It was 12th goal of the season for Musa and Stanciu’s 10th assist of the season.

In 18th minute the away team created their first chance after a quick counter attack, but Acosta fired over the crossbar following a low pass from the left side of the box.

25 minutes into the game, another beautiful Slavia action ended with Coufal’s cross from the right wing, but Musa missed the far post with another of his headers. 9 minutes later the red and whites added second when Jablonec goalkeeper Hanuš blocked Provod’s attempt and Petr Ševčík scored into an open net. 2-0.

Equal game after the break was interrupted in 54th minute. Lukáš Masopust found Petar Musa who could go alone on Hanuš, but Jablonec goalkeeper blocked his attempt. But Musa set his record right just 4 minutes later when he won the ball against Štěpánek and fired the ball through Jablonec goalkeeper to make it 3-0.

Slavia set the pace and created many chances. In 68th minutes Coufal fired from the edge of the box after Stanciu’s corner, but his volley missed the left post by centimetres. On the other side Provod blocked Pilík’s attempt in the biggest Jablonec chance of the second half.

In 87th minute Lukáš Masopust scored 4th Slavia goal of the night after another perfect through pass by Nico Stanciu. In the added time Musa could compete his hat-trick with VAR-confirmed penalty, but Hanuš blocked his shot.

Slavia defeated Jablonec 4-0, Musa scored two goals and is now leading the league top scorers’ table. Stanciu recorded two assists and with 11 assists in the season is on top of this statistic. 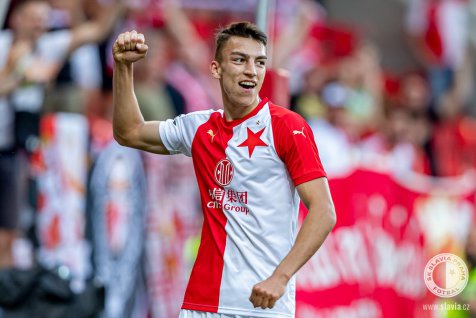 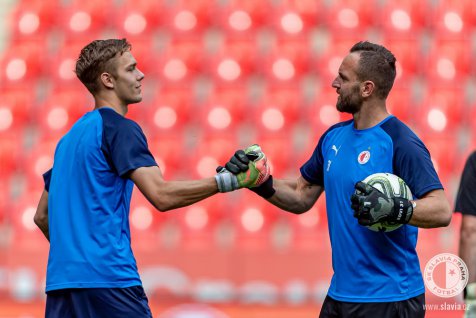 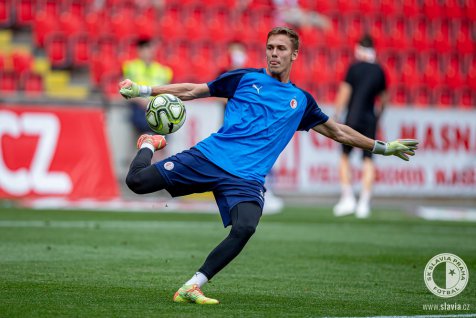 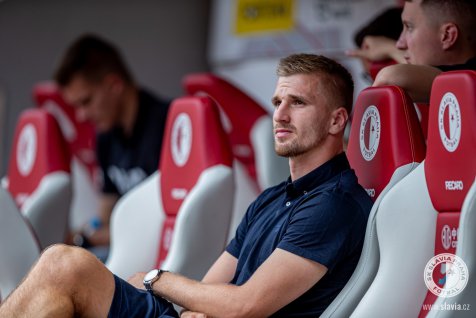 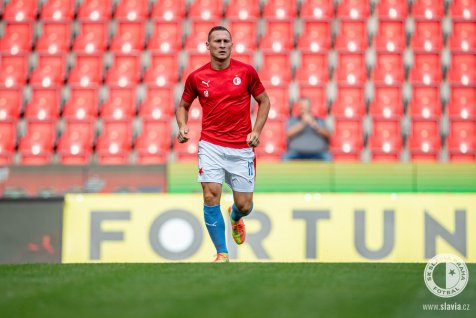 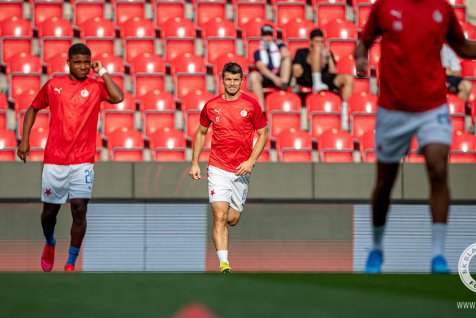