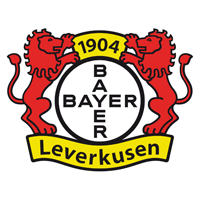 Jindřich Trpišovský made a couple of changes to his starting eleven against Bayer Leverkusen. Lukáš Masopust started as right-back and David Zima replaced Hovorka at centre back. Tomáš Holeš made his recovery so he was able to start in midfield. Ondřej Lingr replaced Petar Musa up front.

The first big chance of the match occurred after Ondřej Kolář’s mistake in the third minute. Slavia goalkeeper accidentally passed the ball to Demirbay on Bayer right wing who tried his luck from distance but missed the near post.

Leverkusen set the pace for the first 20 minutes and Slavia were only slowly getting into the game during the opening stage.

A moment which changed the game came after 21 minutes. Ondřej Kolář threw the ball to Lukáš Provod who was tackled by Bellarabi. The referee showed Bellarabi red card and Leverkusen went down to ten men early in the game.

The red card changed the game entirely. Slavia was getting more space which led to a beautiful combination in the 31st minute that was finished by Masopust’s cross to Provod who forced Hrádecký to make his first safe of the game with his header.

The last big chance of the first half came from Leverkusen after a free kick in the 40th minute, but the shot was saved by Ondřej Kolář.

Slavia had a huge chance to score twenty minutes into the second half, when Bořil's dangerous shot was blocked and Peter Olayinka tried to get to the ball. Our midfielder was pulled down by Bayer goalkeeper and penalty was given. Stanciu took the ball but Hrádecký guessed the side correctly and blocked Stanciu's shot from the spot and the rebound as well.

Stanciu fired a beautiful shot from long range in the 79th minute but Hrádecký was on the right place again. A minute later Slavia was awarded a corner, Nico Stanciu sent the cross into the penalty area and Peter Olayinka headed the ball into the net to give Slavia the much desired lead.

After the goal, Leverkusen regained posession and Slavia were forced to defend for the remaining minutes. But Bayer players could not convert any of their late chances and Slavia thus took all three points.

The next match for the red-whites comes on 5 November home at Eden against OGC Nice.

Slavia won the match in Olomouc 1-0 after Jan Kuchta´s 14th goal of the season!
More
A team

Slavia won their 3rd Prague Derby against Sparta this season and progressed to the MOL Cup Final against Viktoria Plzeň.
More
A team

We are extremely happy. The fans motivated us

Third title in a row for Slavia, fourth in last five years, crowned by a 5-1 win against Plzeň. And fourth for our captain Jan Bořil.
More

📝 | Kuchta's goal in the 78th minute against Olomouc secured all three points for the Red-whites! #olosla 📰 REPORT ➡️...
twitter