SK Slavia Praha - St Joseph´s
Goals: 18. a 29. Olayinka, 20. Jurečka, 34. Fila, 49. Tiéhi, 90. Ewerton, 90. Traoré
Radio
Seven goals against St Joseph´s secured the biggest Slavia win in European cups and progression into the next UECL qualifying stage.
Manager Trpišovský rotated the starting line-up leaving only two players from the opening game in Gibraltar. Aleš Mandous started in goal and Christ Tiéhi moved on the position of centre-back. Valenta and Jurečka started from the opening minutes for the first time since joining the club.

Only 4 minutes into the game Slavia were getting into their first chance, but Schranz was caught offside after Provod’s cross. Few minutes later Olayinka missed only centimetres on the far post trying to defect sharp cross by Ivan Schranz.

With 14 minutes on the clock Slavia executed their first corner kick, Lingr passed the ball into the box and Tiéhi missed the right post close with his volley.

The Red-Whites had to wait 18 minutes for the first goal. After Jurečka’s cross Peter Olayinka outjumped St joseph’s defence and headed the ball into the net. Only two minutes later it was Vclav Jurečka himself who doubled uur lead when he fired the ball through Fitzimons following Schranz’s pass.

Slavia added two more goals before the break. After 28 minutes Olayinka scored his second of the night heading the ball behind St Joseph’s goalkeeper on the near post, six minutes later Daniel Fila was the first on a blocked ball inside the away box and his low shot ended in the back of the net.

Second half started with several substitutions on St Joseph’s side, but it took only 4 minutes untol te new goalkeeper conceded for the first time. Christ Tiéhi sent a beautiful, curled shot from a free kick some 5 metres behind the box and hit the top left corner to make it 5-0.

Slavia set the pace of the game, but the home players fired wide in most of their chances. In the 68th minute Ewerton’s strong shot hit woodwork of Robba’s goal, shortly before this Aleš Mandous was in action on the other side when he had to block Boro’s effort from close range after a misunderstanding in the home defence.

The home side saved two last goals for the added time. First Ewerton went through St Joseph’s defence on the left side and sent the ball along goalkeeper into the back of the net. Shortly afterwards Ibrahim Traoré sent the ball through Robba again after Douděra set him up from the left side.

Slavia thus defeated St Joseph’s 7-0 and after a 4-0 away win in the first leg went through to the 3rd qualifying round. It was the biggest Slavia win in the history of European competitions. The Red-Whites will face Panathinaikos next Thursday at home again. 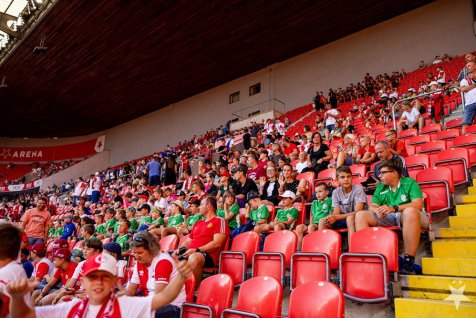 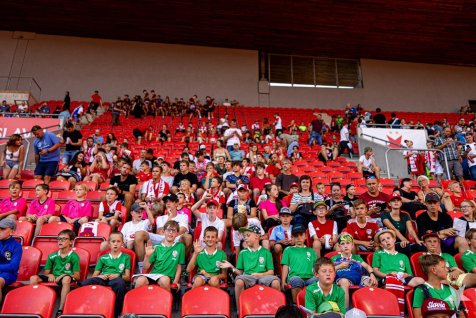 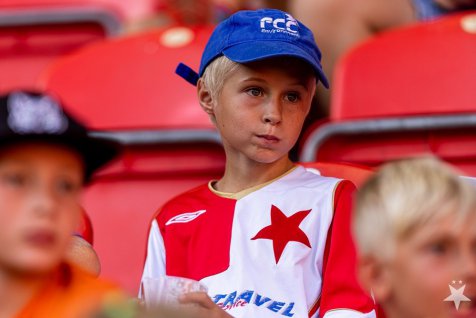 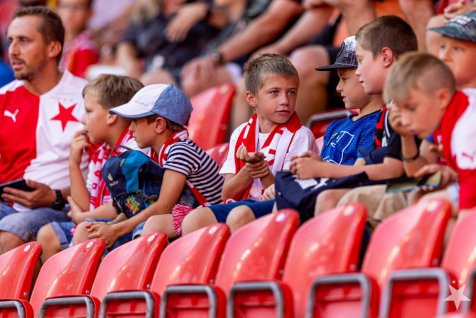 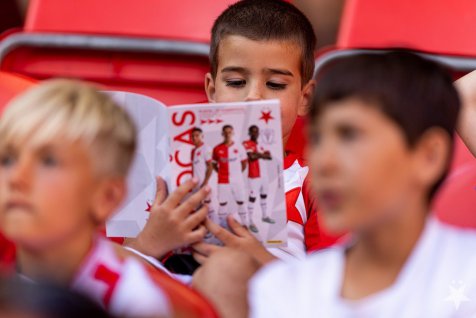 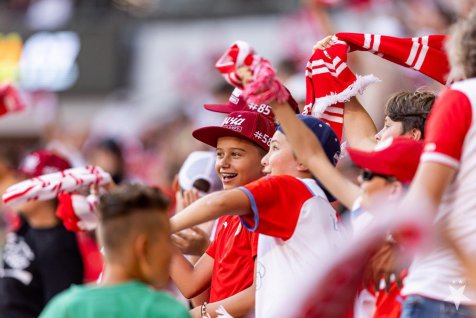