Against the last team of league table Slavia started with pace and created first big chance just 4 minutes into the game. Five Slavia players touched the ball on the right side before Ševčík let the cross through on Hušbauer who hit post with his left-foot.

Slavia did not allow Karviná into any chances and created more by Mick van Buren. In 22nd minute Souček’s shot rebounded to the Dutch striker but his shot was blocked by Pastornický, three minutes later the same player headed the ball wide after Hušbauer’s free kick.

After half an hour Stanciu fired from 22 metres but the ball was directed over the crossbar. Shortly afterwards Bořil’s effort was blocked by one of the defenders and Olayinka headed the ball into the gloves of Karviná goalkeeper.

The guests created their only opportunity after a free kick in 34th minute, but Janečka headed the ball next to the left post.

Slavia started the second half in the same style but failed to create bigger goalscoring opportunities against Karviná compact defence. The red and whites thus reinforced the attack with Milan Škoda who replaced Mick van Buren for his 300th league start in 56th minute.

And shortly afterwards Slavia broke the deadlock. In 63rd minute Stanciu’s set piece found the head of Laco Takács and our centre back scored his maiden league goal in Slavia.

Just seven minutes later Slavia could double their lead. After a cross from left wing the ball bounced from Provod to Hušbauer and our midfielder sent it into the net, but the referee eventually disallowed the goal due to Provod’s handplay.

After 79 minutes Nico Stanciu was close after another set piece but fired the ball over the crossbar from left side of the box. In 84th minute Pastornický managed to block Hušbauer’s low effort.

Chance to double the lead thus didn’t come till the added time. Rundić hit the ball with his hand inside the box and Slavia was awarded a penalty. Milan Škoda confirmed from the spot twice (the penalty had to be repeated) and scored his 91st goal in 300th league game.

Slavia thus defeated Karviná 2-0 and keep their 11-point lead on top of the Czech league. 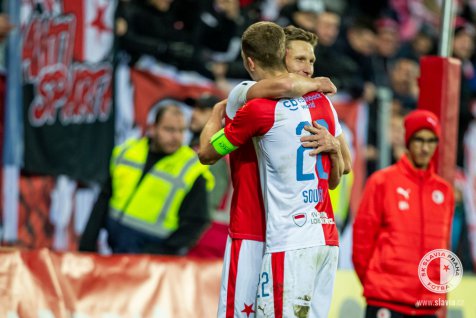 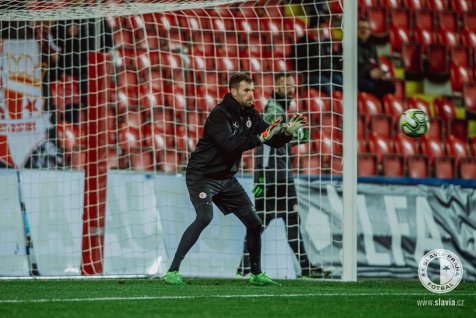 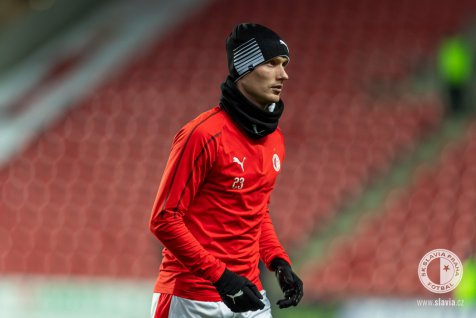 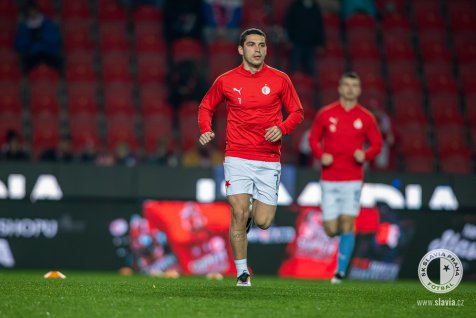 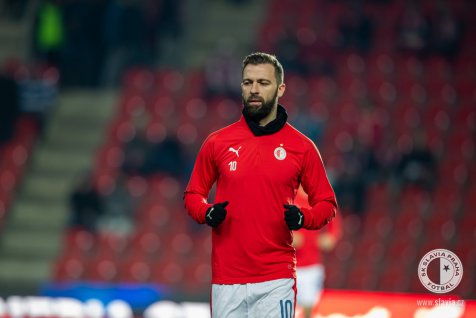 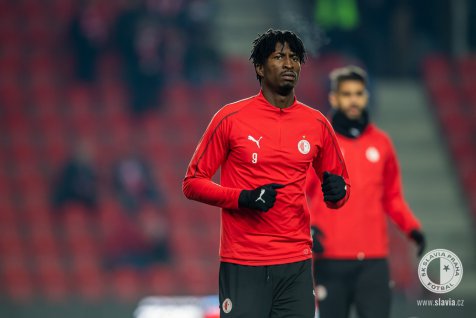