Slavia - Sparta
Goals: 90. Musa - 80. Tetteh
Radio
The Red-Whites share points with their rivals after Petar Musa´s late goal and the unbeaten run in the Prague derby continues.
Sinobo Stadium hosted 295th derby of Prague “S“ teams – clash of the biggest rivals in Czech football and currently clash of two out-of-form teams, who were desperate to compensate the point loss from the first spring league matches.
First half offered what was expected: A typical derby full of physical football, nasty fouls and fanatic support from the stands. Even though the first half ended goalless, the Red-Whites came close to scoring in two occassions. In the 38th minute Lukáš Masopust unleashed powerful strike with his weaker left foot, but was denied by the flying save from Heča. Few moments later Nicolae Stanciu, former Sparta player, recieved a precise pass in the box, but failed to control the ball with his chest and ultimately forced himself out of promising position. The angle was too tight to surprise Heča, who kept the first half scocesheet goalless.
Slavia started the second half well, but once again wasted its goal-scoring opportunities and was quickly punished. In the 57th minute, Tetteh sprinted into the box from the left flank and with help of Kolář and Takács, who bumped into each other and cleared the way for the opposition striker, put the ball easily into the back of the net. However, VAR ruled out the goal, because of Tetteh’s visible push, which made Takács collide with Kolář.
And the script repeated. The hosts, namely Bořil and Stanciu, failed to convert their chances into the goal-scoring joy, while Tetteh didn’t waste his second. In the 80th minute, he cut from the left, made himself some space and fired the ball under the bar – 0:1.
However, the Red-Whites didn’t give in and kept on pushing. And just as it seemed that they might fail in their effort to equalize, super-substition Petar Musa made sure the unbeaten run continues. In the 90+3rd minute, captain Jan Bořil sent exqusite cross from the left side in the box, the Croatian U21 international jumped the highest, headed the ball past helpless Heča and the packed Eden erupted in joy – final scoreline 1:1! 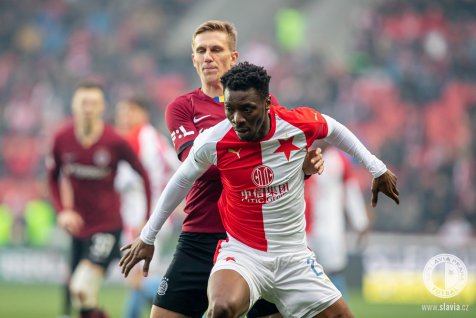 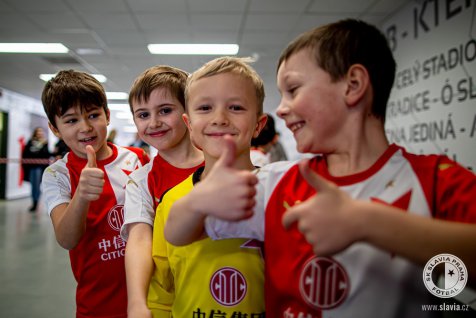 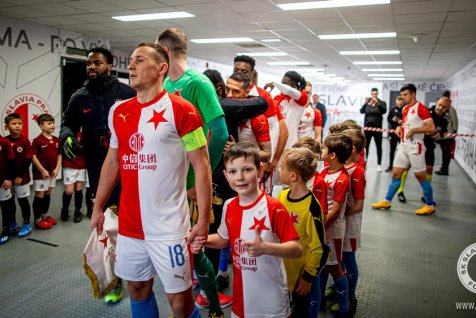 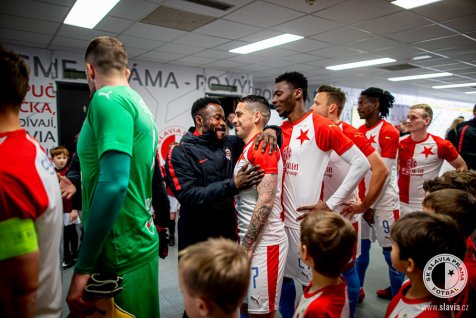 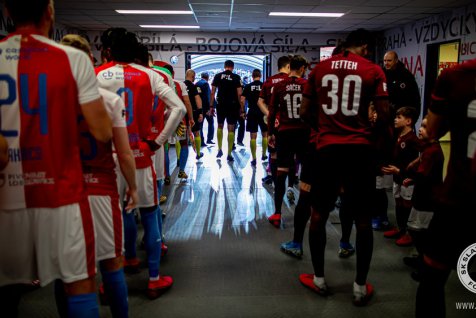 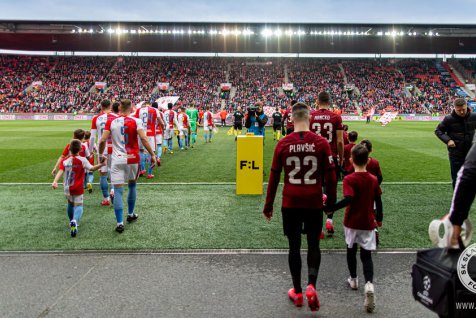