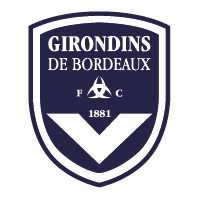 Slavia - Bordeaux
Goals: 35. Zmhral
Radio
Slavia won their opening game in Group C of UEFA Europa League. The one-goal victory over Girondins secured beautiful long-range shot by Jaromír Zmrhal.
Slavia still could not use captain Milan Škoda or centre-back Simon Deli, on the other side, Vladimír Coufal recovered from his knee injury suffered at the end of Slovácko game and was ready to start from the opening minutes. The red-whites thus begun with the same line-up as against Slovácko four days ago.

Slavia started better with the packed Tribuna Sever behind their back and created first bigger chance after 18 minutes when Hušbauer got rid of his defender and sent his low shot just one meter from Costil’s left post. This happened just few minutes after Girondins wasted one of their few chances when Koundé headed the ball above the crossbar following Plašil’s cross.

After 20 minutes Coufal returned the ball from the goal line on the spot and Traoré tried his luck with a bicycle kick but sent the ball above crossbar as well. On 25th minute Koundé could fire again on the other side but missed the target from 25 meters.

Slavia slowly gained dominance and were rewarded with an opening goal after 35 minutes. Hušbauer latched onto a long through pass, moved with the ball to the centre of the pitch and passed it to Jaromír Zmrhal. Our midfielder hit the ball with his left foot and sent it precisely to the top right corner of Costil’s net. One of the classiest goals of the opening night of the group stage!

Hušbauer could double the lead shortly before the break, but one of the defending players blocked his effort on the goal line.

The red-whites played better in the second half as well. On 72nd minute Tecl headed the ball just few centimetres next to the left post, a minute later Stoch found Souček’s head with his free kick, but our midfielder was denied by Costil and his perfect save.

After 81 minutes Coufal could add his second of the game after Coufal’s cross, but Bordeaux goalkeeper came with another great save to punch his low shot away. Girondins created pressure just within the last ten minutes, but created only one chance, when Cornelius fired from behind the box and Kolář managed to catch his effort easily.

Slavia thus got their first 3 points in Group C of UEFA Europa League and sit on top of the table (when Zenit drew 1-1 in Copenhagen). 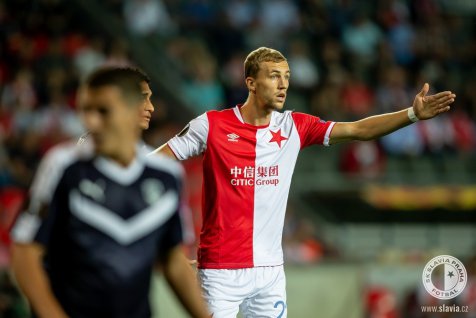 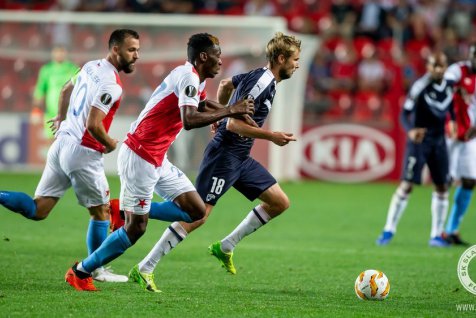 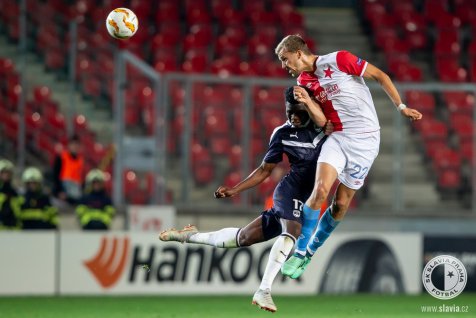 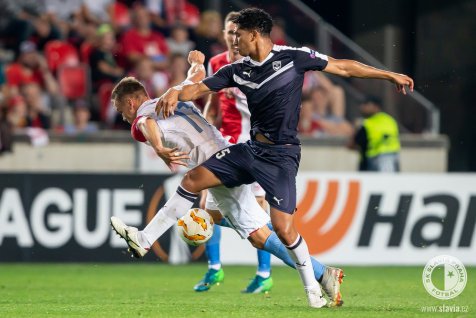 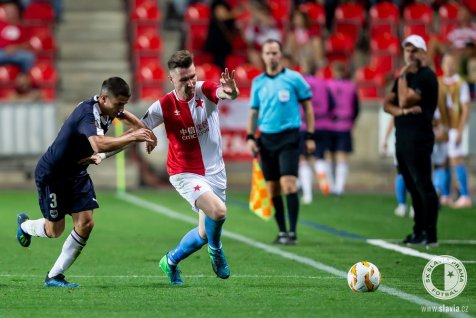 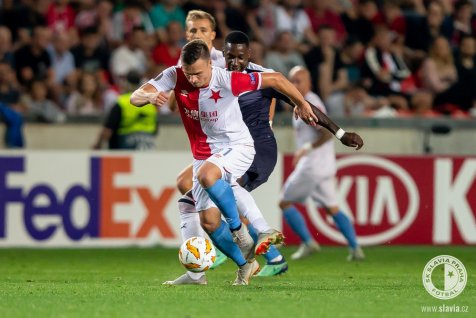