Slavia - Ferencváros
Goals: 36. Masopust
Radio
One-goal win against Ferencvarost wasn´t enough to erase the 0-2 away defeat and Slavia thus lost the Champions League hopes.
Manager Jindřich Trpišovský made couple of changes to his starting line-up in compare to the first match against Ferencváros. Tomáš Holeš replaced David Zima as centre-back, Jakub Hromada started instead of Petr Ševčík in midfield as well as Peter Olayinka who replaced Srdjan Plavšić. Stanislav Tecl appeared up-front. The opening ten minutes of the game belonged to Slavia. The Red-Whites put pressure on Ferencvaros defence which peaked with Hromada’s shot that went just over the crossbar. The next stage of the first half was not as one-sided, but the home side still had the ball on their feet for most of the time. Unfortunately, Slavia had to make an early substitution when Peter Olayinka got injured in the 16th minute and was replaced by Abdallah Sima. Another big chance came in the 25th minute. Ivan Schranz was tackled right in front of the penalty area and referee awarded Slavia a free kick. Nicolae Stanciu stepped up and sent a nice shot just over the crossbar. Half an hour into the game Jakub Hromada could open score when he went past Ferencvaros’ defence and sent his shot clearly on goal, but the ball was deflected by one of the defenders. Four minutes later Tecl’s shot from close range was blocked again by Ferencvaros defence. Slavia’s efforts were rewarded in the 36th minute. Abdallah Sima got past Wingo with his high-speed run on the left wing and passed the ball into the centre of the box to Lukáš Masopust. Our defender broke the deadlock with a close-range finish into an open net. The Red-Whites did not stop their attacking efforts in the second half trying to break down Ferencvaros’ resilient defence. Nicolae Stanciu had several opportunities to score after one hour of the game, but the goalkeeper managed to save his first two efforts and his low shot in the 72nd minute missed the left post. Trpišovský sent Kuchta and Plavšić on the pitch in the 65th minute and Petar Musa ten minutes later which led to Kacharaba’s chance in the 75th minute, but our centre-back failed to chip the goalkeeper and sent the ball next to the far post. Six minutes before the full time Ferencvaros went down to ten men after second yellow to Eldar Civić. Slavia created several chances in the six minutes of the added time, but none of them led to the second goal which would secure the extra time. Plavšić missed with his low shot from the edge of the box, Musa headed wide on the near post after a cross from the right wing. The Champions League hopes thus ended for Slavia in the 3rd Qualifying Round. The Red-Whites will continue in the Europa League play-off either against Legia Warsaw or against GNK Dinamo. 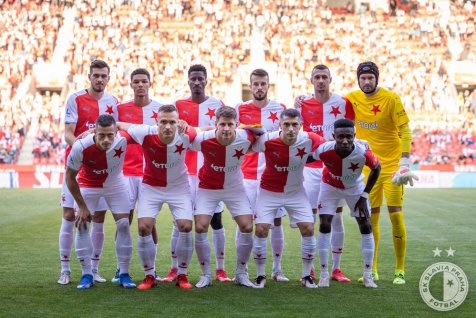 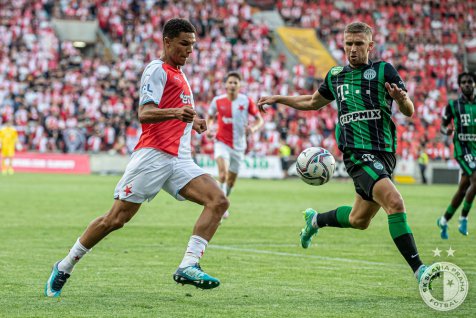 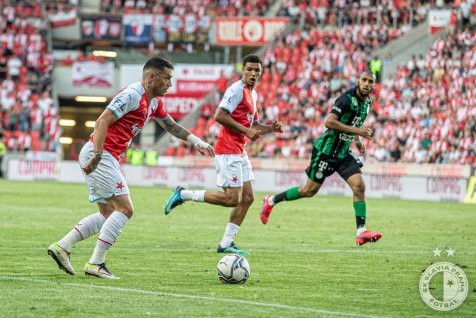 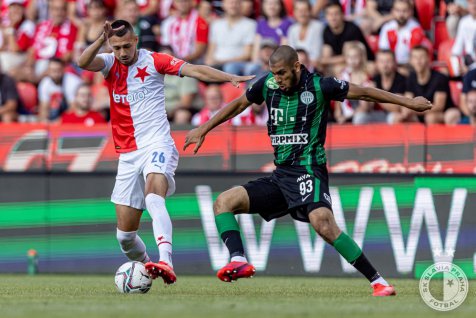 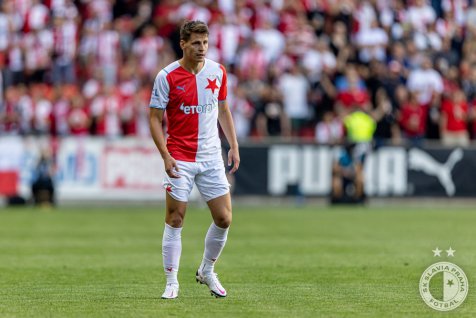 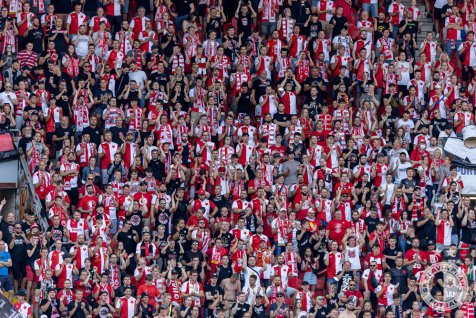 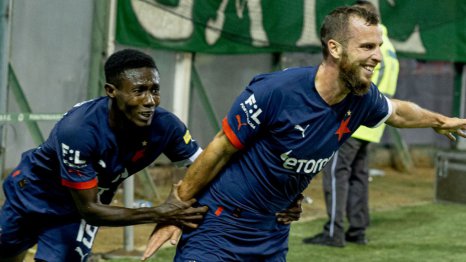 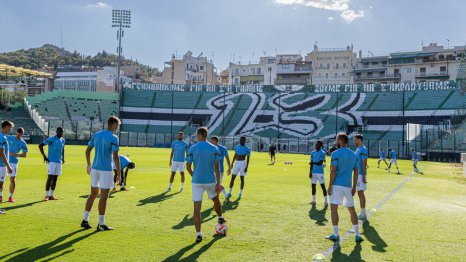