close
CZ CN
On Thursday Slavia will play their first away game of the UECL group stage. The Red-Whites will meet another Red-Whites, Feyenoord Rotterdam.

Feyenoord are part of “The Big Three” (De Grote Drie) in the Netherlands – together with Ajax and PSV – which is the nickname for the three most successful rivalling football clubs in the country. The club was founded as Wilhelmina in 1908 and adopted the name “Feijenoord” in 1947 which was changed to “Feyenoord” in 1974 when the professional club split from their amateur branch (which bear the name SC Feyenoord already from 1912). From 1912 the club is also wearing their notable red and white shirts and black shorts.

After entering the top division for the first time in 1918, Feyenoord won their first Dutch title six years later. From 1921, when they were promoted to Eerste Klasse, the club has played continuously in the top tier of the Dutch league system.

In the last season Feyenoord finished fifth in the Dutch Eredivisie behind Ajax, PSV, AZ and Vitesse which secured them the UEFA Europa Conference League qualification spot. 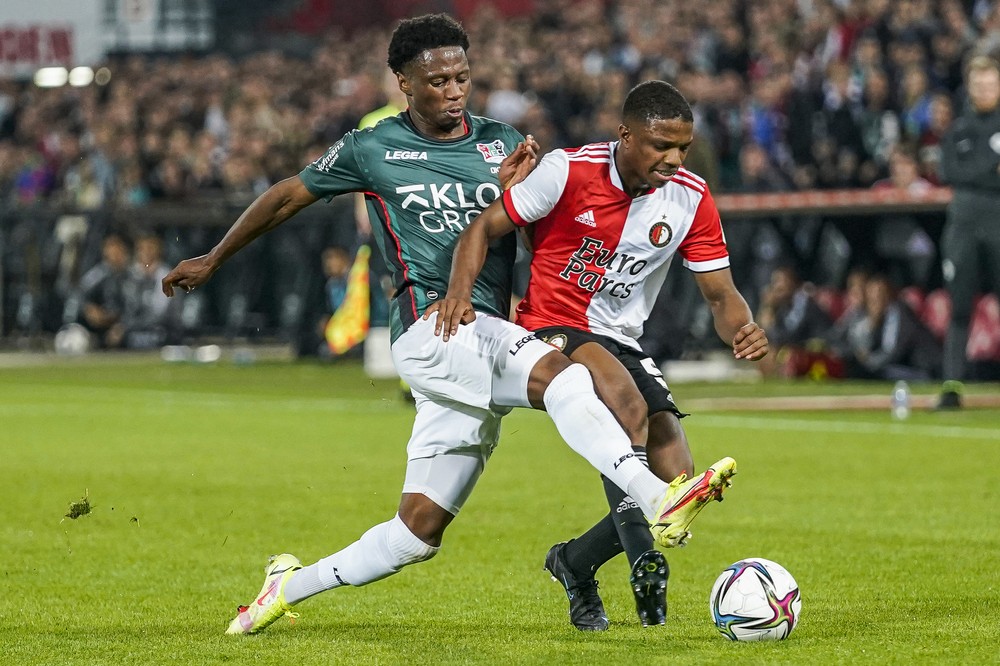 Feyenoord golden era dates to 1960s and 1970s. The club won 6 Dutch titles between 1961 and 1974 and was successful on the European field winning the 1969/70 European Cup defeating Celtic Glasgow in Milan 2-1 after extra time.

1973/74 was another year of European glory for Feyenoord when they became the first Dutch club to win the UEFA Cup. The first final leg against Tottenham Hotspur ended 2-2 in London, however, Feyenoord managed to win the second leg 2-0 at home.

It was not the last UEFA Cup triumph for Feyenoord though. In 2001/02 the club managed to win the competition for the second time after a 3-2 win over Borussia Dortmund home at De Kuip.

Undoubtedly one of the biggest names which ever appeared in the ed-white Feyenoord shirt was Johan Cruyff who joined the club after his famous spell in Barcelona and helped them to win the 1984 Dutch title. Along with Cruyff, Ruud Gullit was one of the key players for 1980’s Feyenoord.

Feyenoord sit third in the 2021/22 Dutch league one point behind second Willem II with one game played less. In the UECL qualification the Dutch club managed to eliminate Drita from Kosovo, FC Luzern (SUI) and Elfsborg (SWE). 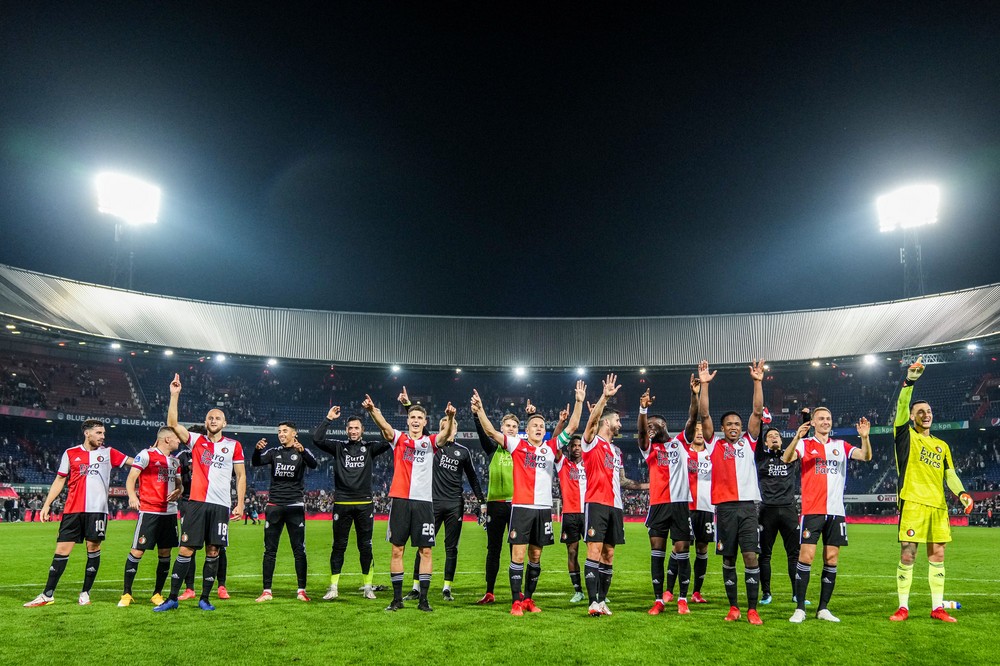 Feyenoord play their home games at De Kuip (Feijenoord Stadium) with the capacity of 47,000 spectators. The stadium was opened in 1947 and reconstructed in 1994 and 1999. A year later it hosted the UEFA EURO 2000 Final between France and Italy. New stadium with the capacity of 60,000 is planned near to the original one.