Kluž - Slavia
Goals: 28. Masopust
Radio
Lukáš Masopust was the only goalscorer of Champions League play-off in Cluj. Ondřej Kolář saved penalty in the second half.
Manager Trpišovský picked his expected starting line-up with Traoré in midfield helping Souček with defensive tasks and Stanciu playing as a No. 10 supporting the attack. Hovorka and Kúdela started as centre-backs.

The red-whites started better set the pace for most of the opening half. After 11 minutes Bořil missed the near post with his cracker, on 13th minute Olayinka created first opportunity for Slavia but missed the post with his effort. Ten minutes later kolář hed to perform a great save against Tucudean’s header on the other side.

Slavia took lead after 28 minutes and it was a move straight off the training ground. Stanciu's delivery from the corner kick found Masopust on the brink of the box and Slavia midfielder hit it first time past the keeper. 1-0.

The red-whites had the possession for the rest of the first half but failed to create bigger opportunities despite several promising build-ups. But it was CFR who started the second half better and after 51 minutes Rondon hit the post with his cross shot after Kúdela lost the ball on the right side. Just a minute later Luís Aurélio got into another chance but fired the ball wide from behind the box.

Slavia replaced Traoré with Král and van Buren with Škoda, but it was CFR who created more opportunities in the rest of the game. The pressure graduated and Slavia goalkeeper Ondřej Kolář had to show his class several times. But he saved his masterpiece for the 79th minute when Omrani got tackled by Olayinka in the box and the referee pointed on the spot. Omrani got the ball himself but Kolář saved his not-very-well-placed penalty.

On 82nd minute Stanciu sent long cross into the box and the ball got to Masopust who could add his second of the night, but his firm shot flew over the crossbar.

Slavia managed to keep Cluj at bay for the remining minutes of the game and will travel back to Prague with 1-0 win. The same result as 12 years ago from Amsterdam which led to the only qualification for UCL Group Stage in Slavia history. The second leg will be played on Sinobo Stadium in Prague on Wednesday, 28 August, at 9 pm. 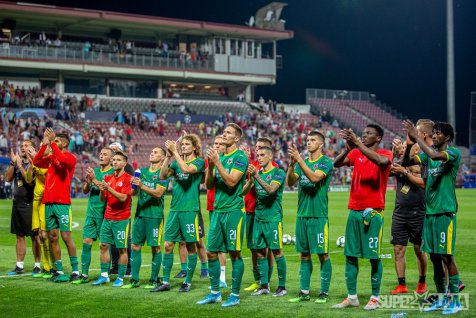 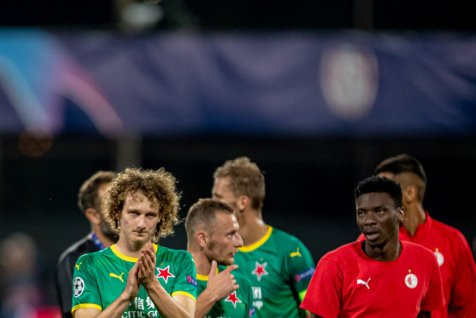 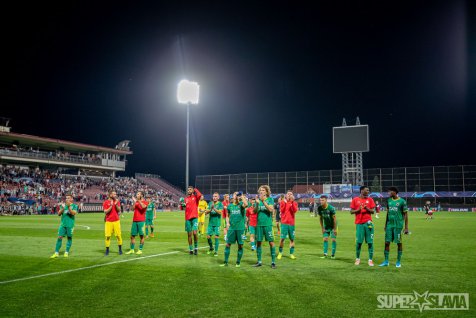 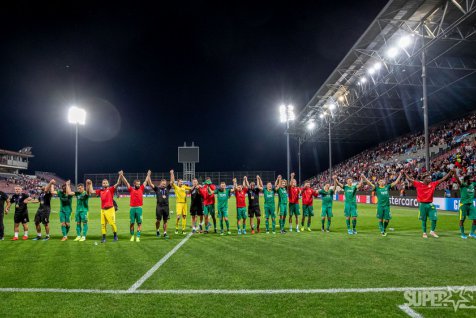 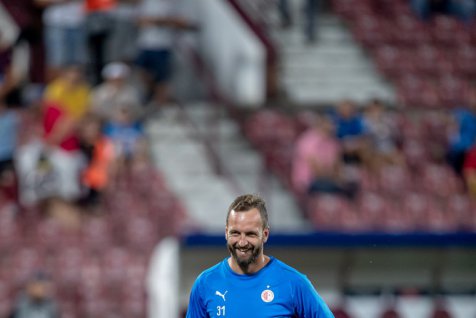 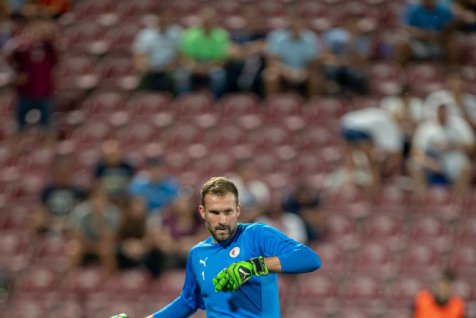 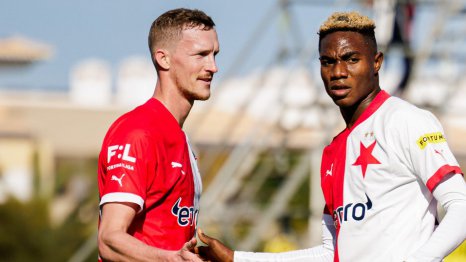