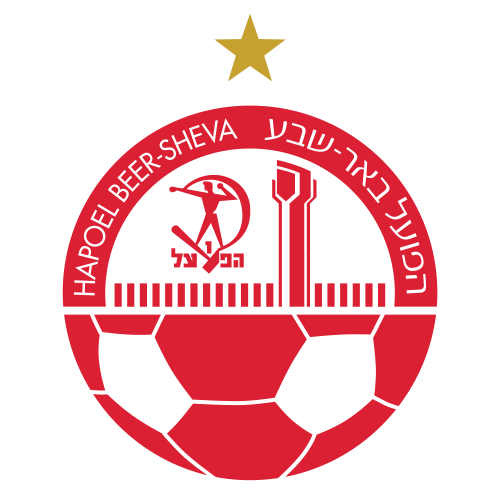 Jindtřich Trpišovský had to make a different line-up for the away game against Hapoel Beer Sheva as some players were not available for the match. Bořil, Hovorka and Kúdela started as three backs, Oscar Dorley and Traoré played as defensive midfielders and a trio of attacking midfielders consisting of Malínský, Ševčík and Provod started in front of them. Petar Musa and Stanislav Tecl started up front.

Slavia was trying to get trough the organized defense and got more possesion most of the time in the first half. The red-whites also created a number of good opportunities to score. The first shot of the game came from Petar Musa in the 18th minute but it was blocked by the defense.

Oscar Dorley tried his luck with a volley in the 28th minute after Traoré’s cross found him in the middle of the box but the shot was deflected by one of the defenders.

Ibrahim Traoré found himself in a great chance to score in the 34th minute. He fired the ball from the middle of the box but Levita managed to block it.

In the 37th minute, Ondřej Kúdela found Stanislav Tecl with a beautiful trough ball, Tecl got behind Loai Taha and ran all the way to the penalty area but his shot was saved by the Israeli goalkeeper again.

The first big chance of the second half came in the 61st minute. Nicolae Stanciu fired a shot from outside the box and Jan Kuchta had a golden opportunity to score from the rebound from a close range but Levita was able to block the shot.

Slavia broke the deadlock in the 75th minute. Malínský got a deflected ball, sent it into the penalty area to Lukáš Provod, our midfielder hit a nice volley to the near post and equalized.

However, Hapoel managed to score again in the 86th minute when Josué crossed the ball into the box to Acolatse who converted the chance easily. The same player then scored again into the open Slavia defence just two minutes later. He took the ball after a bad build-up by Hovorka and lobbed the ball over Ondřej Kolář from more than 20 metres to make it 3-1.

Slavia lost their opening game of 2020/21 UEFA Europa League 1-3 even though the red-whites were holding the ball and trying to get trough Hapoel’s defense most of the match. The next game of Group C will be played on 29 October home against Bayer Leverkusen.